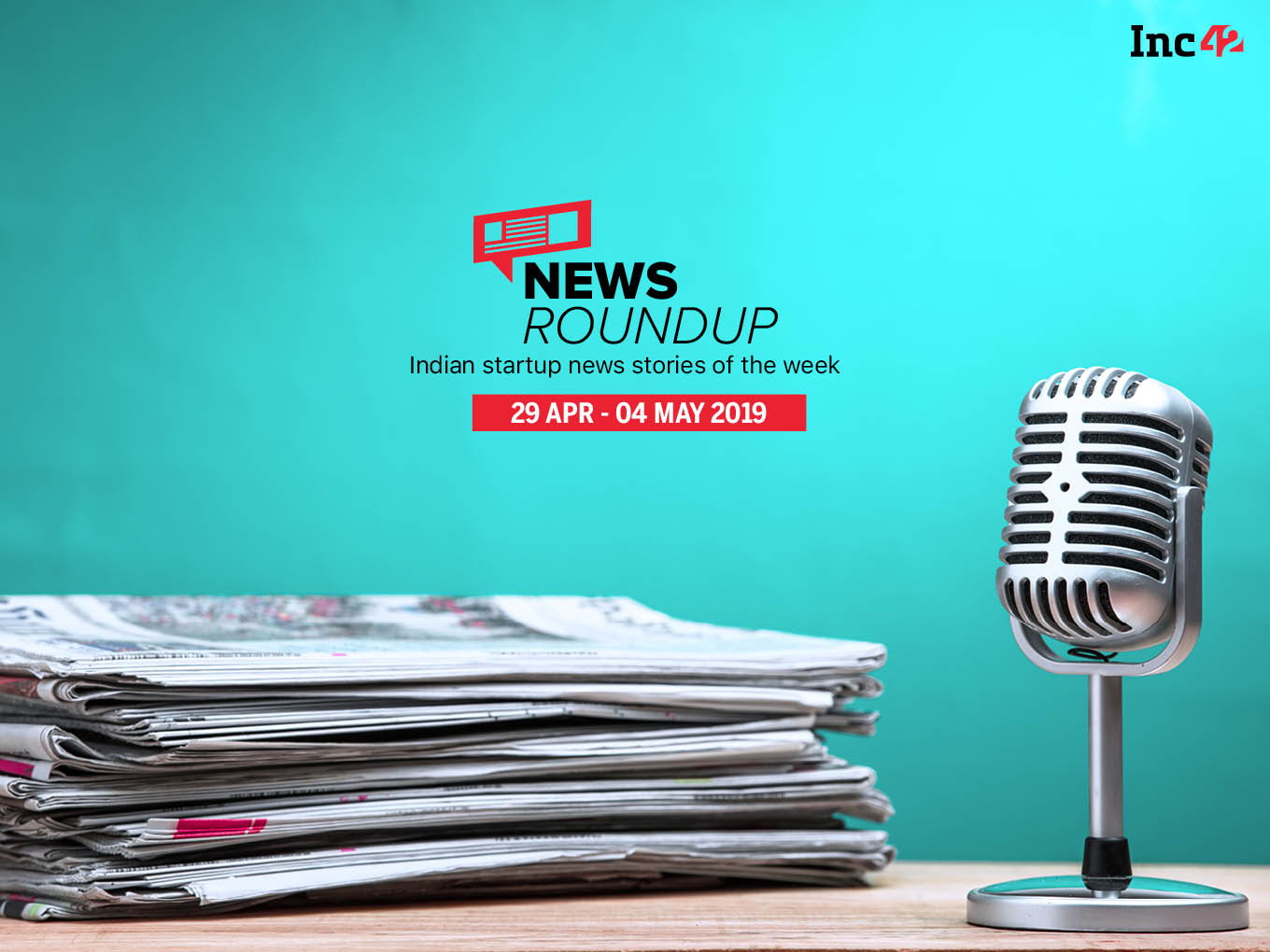 With the current government’s push towards digitisation, Unified Payments Interface (UPI) is making new milestones with every passing month. National Payments Corporation of India (NPCI) has now recorded 781.79 Mn transactions worth $20.42 Bn for UPI in April 2019. Although the number of transactions are less than the previous month (799.54 Mn), the amount of transactions ($19.2 Bn) is slightly higher than March 2019.

Meanwhile, after nine months of the historic Walmart-Flipkart deal, the ecommerce unicorn’s two key subsidiaries – Myntra and Jabong – have received a fresh breather. Amid all rumours, Walmart international division president and CEO Judith McKenna clarified that both companies will continue working as independent entities.

There’s a lot more that happened this week from Reliance working on a super app to Spotify claiming it has 2 Mn users in India in two months. Here are the other important news from the Indian startup ecosystem.

Reliance is in process to build a hybrid offline-to-online ecosystem, wherein via Super App, it aims to offer more than 100 services to its consumers. Reliance is hoping to leverage its Jio mobile internet subscriber base to onboard users for its ecommerce play, and will be using its extensive network of Jio service centres to facilitate deliveries. The company is yet to announce a launch date or a pilot timeline. At present, PhonePe is offering a similar super app with 25+ services while Ola and Amazon are in process to build such app.

WhatsApp Payments May See the Light Of The Day By July

For more than 13 months, the digital payments industry has gone from enthusiasm for the launch of WhatsApp Payments to losing out interest due to unconventionally long government nod it is taking. However, it looks like over 200 Mn WhatsApp India users may soon be able to pay on the messaging platform itself. In a Supreme Court hearing, Facebook-owned company has said that it will launch the payments services after fulfilling data localisation norms of the RBI and that may happen by July.

Indian unicorns— Ola and Flipkart— are looking to enter the credit card business in partnership with SBI and Axis Bank respectively. Flipkart may also partner with HDFC Bank. Apart from user acquisition and retention, this will also help the companies to understand the spending patterns of their users. Walmart-owned ecommerce company is also tracking up to 1,000 data points to gauge a customer’s ability and intent to repay dues.

The move aims at developing a standard process and key performance indicators to standardise expenses generated by media agencies associated with the government. These social media agencies are responsible for uploading government’s official digital content on platforms such as YouTube, Twitter and Facebook.

With the Indian General Elections underway, the Election Commission of India has been taking many steps to ensure free and fair elections. The latest step in this effort includes seeking views of social media companies to disclose data about problematic accounts and posts to Right to Information inquiries. This comes after EC and IAMAI negotiated a voluntary code of ethics for social media companies in this election season. Under the code, social media companies such as Facebook committed to taking expeditious action on any reported violations of EC’s rules.

Sweden-based music streaming giant Spotify launched its services in India in February this year. The announcement came in with the company’s results for Q1 2019, in which it reported total revenue of €1.511 Bn (INR 118 Bn), up 33% year-on-year. Globally, it now has 217 Mn monthly active users.

US Cos Look To Shift Manufacturing Base To India

With India being second-most populated country of the world, the benefits of cheap labour and hardworking employees seems to have outpaced China’s years-long dominance of being a manufacturing hub. The reports are rife that after the Lok Sabha elections 2019, about 200 US companies are planning to shift their manufacturing plants to India. The reason being strict compliance requirements of China’s communist government.

Apple CEO Tim Cook recently admitted that India is a very important market in the long term for Apple, even if it’s proving to be challenging in the current times. At present, Apple has a market share of just 1.2% in India’s smartphone market. In the face of stiff competition, the prices for iPhoneXR (a premium segment smartphone) are further reduced by 22%. Cook however believes that Apple is learning from its India experience every year and plans on tackling the Indian market with “all of their might.”

In a deeper insight to the growing Indian startup ecosystem, a report by Trifecta Capital showcased that women represent about 22% of the workforce employed by Indian startups.  The diversity tends to improve as a company moves from Series A stage to Series B stage. Referrals, personal networks and Linkedin continue to play an important role in senior hiring across stages of business.

The local search engine JustDial had a troubled few weeks after facing multiple data leaks. After a leak of 100 Mn users data including name, email, mobile number, gender, dob, address, photo, company, occupation & other details on April 12, and again on April 29 in with the company’s APIs which exposed the reviewer’s database of the company. The JustDial team told Inc42 that the issues have been fixed.

As India goes global becomes a bigger reality for sellers on Amazon, the global ecommerce giant revealed that Amazon India’s sellers have exported $1 Bn in goods, a 56% rise in the number of local merchant sales to international markets. Further, the company has projected that exports by Indian sellers will touch $5Bn by 2023, under Amazon’s global selling initiative.

Shoppers Stop Finds Its Way Back To Amazon India

Post announcement of new FDI regulations in December 2018, Amazon India had to delist all products of Shoppers Stop from its platform. The FDI policy restricts an ecommerce marketplace  from listing products of those companies in which they have a stake and Amazon owned a 5% stake in Shopper Stop. However, the company has now adopted a subsidiary route, and will now list via its separate entity Shoppersstop.com.

In the latest addition to Airtel’s bundle of services, the company has launched ‘Wynk Tube’. This is to bring digital entertainment to the next 200 Mn smartphone users from tier 2, 3 towns and villages. The Wynk Tube has been launched with a catalogue of 40 Lakh songs and lets users switch seamlessly between audio and video mode.

ByteDance-owned vernacular social media platform Helo claims to have taken down over 160K accounts and 5 Mn posts which violated its community guidelines, as part of its ongoing commitment to ensuring the safety of its users. The company shared that out of all the news posted on Helo, only 0.07% comprised of fake news content, which was instantly flagged off and taken down from the platform.