The country claimed certain proposals were discriminatory and trade distortive 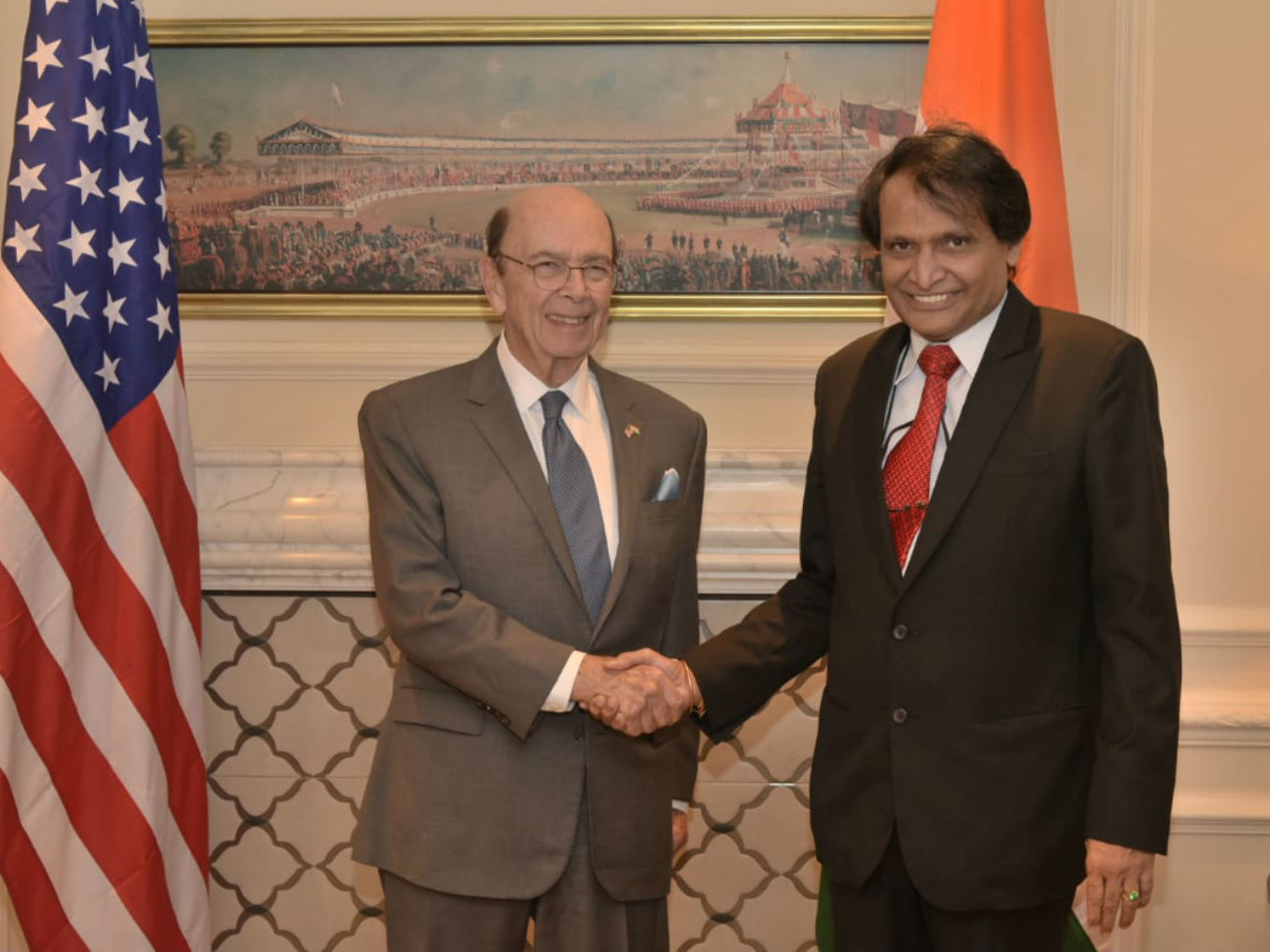 Concerns related to ecommerce, data localisation and data protection were the main focus of discussion between Suresh Prabhu, India’s Minister of Commerce and Industry and Wilbur Ross, the US secretary of commerce during bilateral talks held on Monday.

Citing anonymous sources, an ET report said that the major issues pointed out by the US were medical devices, IPR and ecommerce. However, no decisions were made during the meeting.

The US criticised both India’s data localisation and national ecommerce policy drafts, claiming that certain policy proposals are discriminatory and trade distortive.

Prior to the Indo-US meet, it was reported that Wilbur Ross is looking to discuss foreign direct investment (FDI) ecommerce guidelines with Suresh Prabhu. According to Ross, India’s draft ecommerce policy favours domestic players and hence it does not ensure level playing field for foreign companies such as Amazon and Walmart who have invested heavily in Indian companies.

The US government is also of the view that India lacks the required infrastructure to be able to save its companies’ data. To which, India had expressed its sovereign right over the data produced within the country.

Growing Trade Tensions Between US And India

With the Indian government’s strict stand on data localisation and its initiatives to boost domestic players, the trade relations between both the two countries may have been disrupted.

The central government implemented new FDI ecommerce guidelines from February 1 in order to ensure level playing field and boost its domestic sellers. As a part of these rules, about 49% of FDI may be allowed in inventory based ecommerce companies, allowing them to offer their own brands as long as they are made in India.

Last year, the US-India Strategic Partnership Forum (USISPF) had said that new ecommerce rules are regressive and could potentially harm the consumers.

Most recently, it was reported that India may consider lowering the import duties on high-end mobile phones but not on cheap phones as it could hurt domestic manufacturers. The move comes just days after the US has said it will withdraw the tariff concessions available to India under the Generalized System of Preferences (GSP).

Apart from this, both the countries have also been locking horns over India’s data localisation mandate which says that all companies have to store data of Indian users locally only on Indian servers. The move was aimed at reducing damages to Indians during data breach incidents.

Last year, two U.S. senators had written to Prime Minister Narendra Modi asking the government to soften its stance on data localisation. They have also added that complying with the (Reserve Bank of India) RBI’s localisation directive may result in imposition of “key trade barriers” between the two nations.