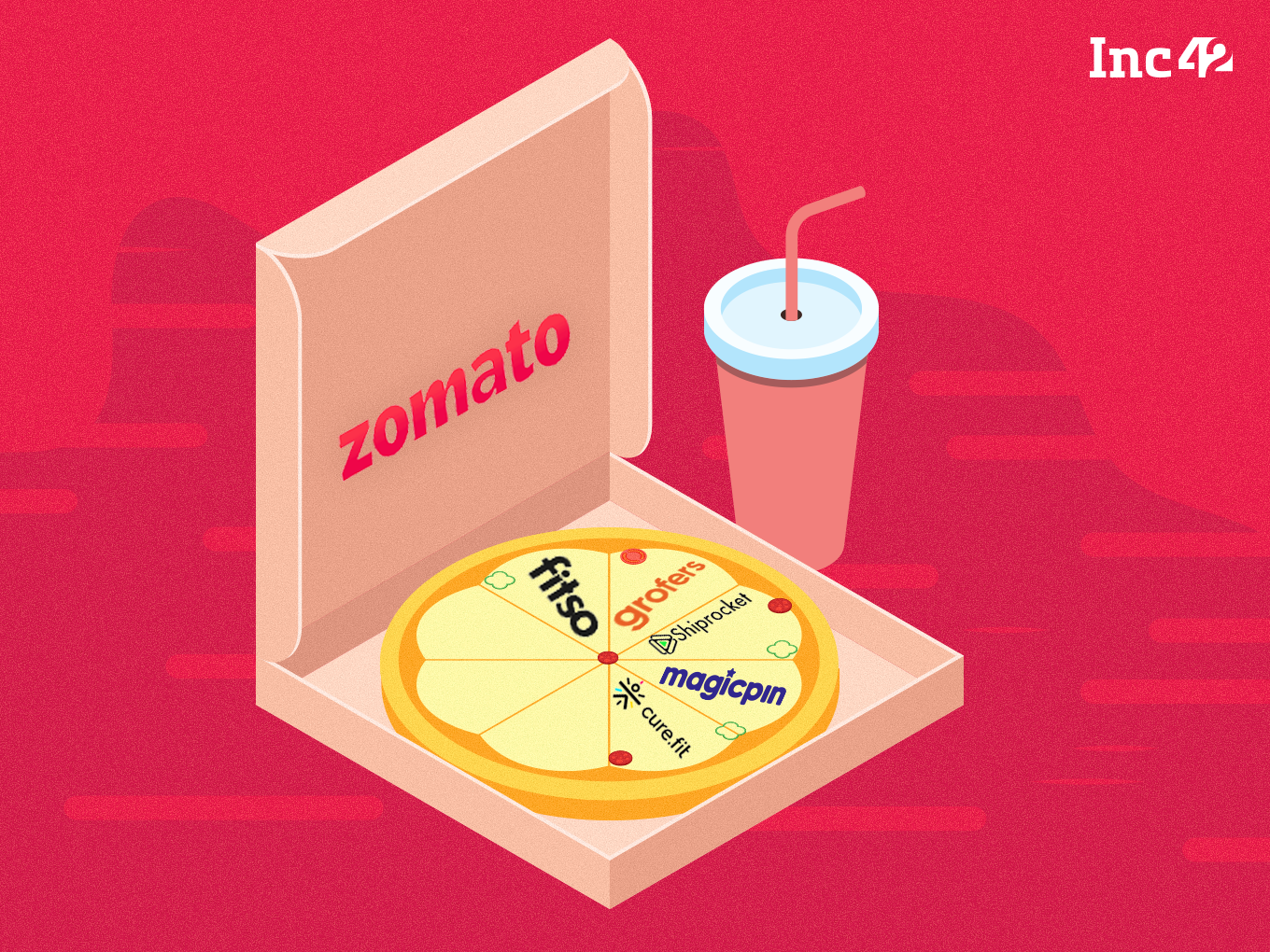 Zomato is taking a turn to become an ecosystem from just a food delivery and foodtech player by investing in a range of startups including Curefit and Shiprocket.

Given that this is similar to the strategy adopted by Zomato investor Info Edge, one can see where the company got its inspiration.

Will this move to invest in the digital commerce ecosystem pay off for the Deepinder Goyal-led company as it looks to bring more value to shareholders?

We’ll get to that, but here are two stories that caught our attention:

Zomato has bigger ambitions than food delivery. The company’s recent announcements of investments in Curefit, magicpin and Shiprocket underlines the first step that the foodtech giant is taking towards diversifying its business in the long run. This follows Zomato’s investment in Grofers and the quick commerce segment.

“We are bullish about the various use cases that we can plug our delivery fleet into, and we think we can be the primary contenders for building large businesses in hyperlocal e-commerce in India,” said CEO Deepinder Goyal, underlining the vision of building an ecosystem similar to Alibaba or Tencent.

⚗️ The Info Edge Formula: It also closely mirrors the moves made by one of Zomato’s earliest investors Info Edge, which not only had its own bevy of platforms, but also invested in other ventures.

Info Edge has backed the likes of Policybazaar, Mydala, Happily Unmarried, Meritnation and other startups, besides Zomato. Now, Zomato is looking to turn into a king-maker. “We want to take an investment route to building these businesses instead of building them in-house,” Goyal added.

The idea is to build other core businesses for Zomato, besides the food delivery vertical. But it won’t come cheap.

🤑Splurging On Startups: The $50 Mn investment in Curefit resulted in the fitness startup entering the unicorn club. Shiprocket is also one of the fastest growing logistics tech platforms in the country and the $75 Mn investment from Zomato would have come at a steep valuation too. Magicpin is valued at over $300 Mn after this round.

So Zomato’s strategy is not risky, but expensive for sure. It’s backing established players, which comes at a premium and the company will allocate a significant portion of what it raised to fund the acquisitions. Goyal said the plan is to deploy $1 Bn from the IPO towards such investments.

📊What About Profits? As ICICI Securities, Zomato’s advisory this week said, “While this is easier said than done, resisting the temptation of venturing into unrelated businesses is the key to long term shareholder value creation, in our view.”

So one of Zomato’s eyes would be turning to the financials and pleasing shareholders there. The company nearly doubled its consolidated net loss for the quarter ended September to INR 434.9 Cr, compared to INR 229.8 Cr last year. The increase in losses come on the back of a 174% rise in its expenses as delivery cost per order increased by INR 5. This needs to be arrested over the next couple of quarters.

🏆A Win For Zomato: Nevertheless, the stock market has responded very well this week to Zomato, with its market cap now crossing the $16 Bn mark.

Zomato’s share price rebounded after a slow few weeks to INR 153.10 at the end of trading on Friday, which is over a 15% jump in the past five days. Besides this, Zomato’s stock also got included in the Global Standard Index by MSCI, a notable global stock market index provider, which has also added to the investor confidence. 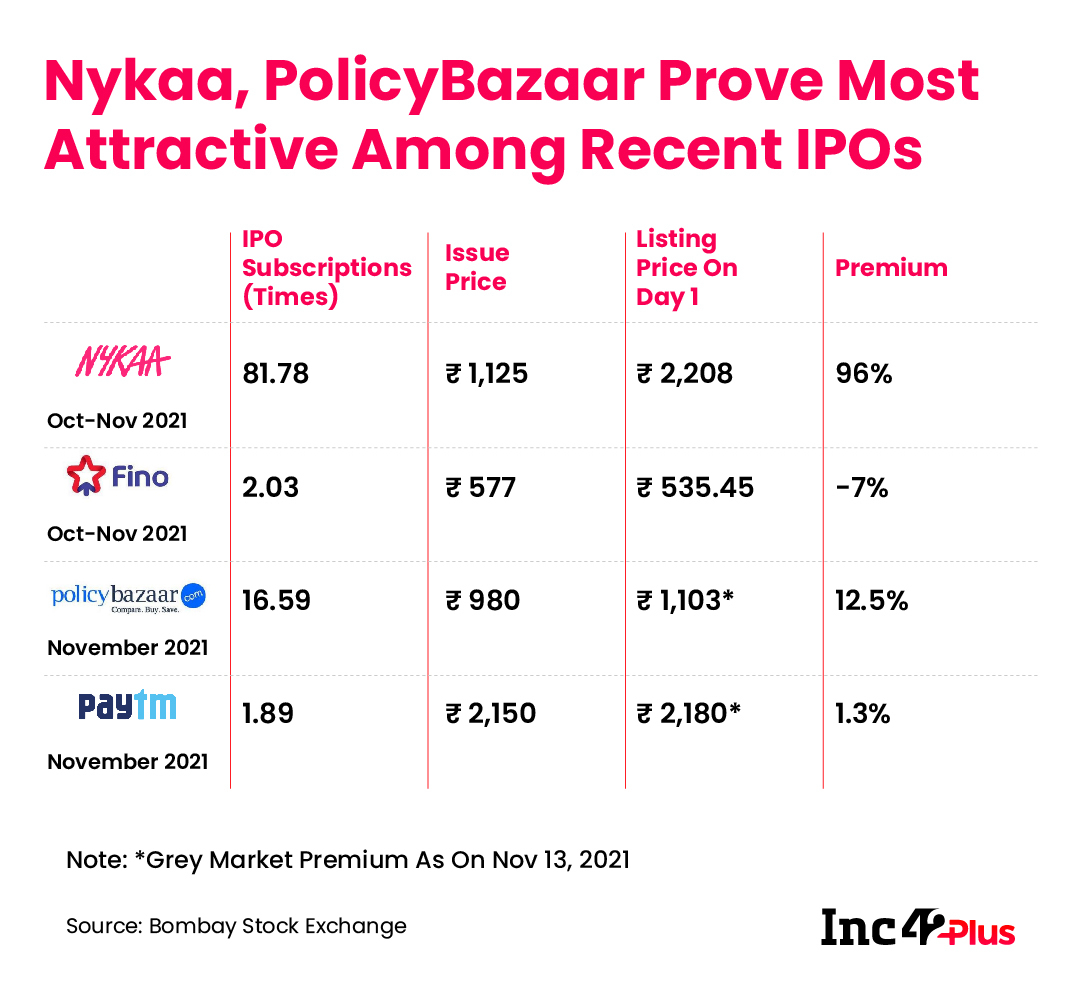 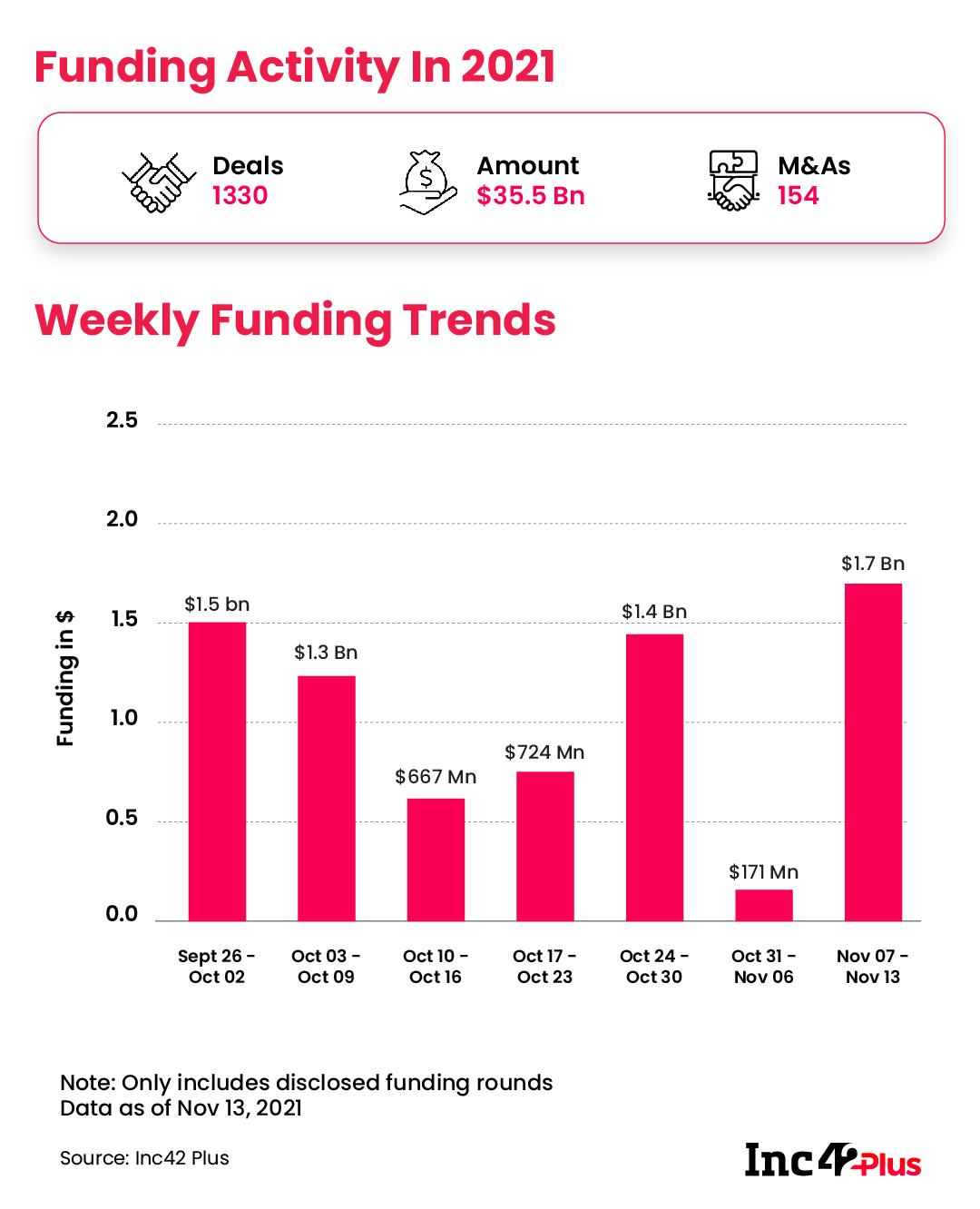 🎖️ Startup Founders In The Limelight

Venerable tech entrepreneurs Zoho’s Sridhar Vembu Info Edge’s Sanjeev Bikhchandani were honoured in the past week with Padmi Shri awards for 2021, the fourth-highest civilian award of India for their contribution to trade and industry.

Back in January, it was announced that Vembu would be conferred the Padma Shri, but Bikhchandani’s name was not previously mentioned. Both were naturally celebrated on Twitter, with many calling the Info Edge founder a pioneer of internet startups in India.

A big congrats to both from Team Inc42!

We hope plenty more startup founders receive such national recognition in the years to come, particularly as the tech industry matures and plays a bigger role in India’s economic growth.