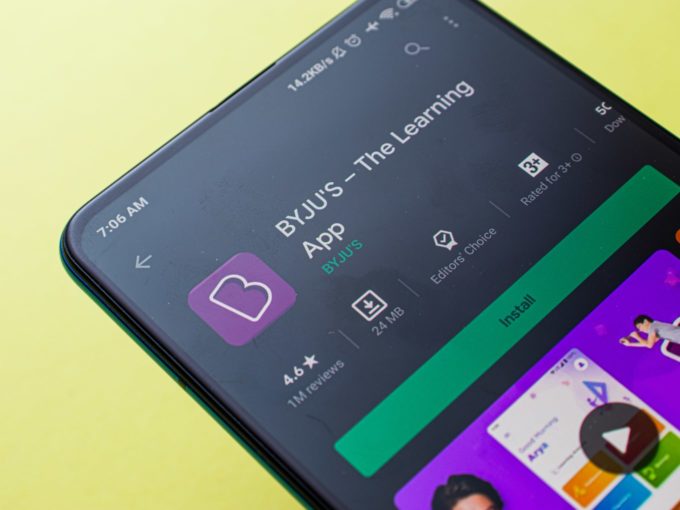 Edtech decacorn BYJU’s which is having a spectacular year in terms of acquisition and raising funds has once again come in the news cycle as it bagged a term loan B (TLB) funding round. People aware of the matter told Inc42, that the highest valued startup in the country – BYJU’s has raised $1.2 Bn in a TLB round.

BYJU’s became the second startup in the country to have raised a TLB funding round. IPO-bound hospitality unicorn OYO in July had raised $660 Mn from global institutional investors. Back then the company announced that their offer was oversubscribed by 1.7 times and received commitments of close to $1 Bn from leading institutional investors.

BYJU’s will be looking to utilise the fresh capital for offshore corporate purposes, meaning the startup is likely to acquire further businesses.

“The historic success of BYJU’S TLB, as the largest unrated TLB from India and Asia as well as one of the largest unrated TLB globally in history, reflects the strong credit story of the Company as one of the largest and fastest growth Global Ed-Tech platforms with comprehensive suite of products for multiple age groups, many strong brands, differentiated immersive content to make children fall in love with learning,” said Kamal Yadav, Managing Director, Morgan Stanley.

The development comes almost after a month when Inc42 exclusively reported in October that the Bengaluru-based edtech unicorn raised $296 Mn in Series F funding round at ~$18 Bn valuation. The round was led by Oxshott Venture Fund with Edelweiss, Verition Fund, XN Exponent Holdings, and MarketX Ventures also participating in the round.

In September, the edtech decacorn had raised another $150 Mn from Asmaan Ventures, Mirae Asset and ARK Ncore. Back then, the startup was valued at $16.8 Bn.

BYJU’s has made a record nine acquisitions already this year and has spent more than $2.6 Bn in doing so. The acquisitions were mostly done to increase its product portfolio and consolidate its market presence domestically and internationally.

The startup’s latest acquisition was US-based coding startup Tynker for about $200 Mn.

Here are the list of BYJU’s acquisitions this year:

Founded by Byju Raveendran and Divya Gokulnath in 2012, BYJU is looking for a domestic initial public offering in the next 18 months. According to Inc42 sources, the company is eyeing $40 Bn – $45 Bn valuation, almost 2.5 times jump from the current valuation.

Once the company files its DRHP with the market regulator, the startup will become the first Indian edtech company to head for an IPO. In the past six months, the Indian startup ecosystem has seen several startups taking the public market route.

In the fintech sector — Paytm, Policybazaar, and Fino Payments have already got listed, while MobiKwik is yet to announce the date. In the hospitality sector, EaseMyTrip got listed earlier this year, whereas OYO, Rategain and ixigo are awaiting SEBI’s nod. In the epharmacy sector, Pharmeasy is in final stages of filing an DRHP, while in the ecommerce segment – Nykaa has already got listed last month and has received a robust response from the market.