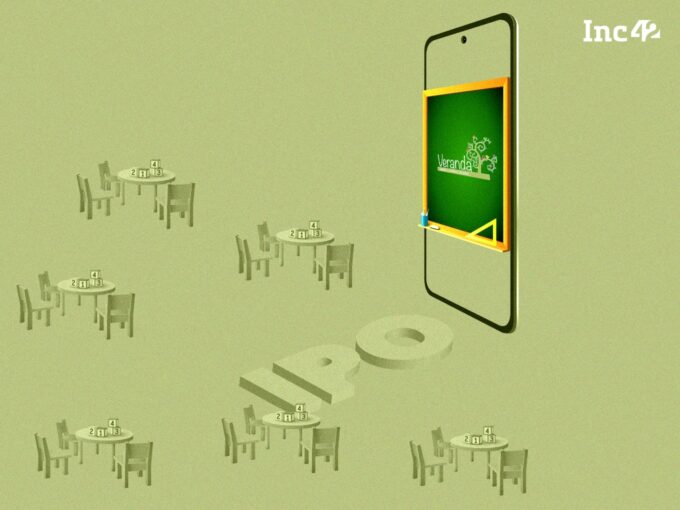 Veranda Learning Solutions has joined the queue of IPO-bound new-age digital companies in the country and has filed its draft red herring prospectus with SEBI in a bid to raise INR 200 Cr.

The proposed IPO consists of a fresh issue of shares. According to the DRHP, the company may consider a Pre-IPO placement of equity shares aggregating up to INR 50 Cr for cash consideration, prior to the filing of the Red Herring Prospectus.

The online learning plaform plans to utilise INR 60 Cr in repayment or pre-payment of part of its debt. Its outstanding debt as of October 31 was INR 160.78 Cr.

Further, it plans to use INR 50 Cr for growth initiatives while the rest of the net proceeds will be used for general corporate purposes.

The Kalpathi Group forayed into the edtech space by launching Veranda Learning Solutions in 2020.

It had acquired the online business of Chennai Race, a coaching institute for banking, SSC and PSC exams in late FY2020 and launched Veranda Race.

In September, Veranda acquired Edureka, a live-instructor-led online solutions provider for the IT industry, which was its second buyout since December 2020.

The company had then said that it is planning an outlay of around $100 Mn for acquisitions over the next 6 months to seize the opportunities opening up in the edtech space.