This week, 14 startups raised around $69.3 Mn in funding and three startup acquisitions took place in the Indian startup ecosystem altogether 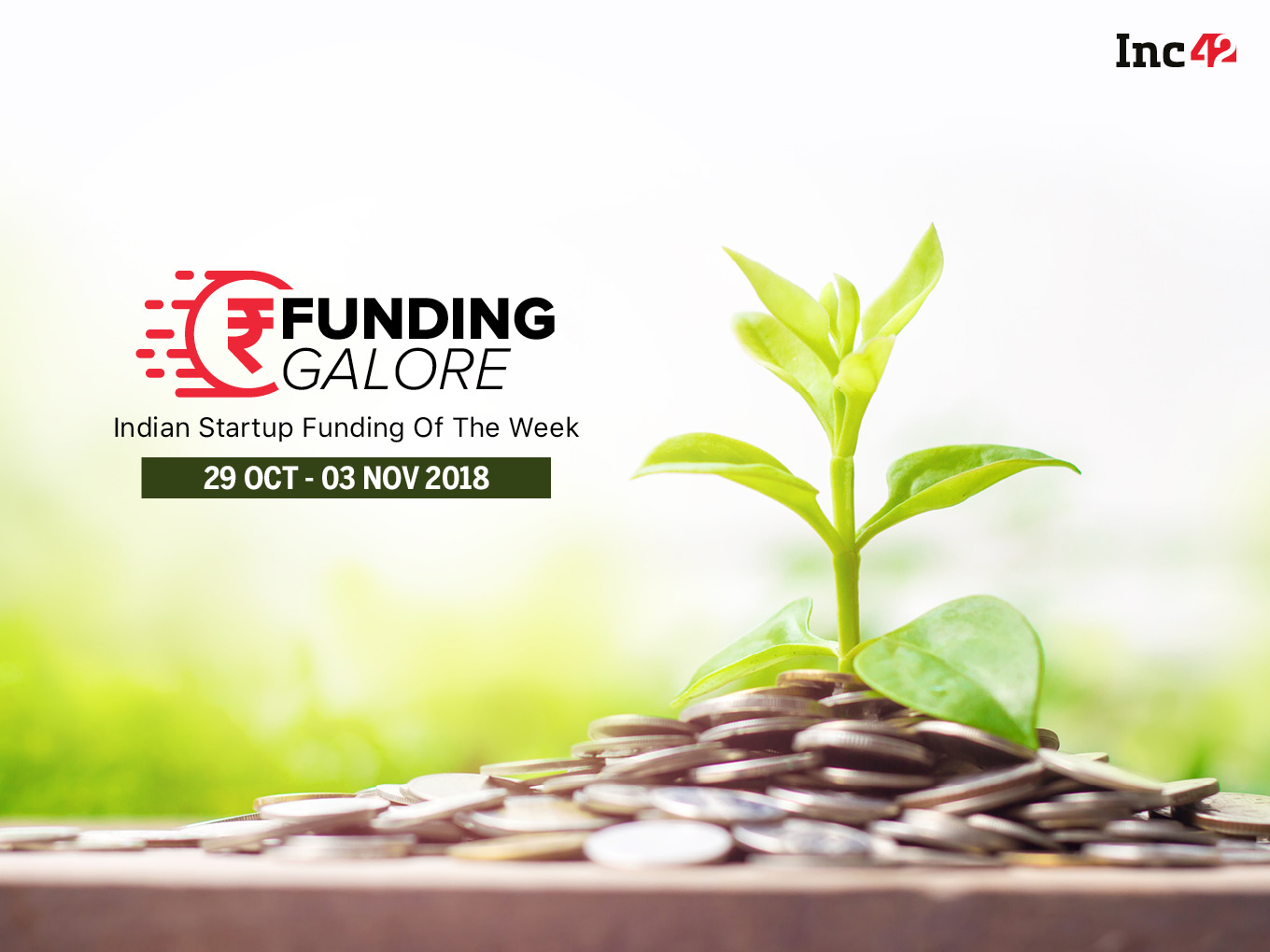 In one of the biggest developments for the week, Ibibo founder Ashish Kashyap marked his entry back into the Indian startup ecosystem with his new venture INDwealth, a full-stack wealth management and advisory company. In the stealth mode, the company secured $30 Mn in seed capital from Steadview Capital to launch its application in January 2019.

Apart from these, this week, 13 startups raised around $39.3 Mn in funding and three startup acquisitions took place in the Indian startup ecosystem altogether. (The startup funding calculations are based on the startups that disclosed funding amount.)

Lucideus: New Delhi-based cybersecurity startup Lucideus raised $5 Mn in a funding round led by the former Chairman of US-based technology conglomerate Cisco, John Chambers. The company plans to use fresh funds to expand its presence in the US as well as its existing markets such as India.

Sukkhi: Mumbai-based fashion jewellery brand Sukkhi raised $7 Mn in funding from Carpediem Capital and Duane Park. The funding will largely be used to grow “Sukkhi” as an omnichannel brand in order to reach last mile customers across India and globally.

Invenmi: Bengaluru-based ready-to-drink tea maker Invenmi raised $150K in a seed funding round from Texas-based venture capital firm Austin Seed Ventures. Invenmi plans to use the seed capital to expand to Mumbai, Kolkata, and Chennai. It also plans to build a supply chain and expand distribution in existing/new cities besides making sales and marketing hires.

Captain Zack: Mumbai-based pet grooming startup Captain Zack secured $1.5 Mn in Pre-Series A funding led by industrialists Kushal Desai and Chaitanya Desai through their family office along with Japan Vyas, co-founder of Sixth Sense Ventures, who had been an angel investor in the company. The company plans to use the fresh funds for marketing and brand awareness.

HoloSuit: Singapore-based virtual reality startup HoloSuit raised an undisclosed amount of funding from YWC sports which is a separate vertical under YWC ecommerce portal launched Yuvraj Singh as YouWeCan initiative to help cancer patients. As a part of this deal, Singh will also join the startup’s board as the Brand Ambassador for the sports wing at HoloSuit.

Sentieo: San Francisco and Delhi-based financial research platform Sentieo raised Series A funding of $19 Mn (INR 140 Cr) in a round led by growth equity firm Centana Growth Partners. The company’s existing investors including Clocktower Ventures and Long Focus Capital also participated in the Series A financing round. Sentieo plans to use the fresh funds towards global expansion and product development.

NIRA: Bengaluru-based fintech startup NIRA raised $1 Mn seed funding round from angel investors based in India and UK. The startup plans to use the funding to expand its core team, develop its technology and boost the growth of the startup.

GoDESi: Bengaluru-based packaged confectionery startup GoDESi raised $137.9K (INR 1 Cr) in seed funding led by Lead Angels Network with participation from other Angel Investors. The company plans to use the funding to aggressively expand its sales and distribution into other metro cities as well as strengthen the back-end supply chain.

Mobycy: Gurugram-based bike sharing platform Mobycy raised an undisclosed amount of fresh funding from Venture Catalysts. The startup plans to use the funding to further amplify this growth to pivot into e-scooters and e-bikes in a big way and capturing the high-growth market along with expansion in current cities.

Medikabazaar: Mumbai-based online aggregator for medical equipment and medical supplies Medikabazaar raised $5Mn in Series A round of funding led by Delhi-based healthcare-focused venture capital fund HealthQuad. Existing investors along with Elan Corporation, Sasaki Foods, CBCCo. Ltd, Kois Invest, Mitsui Sumitomo Insurance Venture Capital also participated in the round. With this new funding, the startup is looking to strengthen its technology and increase the team size including senior leadership.