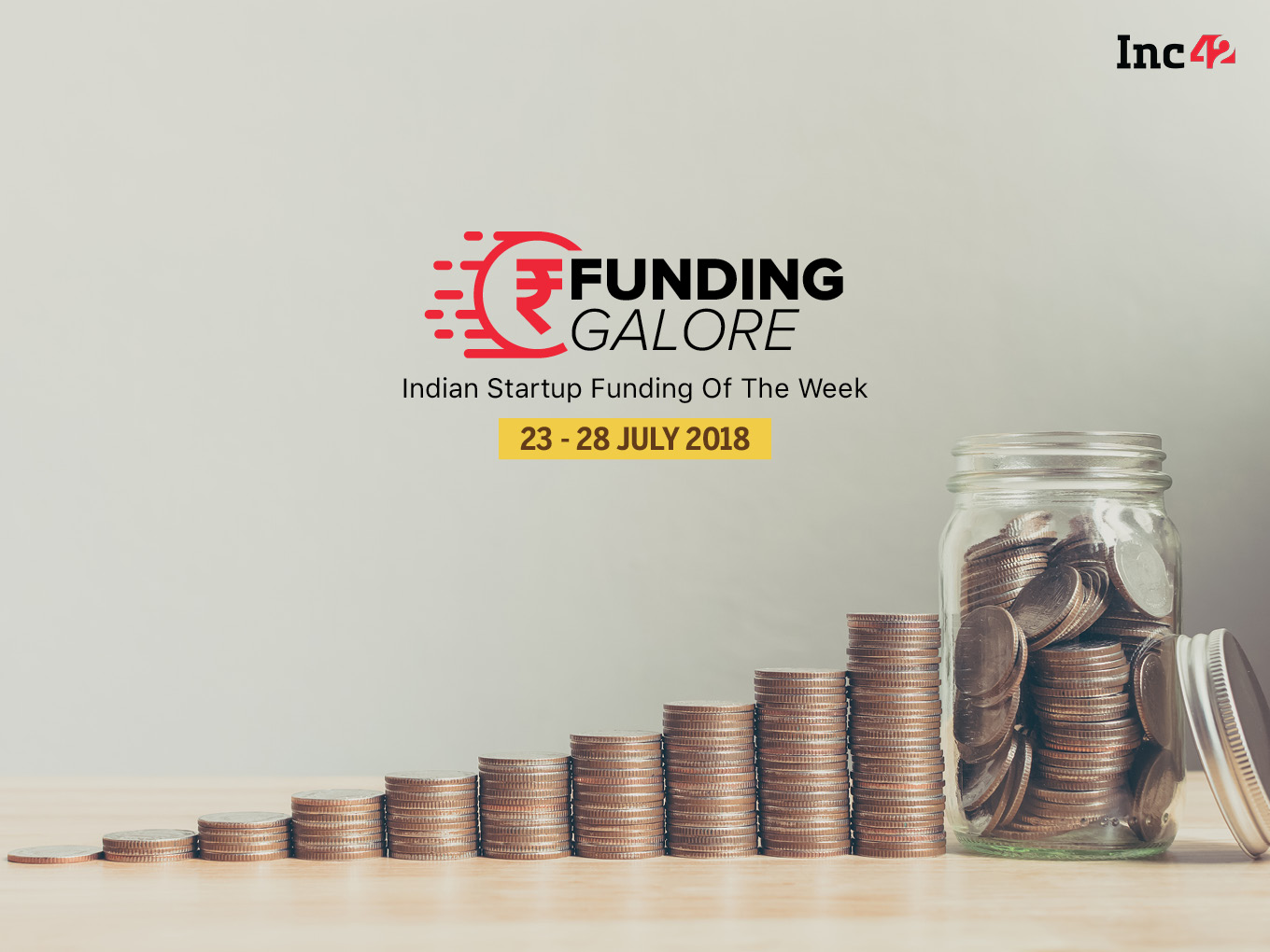 One of the biggest Indian startup funding this week was raised by Bengaluru-based insurtech startup Digit Insurance raised $44 Mn (INR 302.6 Cr) in its second round of funding from Fairfax Holdings. Digit Insurance plans to use the funding to expand its distribution network across the country.

In another development, there are speculations around online retailer eBay to join forces with ecommerce company ShopClues to relaunch its platform in India. With the planned acquisition, eBay plans to relaunch in India for cross-border trade play.

This week 19 startups raised around $152.46 Mn funding altogether. (The startup funding calculations are based on the startups that disclosed funding amount.)

Awfis: Delhi-based collaborative workspace provider Awfis raised $20 Mn in a Series C funding round from existing investors including Sequoia Capital, The Three Sisters: Institutional Office (TTS:IO), and InnoVen Capital. The company plans to bolster and deepen its network across India. It also plans to launch new and innovative products/services and further enhance the existing technology platform.

PaySense– Mumbai-based fintech company PaySense raised $18 Mn in its Series B round of funding led by PayU. The company plans to tap into the emerging middle class of India and looks to hire more people to strengthen its tech and data analytics team with the help of raised funds.

LoginRadius: New Delhi-based enterprise application provider LoginRadius raised $17 Mn in a Series A round of funding led by ForgePoint Capital and Microsoft’s venture fund, M12. The company plans to use the raised funds to accelerate product innovation, customer acquisition, and global expansion. It further plans to expand globally to serve the fast-growing $20 Bn customer identity market.

LifCare– New-Delhi based subscription online pharmacy LifCare raised $11 Mn in a Series B round of funding from SAIF Partners, Nexus Ventures, and Infrastructure Leasing & Financial Services Limited. The startup plans to use the funding to expand its geographical presence and further invest in technology.

Aye Finance: Delhi-NCR-based online lending startup Aye Finance raised $10 Mn in a latest round of debt funding by converting non-convertible debentures. The deal was led by global impact investment managers Triple Jump BV and MicroVest Funds and was executed by Northern Arc Capital (formerly IFMR Capital). The startup has already expanded its reach to 100 cities in 11 Indian states and has opened up its 102nd branch in Hyderabad last week.

Vokal: Bengaluru-based knowledge sharing platform Vokal raised $5 Mn in a Series A round of funding. The investment was led by Chinese investor Shunwei Capital, and 500 Startups. Existing investors Accel India and Blume Ventures also participated in this funding round. The startup is looking to soon expand into languages like Bengali, Marathi, Tamil and Telugu.

Iqlect: Bengaluru-based big data analytics startup Iqlect raised a bridge round of $2.5 Mn from Ventureast and existing investor Exfinity Ventures. The company is looking to hire VP’s for engineering, product management, marketing and sales and also a country manager for India. Also, it is in process of shifting its base to San Jose, US.

Entropik Tech: Bengaluru-based emotion AI startup Trell raised $1.1 Mn in a pre-Series A round of funding led by Bharat Innovation Fund. The startup plans to use the raised funds to scale its platform, Affect Lab 2.0, launch more IP-based products, and expand its global footprint.

Trell: Bengaluru-based experience discovery platform Trell raised $1.25 Mn in a Seed round of funding co-led by BEENEXT AND WEH Ventures. The startup plans to use the raised funds to expand and strengthen the team in the areas of product, technology, and data science.

MinersINC: Singapore and India headquartered P2P blockchain startup MinersINC raised an undisclosed amount of angel funding from V C Bothra. The startup further plans to deploy a community-driven approach in the entertainment sector for content creation and distribution, enabling direct and more rewarding interactions between all the stakeholders that make up the entertainment economy.

ModSpace- Gurugram-based designer brand for customised modular kitchens ModSpace raised $1 Mn from Arrivae. The company plans to use the raised funds to build its technology, team to expand its product offerings, and drive a better customer experience.

AyurUniverse: Bengaluru-based online health and wellness portal, accredited by the Ministry of Tourism, Govt. of India has raised $1 Mn from Air Deccan investor, the Ladhani family. The company plans to use the funds in developing disruptive AI and VR technology to enhance customer experience on the portal.

Log 9 Materials- Bengaluru-based nanotechnology startup Log 9 Materials raised around $437 K (INR 3 Cr) in a pre-Series-A round of funding from Metaform Ventures, Hemant Luthra, Chairman, Mahindra CIE, GEMS and other angel investors. This is a continuation of Log 9’s pre Series-A funding received from GEMS Advisory earlier in 2017. The startup has planned to use the raised funds to strengthen its commercial operations and patented product portfolio, as well as to boost R&D activities extensively.

VTION– Mumbai and Gurugram-headquartered SaaS-based platform VTION raised $280 K in a funding round led through AngelList India. The startup plans to use the raised funds to expand its product line in the Indian market and abroad, recruit its next level team, patent applications in select countries, and expand its product map into adjacent digital areas.

Kidovators– Bengaluru-based edtech startup Kidovators raised $180 K in a Seed round of funding from impact investor Gray Matters Capital. M Chandrasekaran, board member at Sylvant Advisors and former corporate advisor to the Manipal Group, also participated in the funding round. The startup will use the raised funds to scale its programmes to over 100K students and 600 partner schools in 2018 and to strengthen its core content, technology, and sales teams.

Kyte.ai: Mumbai-based smart sms application Kyte.ai raised $120 K from Y Combinator as part of its summer cohort 2018. The startup specialises in blocking spam and automatically organises the user’s inbox. It comes with an inbuilt spam blocker which gets updated in real time. The company claims to have crossed 100K downloads in the last two months.

Stay tuned for the next edition of Funding Galore: Indian Startup Funding of the week!