2020 In Review: From Zomato And Swiggy To Ola And Uber — A Year Of Protests By India’s Gig Workers

2020 In Review: From Zomato And Swiggy To Ola And Uber — A Year Of Protests By India’s Gig Workers 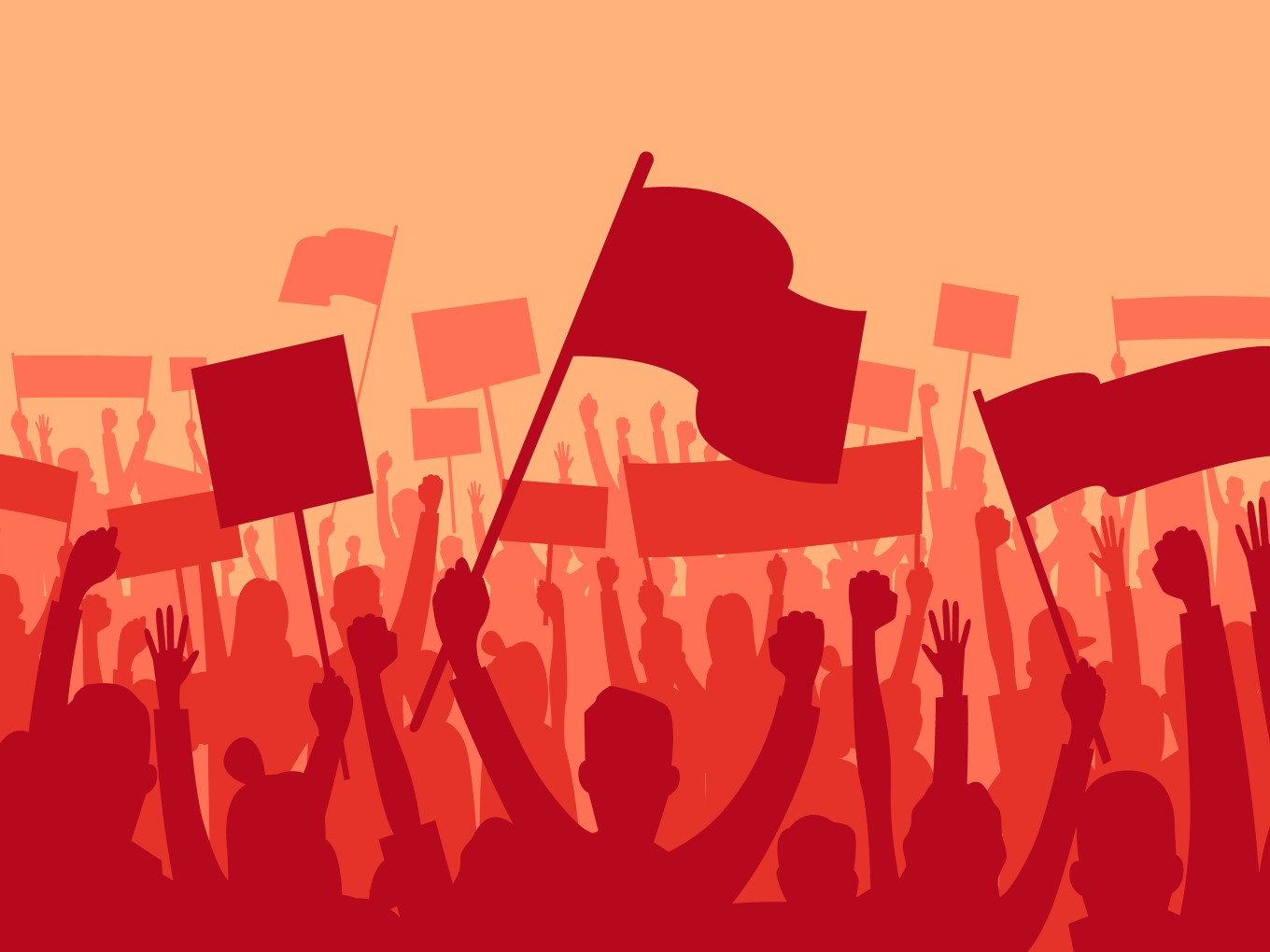 Swiggy’s delivery workers went on strike in Chennai, Hyderabad and Noida, talking about a fall in pay and removal of monthly incentives amid the pandemic

Beyond the gig economy, SMB sellers on ecommerce platforms Amazon and Flipkart also raised their voices against preferential treatment for larger brands and marketplace private labels

In every way, 2020 was an unprecedented year for India Inc. The Covid-19 pandemic proved many existing business models ineffective, forcing many startups to pivot and others to lay off huge chunks of their workforce. Notably, the difficult scenario for Indian startups has trickled down to effect a loss in revenue for temporary or gig workers who work with these companies as cab drivers and delivery workers, among other functions.

Previous reports by Inc42 have detailed what seemed like a ‘Season of Strikes’ this year for gig workers engaged with various aggregators and startups, in response to this drop in income and other changes in their work conditions.

To top this off, the end of the year saw protests near Bengaluru at a Wistron-owned plant, which assembles and manufactures Apple devices in India. The protests turned violent with the Taiwanese manufacturer suffering damages estimated to be $7 Mn.

An interesting thing to note is the sheer number of gig workers who had come out to protest against the policies by these companies, which started out with the intention of organising an unorganised market through tech but have turned profit-thirsty as their initial acquisition strategy hasn’t played out as hoped. As employment opportunities whittle away, many gig workers are forced to work for aggregators despite wanting to cut ties and this year was the straw that finally broke the camel’s back.

Here are some of the major controversies between gig workers and Indian startups in the year gone by.

Since September this year, Swiggy’s delivery workers have gone on strike in Chennai, Hyderabad and Noida, talking about a fall in their minimum payout per delivery from INR 35 to INR 15, and the removal of monthly incentives to the tune of INR 5,000. The company’s spokesperson has denied these claims made by workers and claimed that the wages have increased after the Covid-19 induced lockdown.

In October, Inc42 reported on clashes that had occurred in Hyderabad between Swiggy’s delivery workers who had gone on strike against the company, and others who had chosen to work due to a financial crunch at their homes.

In videos accessed by Inc42, delivery workers narrated their ordeals of being intimidated, threatened and pushed around by their fellow workers who were striking against Swiggy.

As of October, Swiggy claimed that it was operating in full strength in Hyderabad, even as workers’ associations told Inc42 that their demands had fallen on deaf ears and that Swiggy hadn’t worked to increase the wages of its workforce.

While Swiggy rival Zomato was not in the news for protests, it did face a scathing indictment in a recent report, ‘Fairwork India Ratings 2020: Labour Standards in the Platform Economy’ which highlighted just how much work is to be done for uplifting the lives of India’s gig workers.

The report, which scored and ranked 11 Indian startups on the basis of the work conditions prevalent there for gig workers, scored Swiggy, Zomato and Uber a paltry 1 out of 10. In response, Zomato founder and CEO Deepinder Goyal wrote on Twitter, “Zomato ranked at the bottom of 2020 Fairwork India scores. We knew we had things to work on, but we didn’t know that there is so much room for improvement. All of us here at Zomato take full responsibility for our abysmal scores in this area, and we will leave no stone unturned to perform better in these rankings next year.”

It is worth noting that with Zomato planning to go for an initial public offering (IPO) next year, its treatment of its delivery workers would assume importance for the public perception of the company and its financial health.

Earlier this month, an Inc42 Exclusive report highlighted that Zomato has been testing a new compensation model for its delivery partners in Delhi. The ‘weekly payout structure’ under the new model ensures a salary of INR 4-5K a week on logging a minimum of 60-65 hours per week.

In September, Inc42 reported that cab drivers working with ride-hailing companies Ola and Uber had gone on strike in New Delhi on September 1, to demand an extension of the Reserve Bank of India’s (RBI) moratorium on loan repayments.

The drivers had alleged that their earnings were badly affected due to the Covid-19 lockdown when demands for taxis had plummeted as people worked from home.

The drivers also protested against the 20-25% commission charged on the fare for each ride by ride-hailing companies, which they said should come down to 5-10%. The agitating drivers, through their association, also wrote a letter to PM Narendra Modi, in which they talked about a lack of social security and minimal earnings as reasons for drivers not being able to pay back their loans to the banks.

The moratorium ended on August 31 this year. However, for those still not able to make their loan repayments, banks provided the option of loan restructuring, whereby repayments could be extended for up to two years. To avail such an option, a person had to approach their bank with documents such as their termination letter (if they have been laid off amid the pandemic), pay cut letter or your bank statement, necessary to establish that his/her ability to service the loan had been badly impacted due to Covid-19.

Last month, the road transport ministry issued Motor Vehicle Aggregator Guidelines – 2020, to provide a framework to the state governments and union territories for the issuance of licenses as well as regulating the business conducted by such aggregators, including Ola and Uber.

However, cab drivers’ associations weren’t satisfied with the provision of guaranteeing 80% of the ride far for cab drivers — mentioned in the guidelines — as they felt that it worked in the favour of cab aggregators Ola and Uber, who’ve anyways been levying a 20% commission from drivers.

Small Sellers Team Up To Take On Flipkart & Amazon

Through the year, small sellers on ecommerce platforms Amazon and Flipkart have talked about these companies only working to the benefit of their preferential network of sellers, who are alleged to be garnering the most visibility for their product, and by extension, receiving the most number of orders.

In August this year, the All India Online Vendors Association (AIOVA) had filed an antitrust case against Amazon with the Competition Commission of India (CCI), accusing it of anti-competitive practices through preferential treatment of seller entities such as Cloudtail, Amazon Retail and Amazon Wholesale, where it either holds a stake or they are its group companies.

A similar investigation for “abuse of dominance” had been initiated against Flipkart earlier this year.

These complaints were amplified during the Diwali festive season sales for both Amazon and Flipkart during the third and fourth weeks of October this year. While various estimates said that both platforms had surpassed last year’s numbers in cumulative sales and sold goods worth $4.7 Bn between October 15-22, small sellers complained of various issues such as their goods being shown as ‘Out of Stock’ on Flipkart’s website, even when they weren’t. They also complained about the lack of logistical support for the deliveries of the orders they had received during the sale.

On January 18, 2021, the Karnataka High Court will hear CCI’s plea for vacating the stay on an investigation into Amazon and Flipkart, for anti-competitive practices.

Chinese ecommerce platform Club Factory was one of the apps that were banned by India on June 29, as the government held that these apps were jeopardising the data privacy and security of users.

Soon after being banned, Club Factory, in mid-July, told the Indian sellers who used to sell goods on its platform that it was suspending their payments for goods sold, by invoking the ‘force majeure’ clause. Force majeure is a common clause in most contracts, which states that unforeseen circumstances (a natural disaster, a government coup, a terrorist attach etc) would mean that both parties can invoke the clause to be temporarily freed from their obligations.

However, sellers’ association AIOVA, in its complaints to RBI against Club Factory, held that the ‘force majeure’ clause cannot be applied to an escrow account. According to AIOVA, marketplaces are bound by RBI directives to keep the money collected on the behalf of sellers in escrow. A separate group of sellers sent a legal notice to the Chinese company, stating that the ‘force majeure’ clause can’t be invoked at a time when the National Disaster Management Act is in place in the country.

Nevertheless, Club Factory’s sellers continue to wait for their payments. Their struggle is similar to that of HomeShop18 sellers, who’ve been waiting on their pending dues from the company for more than a year now.

An Inc42 Plus story from September, titled, [The Outline by Inc42 Plus] India’s Gig Economy On Strike, analysed the myriad reasons for gig workers dissatisfaction with their working conditions this year, and how the Covid-19 pandemic has dented their earnings.