Indian ecommerce players have always said that they are committed to the growth of smaller Indian sellers, the MSMEs and kirana stores

This festive season, several sellers have been complaining about their sales being hampered due to Flipkart’s limited logistical capabilities 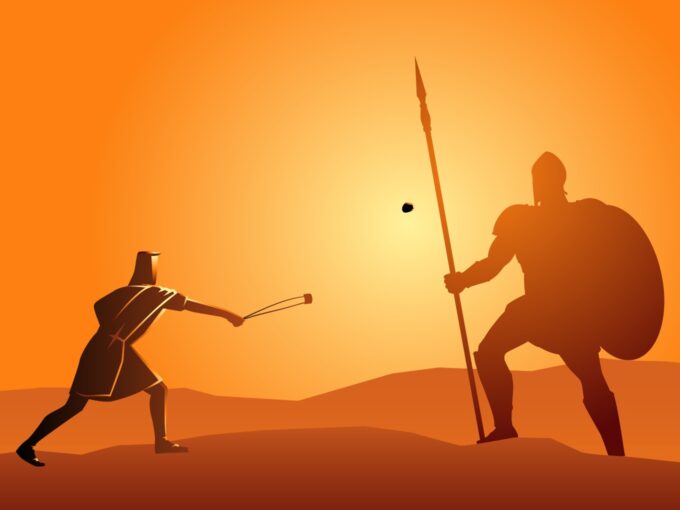 The Indian festive season is in full swing and ecommerce players are ecstatic. Each day begins with one of the country’s major online retailers emphatically declaring victory in the ‘war of sales’.

“Revenues surpassed last year’s numbers, more sellers became lakhpatis and crorepatis,” read their company blog posts. According to estimates, the cumulative sales between October 15-22, for two of India’s biggest ecommerce players, Amazon and Flipkart, were worth $4.7 Bn. Both companies also say that they are committed to the growth of India’s micro, small and medium enterprises (MSMEs) and kirana stores, who have supposedly seen greater sales figures and gained access to a wider market by selling their wares on Amazon and Flipkart.

However, the smaller sellers comprise the angry lot this festive season. And they are convinced that the bigger ecommerce players backed by foreign investors are responsible for their miseries.

On October 24, a day before Dussehra, traders affiliated with the Confederation of All India Traders (CAIT) burnt effigies of ecommerce companies such as Amazon, Flipkart and Snapdeal. The reason? These ecommerce companies have “vitiated and destroyed India’s retail ecosystem with their unethical malpractices and circumvented India’s FDI norms for their ulterior motives,” wrote CAIT in a tweet.

CAIT’s methods can be questioned. After all, it is the same body that called for the boycott of Indian startups such as Swiggy, BYJU’S and Dream11 for having Chinese investors, which one would realise, is an exercise that lacks logic.

CAIT also stresses on the need to regulate content on OTT platforms in India to safeguard “Indian culture and morality”. Burning effigies is CAIT’s favourite vocation it seems. In the aftermath of the clash between the armies of India and China in Ladakh’s Galwan Valley in June this year, CAIT burnt effigies of Chinese president Xi Jinping to call for the boycott of Chinese products.

Nevertheless, its vociferous arguments against Indian ecommerce players aren’t without a reason, as is evident by checking the smaller sellers’ reactions to the festive season sales this month.

Since October 16, when Flipkart’s six-days-long “Big Billion Days” sale kicked off, the company’s posts on a Facebook-verified page called “Flipkart Sellers Hub” have received comments from outraged sellers who faced challenges during the sales period.

One seller claimed that his products were shown as ‘Out of Stock’, even though many items were still in the company warehouse. The same complaint has been echoed by several sellers, who have flooded the Facebook page with comments expressing their anger.

Another seller, Vineet Singh, accused Flipkart of having pathetic support for sellers and lack of logistical capacity, leading to several of his products being listed as non-deliverable.

As Inc42 has understood from several such comments left by sellers on Facebook, when Flipkart saw high demand during the sale, it sent the sellers on its platform the following message: “Due to high demand for products listed from your area, our logistics partner is nearing its maximum capacity. Hence, to manage your order flow efficiently, some of your products will show ‘Non-Deliverable’ on the Flipkart website/app.”

Several buyers on the Flipkart platform also tweeted screenshots of products tagged as ‘non-deliverable’ for their pin codes.

The All India Online Vendors Association (AIOVA), which claims to be representing the interests of more than 2,000 sellers, has said that the sales figures for ecommerce companies quoted by industry consultants are inflated since a lot of sellers haven’t received their dispatch instructions.

In a statement to Inc42, AIOVA said, “As usual, the marketplaces’ sales were dominated by their preferred sellers. Again this year logistic capacity was denied to sellers. Now returns and undelivered orders are piling up.”

In August this year, AIOVA had filed an antitrust case against Amazon with the Competition Commission of India (CCI), accusing it of anti-competitive practices through preferential treatment of seller entities such as Cloudtail, Amazon Retail and Amazon Wholesale, where it either holds a stake or they are its group companies.

A similar investigation for “abuse of dominance” had been initiated against Flipkart earlier this year.

The sellers association’s assertion, about ecommerce players having a web of preferential sellers, is backed by Samir Kazi, lead ecommerce consultant at Grow360, a boutique ecommerce consultancy firm. “It is a well-known fact. All ecommerce companies have their preferred sellers who benefit during periods of sales. These sellers also have the finances and logistical capabilities to fulfil multiple orders at the same time.”

It is worth noting that Flipkart has three tiers — bronze, silver and gold — for its network of sellers, based on the volume of goods sold by each seller, their years of experience with Flipkart and customer feedback on their products, among other things.

While witnessing a crunch in logistical capacity, it is understood that Flipkart may have prioritised orders of sellers based on their ranking, i.e. orders for sellers ranked in the topmost ‘gold’ tier would have been prioritised for delivery.

“These companies have their own preferential network of few sellers, who end up receiving 80-90% of all orders, while the smaller sellers are left in a tight spot. MSMEs and Kirana stores are encouraged by Flipkart to pull out all stops to ace the festive season. Many of them invest lakhs of rupees in stocking up on inventory but aren’t even able to break even during the festive season,” said Khandelwal.

Responding to the complaints of sellers and their associations, Flipkart reiterated its earlier claims that the festive season sale had been beneficial for MSMEs and the Kirana stores.

“This Big Billion Days further brought forth small businesses from smaller towns. Within the 35%+ new seller base this BBD, around 60% of the sellers were from Tier II and Tier III towns. The cherished Flipkart Samarth program for artisans and weavers saw a 7X growth in the number of sellers. With the program reaching 7X more cities; 60%+ Samarth sellers came from Tier II and beyond cities.”

The Walmart-owned company also gave its clarification on the complaints of a clutch of sellers.

“As the platform witnessed a surge with consumers across the country flocking to meet their shopping needs, we came across a minor glitch that may have impacted the order placement for a short period of time. Our teams were notified immediately and the matter was resolved in no time. At Flipkart, it is our constant effort to democratise and ensure that all seller partners have an equal opportunity to serve a pan-India consumer base of over 250 Mn people,” a Flipkart spokesperson told Inc42.

India’s burgeoning ecommerce sector, projected to grow from a market size of $38 Bn in 2017 to $200 Bn by 2026, has frequently witnessed friction between online marketplaces such as Amazon and Flipkart and those who sell goods through these platforms. Smaller sellers arguing that etailers prioritise a select group of “preferred” sellers is a frequent point of debate. Other concerns such as the commission charged by these platforms from the sellers, and Amazon and Flipkart promoting their in-house brands over outside ones, have also been voiced by sellers associations.

Flipkart began its six-day Big Billion Days on October 16. Amazon, for the first time, has announced a month-long Great Indian Festival which began on October 17.

According to estimates put out by RedSeer Consulting, Covid-driven digital adoption will add 30-40 Mn new online shoppers in the whole of 2020. This will be an addition to the 130 Mn online shoppers that were recorded in 2019.