Videos of the workers pelting stones at the facility, parts of which were set alight, breaking windows and doors have been doing the rounds of the internet 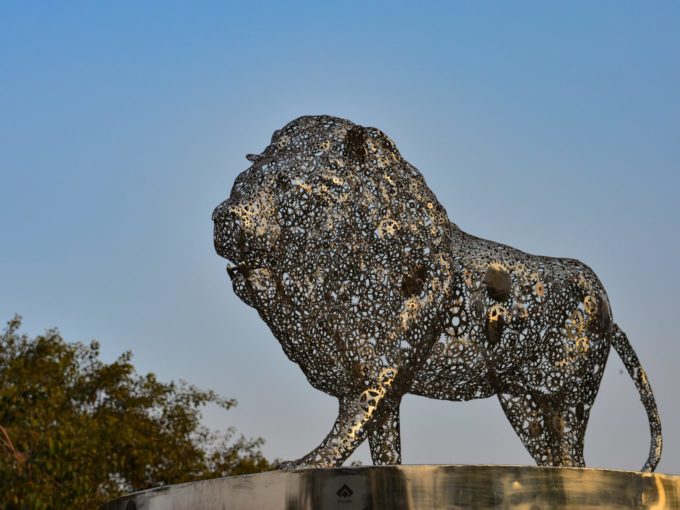 The euphoria over Apple’s ambitious ‘Make in India’ plans suffered a jolt this weekend when workers hired by third-party staffing agencies, employed at Apple’s contract manufacturer Wistron’s iPhone manufacturing facility near Bengaluru, vandalised the unit on the pretext of unpaid wages.

Videos of the workers pelting stones at the manufacturing unit, parts of which were set alight, breaking windows and doors have been doing the rounds of the internet, raising serious concerns about whether India’s plans of becoming a smartphone manufacturing hub will come at the cost of the welfare of its human capital.

Since the incident, workers at the facility have told sections of the media about not being paid for overtime at the Wistron facility, while also being lathi-charged by the police as they queued up to punch in their attendance.

Assembly lines at the Bengaluru facility at Wistron are reported to have been destroyed and the police have detained more than 100 workers for the violence.

Experts believe that this may have some impact on the production of Apple iPhones. “iPhone production will have a minor impact due to the violence. Only the iPhone SE 2020 is being made by Wistron in its Kolar’s plant. Enough stock is available in the market. Wistron has other plants in India where it may shift part of the production if its factory remains affected,” an unnamed industry source was quoted as saying in a PTI report.

Notably, the incident has similarities with what went down at Apple’s manufacturing facilities in China. A report by The Information from last week, detailed how the US tech giant took no major action against its suppliers in China, who were violating the country’s labour laws, which mandate that not more than 10% of a factory’s labour force should comprise temporary workers. Gig workers or temporary workers in China, as in the US, India, or many other countries, have fewer benefits and legal protections than permanent workers.

Apple’s conduct in China is worrying, since the company was aware of the composition of the labour force in its Chinese manufacturing units, after having conducted a survey for the same in 2014.

Responding to the incident, Apple said that it was dispatching additional staff and auditors to the facility. “Our teams are in close touch with the local authorities and we’re offering our full support to their investigation,” the company said in a statement to Reuters.

Taiwanese firm Wistron has issued a templated response, saying that it’s probing what went down, reiterating its commitment to the wellbeing of its workers.

Wistron is one of the five international companies whose applications were approved under the Indian government’s Production-linked Incentive (PLI) scheme for large-scale electronics manufacturing in the country. The centre had released the list of approved companies, which also includes Samsung, Foxconn Hon Hai, Rising Star and Pegatron, in October this year.

Among these, besides Wistron, Foxconn and Pegatron are also contract manufacturers for Apple, which is looking to manufacture the iPhone 12 Series in India. Besides Apple, Wistron also manufactures for Lenovo and Microsoft among others in India.

Now, political parties in Karnataka have sought a thorough probe into the violence at the factory and said it hurts the state’s image as an investment-friendly destination.

Apple (37%) and Samsung (22%) together comprise nearly 60% of global sales revenue for mobile phones and both are key players in the domestic manufacturing scene. The PLI scheme is seen as a way to help increase the manufacturing base for these two companies in India.

The scheme, notified in April 2020 by the government to lure international companies for setting up manufacturing facilities in India, extends an incentive of 4% to 6% on incremental sales (over the base year) of goods under target segments which are manufactured in India. Eligible companies who are approved for the scheme will receive the incentive for a period of 5 years subsequent to the base year (FY20).

Meanwhile, on Sunday (December 13), the Uttar Pradesh government said that it would give financial incentives to South Korean electronics manufacturer Samsung for setting up a display factory worth over $654 Mn in the state. Samsung is believed to be relocating the factory from China to the northern Indian state, giving further impetus to Prime Minister Narendra Modi’s ‘Make in India’ vision.