For cab drivers’ associations who’ve been campaigning for better wages for gig workers, the provisioning of 80% of the ride fare for the cab driver isn’t satisfactory

Rameesh Kailasam, CEO of IndiaTech, told Inc42 that by making health and term insurance for cab drivers, the new guidelines create an overlap with the Code on Social Security, 2020 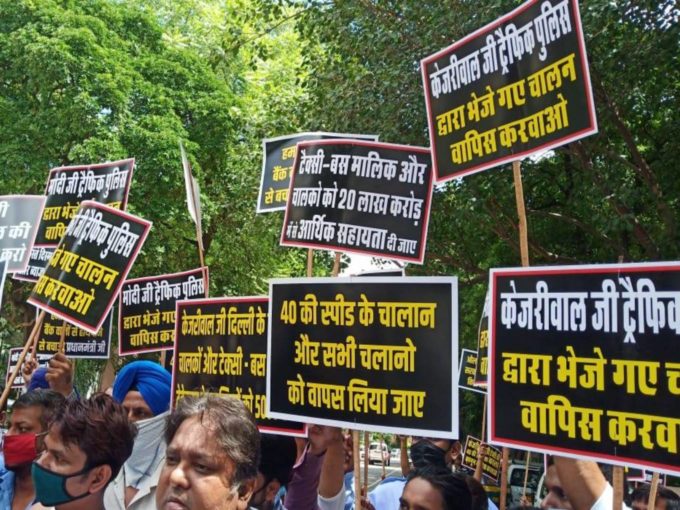 With the Covid-19 pandemic having put a severe strain on India’s gig economy, the government has introduced policy measures to address the needs of temporary workers engaged as service providers with various companies.

However, workers’ associations have often flagged the inadequacies of these policy moves by the government.

On November 27, the road transport ministry issued Motor Vehicle Aggregator Guidelines – 2020, to provide a framework to the state governments and union territories for the issuance of licenses as well as regulating the business conducted by such aggregators, including Ola and Uber.

For cab drivers’ associations who’ve been campaigning this year for better wages, the provisioning of 80% of the ride fare for the cab driver isn’t satisfactory.

Shaik Salauddin, the national-general secretary of the Indian Federation of App-Based Transport Workers (IFAT), told Inc42 that by setting aside at least 80% of the ride fare for drivers, the new guidelines have worked in favour of cab aggregators, who’ve anyways been levying a 20% commission for each ride from cab drivers. A driver working with Ola confirmed Salauddin’s claim.

“We have been asking the government to curb the commission charged by cab aggregators at 5-10% of the ride fare. It was one of our demands for our protests back in August. It is disheartening that the government has taken no notice of these demands,” said Salauddin.

Nevertheless, industry experts highlighted how the adoption of these guidelines could make the business for cab aggregators financially unviable.

Rameesh Kailasam, CEO of IndiaTech, an association representing Indian consumer Internet companies and their investors, told Inc42 that by making provisions for health and term insurance for cab drivers, the new guidelines create an overlap with the Code on Social Security, 2020, passed by Parliament in September this year.

“The Code on Social Security, 2020, already mandates firms employing gig workers to make 1-2% of their annual turnover available for ensuring social security of their workers. As such, the guidelines asking cab aggregators to provide health and term insurance for their drivers would create duplication of costs,” he said.

In the Motor Vehicles (Amendment) Act, 2019, the government had mandated that an aggregator will need to be issued a license by the respective state government, and the states will follow guidelines issued by the Centre.

Accordingly, the recently issued guidelines have laid down various procedures and conditions for grant of license to an aggregator, compliance with regard to vehicles, regulation of fares, among other things.

Kailasam said that the new guidelines could create a cost burden on cab aggregators.

“The guidelines, while restricting aggregator earnings to 20% of the fare for each ride, have further subjected them to multiple compliances that have a significant cost bearing. These include concepts of state-wise security deposits, license fees, driving test facilities, driver training, health, and term insurance, data sharing on behalf of drivers with a ministry, etc. all of which can significantly hurt the growth of existing business and may create entry barriers for future startups in this space,” he said.

On the positive side, Kailasam pointed out that the new guidelines recognise all motor vehicles, including e-rickshaws for aggregation. This could be a major boost for startups working as aggregators for e-rickshaws, bike taxis and other motor vehicles for transportation.

The new guidelines also mention that female passengers seeking to avail ride pooling should be provided with the option to pool only with other female passengers. It is worth noting that ride pooling startups such as Quick Ride already offer this option to their customers, thus suggesting that it’s a feature that can be built into the backend of popular cab aggregators such as Ola and Uber too.

The guidelines also include points related to pricing of cabs during a surge in demand, the base fare for each ride, setting up of call centres with 24×7 operations to address customer complaints, among other things. A complete overview of the guidelines can be found here.