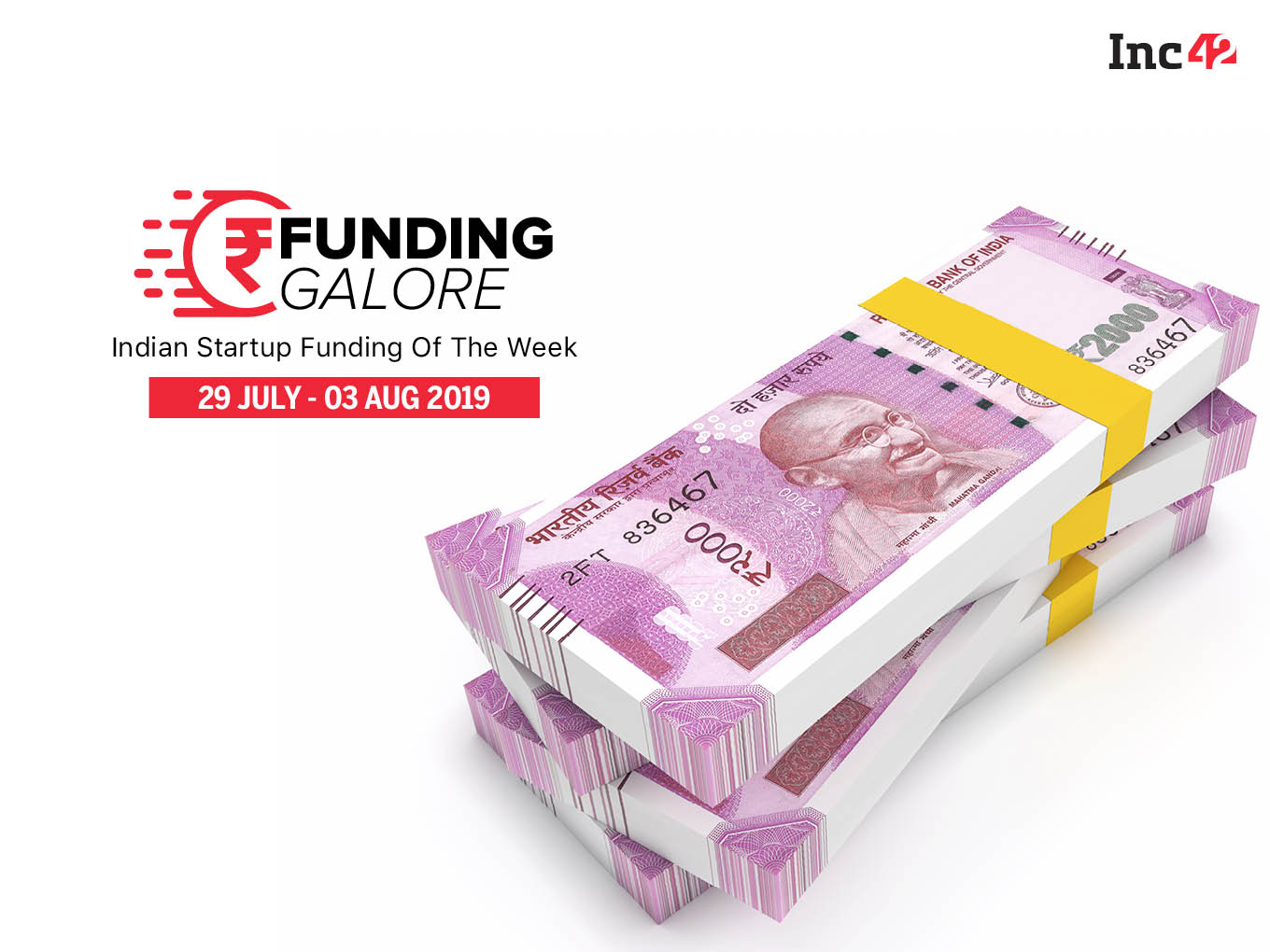 This week US-based ecommerce company eBay is investing $160 Mn in Indian ecommerce company, Paytm Mall, valued at $2.86 Bn post-investment. According to the Ministry of Corporate Affairs filings accessed by Inc42, Paytm E-commerce private limited is issuing 1,28,028 equity shares at a price of $1,249.73 per share to eBay Singapore Service Pvt Ltd.

In total, this week, 15 startups raised $285.71 Mn funding and one startup acquisition took place in the Indian startup ecosystem. (This funding report is based on startups that disclosed funding amount.)

UrbanClap: Gurugram-based home services marketplace UrbanClap raised a $75 Mn Series E funding round led by Tiger Global. Existing investors Steadview Capital and Vy Capital also participated in this round. Prior to this, UrbanClap raised INR 149 Lakh ($216K) in fresh funding from ex-Flipkart CTO Mekin Maheshwari and Avaana Capital founder Anjali Bansal. This transaction is said to be split into two parts, a primary round which resulted in a share subscription by the investors and a secondary share sale by some early institutional investors.

Ninjacart: Bengaluru-based agritech platform Ninjacart raised $50 Mn from retail giant Walmart. The startup would receive a first tranche of $10 Mn in the next three weeks and that the US retail company would get a board seat in Ninjacart. Walmart is looking to go deeper into the market with the Ninjacart investment, which also includes rights to invest further in future rounds.

Vymo: Bengaluru-based SaaS startup Vymo raised $18 Mn Series B funding round, with the investment being led by Emergence Capital, an enterprise cloud VC. Existing investor Sequoia Capital India also participated in the round. The company said that the fresh funding will fuel Vymo’s official US launch with headquarters in New York. The funds will also help Vymo drive continued growth in global markets. Jake Saper, partner at Emergence Capital, joins Vymo’s board as part of the investment.

Progcap: Delhi-based lending startup Progcap raised $5 Mn in its Series A funding round led by Sequoia India, with participation from MV Nair, chairman of CIBIL; Sandeep Tandon, cofounder of Freecharge along with existing investors GrowX Ventures Fund and Yes Bank’s cofounder Somak Ghosh. The fresh funds will be used towards operations, building technological differentiation, and to accelerate the pace of its pan-India expansion.

Aye Finance: Gurugram-based digital lending company Aye Finance raised INR 55 Cr ($7.99 Mn) in debt funding from DCB Bank through a securitisation deal. The funding will be used to grow its loan book and offer affordable and customised credit solutions to the credit-starved micro and small enterprises in India.

MyScoot: Gurugram-based events marketplace MyScoot raised $1.7 Mn (INR 11.7 Cr) seed funding round. The investments have come in from venture capitalists such as Lightspeed India Partners, Venture Highway, and Mayfield India with participation of angel investors such as Kunal Shah of CRED and Maninder Gulati of OYO. The funds will be used to hire core team, recruit tech talent and penetrate deeper into the markets where it has a presence.

Cred:  Gurugram-based credit card bill payment startup Cred raised a bridge Series B round of INR 27.55 Cr ($4 Mn) from Sequoia Capital India. The company issued 20,179 Series B CCCPS shares priced Rs 13,653.31 each. The company said in its filings that the Bridge Series B funds will be used for growth, expansion, marketing and general corporate activities of the company.

BigBasket: Bengaluru-based hyperlocal grocery startup, BigBasket raised INR 100 Cr ($14.34 Mn) venture debt funding from Trifecta Capital. BigBasket said the funding would be used to meet the working capital and capex requirements of the company including setting up new warehouses, strengthening the cold chain, setting up facilities for reprocessing of fruits and vegetables and for scaling-up of its supply chain for the recently-launched BB Daily milk subscription business and the BB Instant vending machine business.

Pocket Aces: Digital entertainment company, Pocket Aces raised an INR 100 Cr ( $14.34 Mn) funding round from Sequoia India, DSP Group, and 3one4 Capital. Pocket Aces will utilise the funding to expand its content library and technology platform, and to acquire more talent. Further, it will also continue to invest into its live gaming platform Loco with an aim to hit 50 Mn users in the next two years.

Easy Home Finance: Real estate and lending tech company Easy Home Finance Limited announced a strategic partnership with Harbourfront Capital, a group company of Das Capital. The VC firm will invest an undisclosed amount in the real estate financing company. Easy will be utilising the funds from Harbourfront in expanding its assets under management (AUM) base and for further investment in its technology platform.

GoHive: Delhi-based coworking space GoHive raised $358.6K (INR 2.5 Cr) in a Pre-Series A round of funding from seasoned angel investors. The company plans to use the funding to fuel its growth and expansion plans. GoHive aims to double its current size and reach to 5,000 seats within a year, with presence in NCR, Bengaluru and Mumbai.