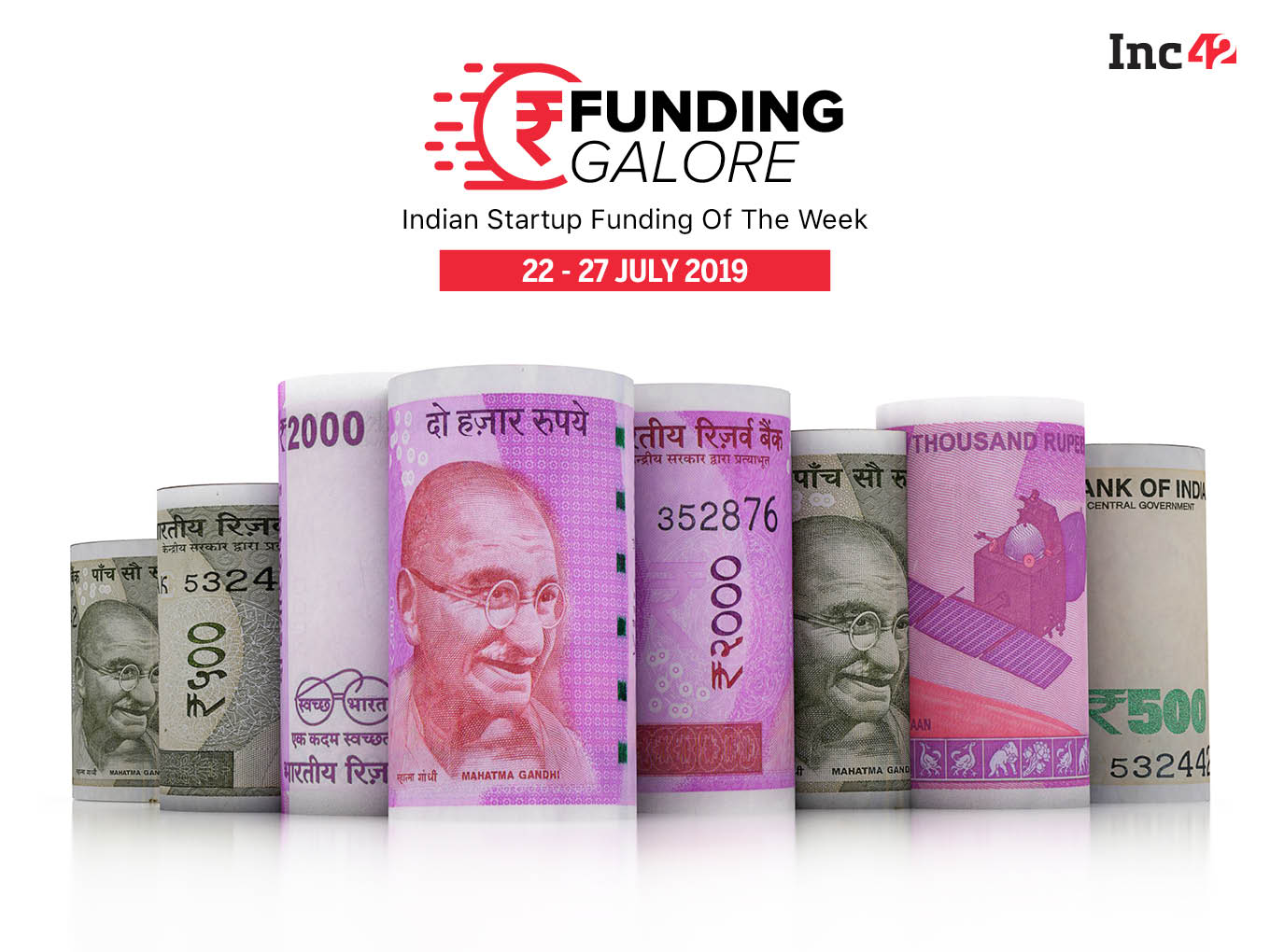 One of the biggest funding rounds in the Indian startup ecosystem was raised by Bhavin Turakhia-led fintech startup Zeta. It has secured an undisclosed amount in Series C funding round from Sodexo Benefits and Rewards (BRS). According to the company, the funding round has been raised at a valuation of $300 Mn. With this investment, Sodexo will have a minority stake in the company.

Zeta’s payment solutions will be used by Sodexo for its suite of solutions. With this funding round, the fintech startup will look at expanding its business to the US, UK, Europe and Southeast Asia.

In a major announcement this week, Japanese conglomerate SoftBank launched its second technology-focussed investment corpus, SoftBank Vision Fund II, with an outlay of $108 Bn. The fund claimed to have received commitments from technology majors such as Apple and Microsoft.

Other investors in the fund include National Investment Corporation of National Bank of Kazakhstan, Standard Chartered Bank, and some undisclosed investors from Taiwan. Further, SoftBank will be investing $38 Bn in the fund along with other committed investors including Foxconn, MUFG, SMFG and Mizuho.

The objective of the fund is to facilitate the continued acceleration of the AI revolution through investment in market-leading, tech-enabled growth companies.

In total, this week, 20 startups raised $75.89 Mn funding and one startup acquisition took place in the Indian startup ecosystem. (This funding report is based on startups that disclosed funding amount.)

boAt: Electronics maker, boAt, has raised INR 16 Cr (about $2 Mn) in debt funding from venture lending firm InnoVen Capital. Last week, the company has raised $2.9 Mn in venture debt from Sachin Bansal’s BAC Acquisitions. The company will continue to focus on profitability and sustainable growth while minimizing our cash burn

Quikr: Bengaluru-based online classifieds marketplace Quikr raised INR 20 Cr ($2.9 Mn) in debt funding. According to the Ministry of Corporate Affairs filings accessed by Inc42, the company has raised debt by issuing 200 compulsorily convertible debentures to Trifecta Capital in May. The company had received INR 13.9 Cr in a capital infusion from its Mauritius-based entity in May.

Drip Capital: Mumbai-based SME lending startup Drip Capital raised $25 Mn in a Series B funding round led by Accel Partners with participation from existing investors Sequoia India, Wing VC, and Y Combinator. New investors in this round include GC1 Ventures and institutional investor platform Trusted Insight. The funds will be used to expand its global footprint, launching in the United Arab Emirates and Mexico in 2019.

Cash Suvidha: Delhi-based online lending platform Cash Suvidha raised $2.3 Mn in debt funding through private placement on non-convertible debentures and from various financial institutions. The amount has been raised in the first quarter of FY 2019-20. Cash Suvidha will use the funds to increase the loan books of the company.

Kissht: Mumbai-based consumer lending startup Kissht raised INR 50 Cr (about $7 Mn) debt funding from Sachin Bansal and Ankit Agarwal’s investment firm BAC Acquisitions. The startup claims to be present in more than 50 online and over 3,500 offline points of sale across categories, including consumer durables, electronics, health, alternative energy and education, and enables customers to easily access credit for their purchases.

PayMart: Chandigarh-based merchants-enabled cash withdrawal platform PayMart raised an undisclosed amount in a seed round led by Chandigarh Angels Network (CAN). This investment will help the company build its technology and accelerate the development process.

Snapdeal: Gurugram-based ecommerce platform Snapdeal raised an undisclosed amount of funding from Anand Piramal. He has invested in the company in a personal capacity, a company statement said.  Anand Piramal said that Snapdeal’s sharp execution in bringing great selection to the mass market segment in Tier 2-3 cities has been quite successful, leveraging the growing internet penetration in these geographies.

Emotix: Mumbai-based robotics startup emotix raised $2.69 Mn (INR 18.58 Cr) in a fresh funding round from Chiratae Ventures (formerly IDG Ventures), Technology Venture Fund and Yournest India. Sources close to the development indicated to Inc42 that the investment is a part of a larger funding round. The fresh funds will be invested towards company’s research and development requirements.

WinZO Games: Delhi-based vernacular real-money gaming platform WinZO Games raised $5 Mn in Series A funding. The round was led by Kalaari Capital and messaging and payments platform Hike. The company claims to have more than 7 Mn registered users across Tier 2/3/4/5 cities. It claims that users are currently spending more than 55 minutes inside the app on average every day.

SmartE: Delhi-based electric rickshaw provider SmartE raised $14.5 Mn (INR 100 Cr) in series B funding from the Japanese conglomerate Mitsui and Co. The company will use these new funds to expand into new markets. The company plans to grow the fleet of electric three-wheelers to 10K units and expand operations to at least two cities in South India and three in the North India over the next two years.

Eyestem: Bengaluru-based cell therapy startup Eyestem raised an undisclosed amount of funding led by Zurich-based Jacesa investments, South Africa based Church Street Trustees and Gillian Corken. Impres Health also participated in the round. The investment will boost the startup’s efforts to find a treatment for Dry Age-related Macular Degeneration (Dry AMD). The funding will help the company to complete all the pre-clinical work to file for an Investigational New Drug (IND) application with the Food and Drug Administration (FDA) and be ready for phase one clinical trials by the end of next year.

Pariksha:  Pune-based exam preparation platform Pariksha raised $1 Mn pre-Series A round of funding with INR 4 Cr investment from Venture Catalysts. Other investors include Sunil Kumar Singhvi of South Handlooms, Jayant Mehrotra of Lodha Group, Nirav Panchmatia of Aum Financial Advisors, Aditya Khurana of The Little Company Day Care Solutions among others. The fresh funds will be used to strengthen its product offerings, bolster back-end operations and expand its operations in the country.