Out of 100 startups, 29 have women as cofounders 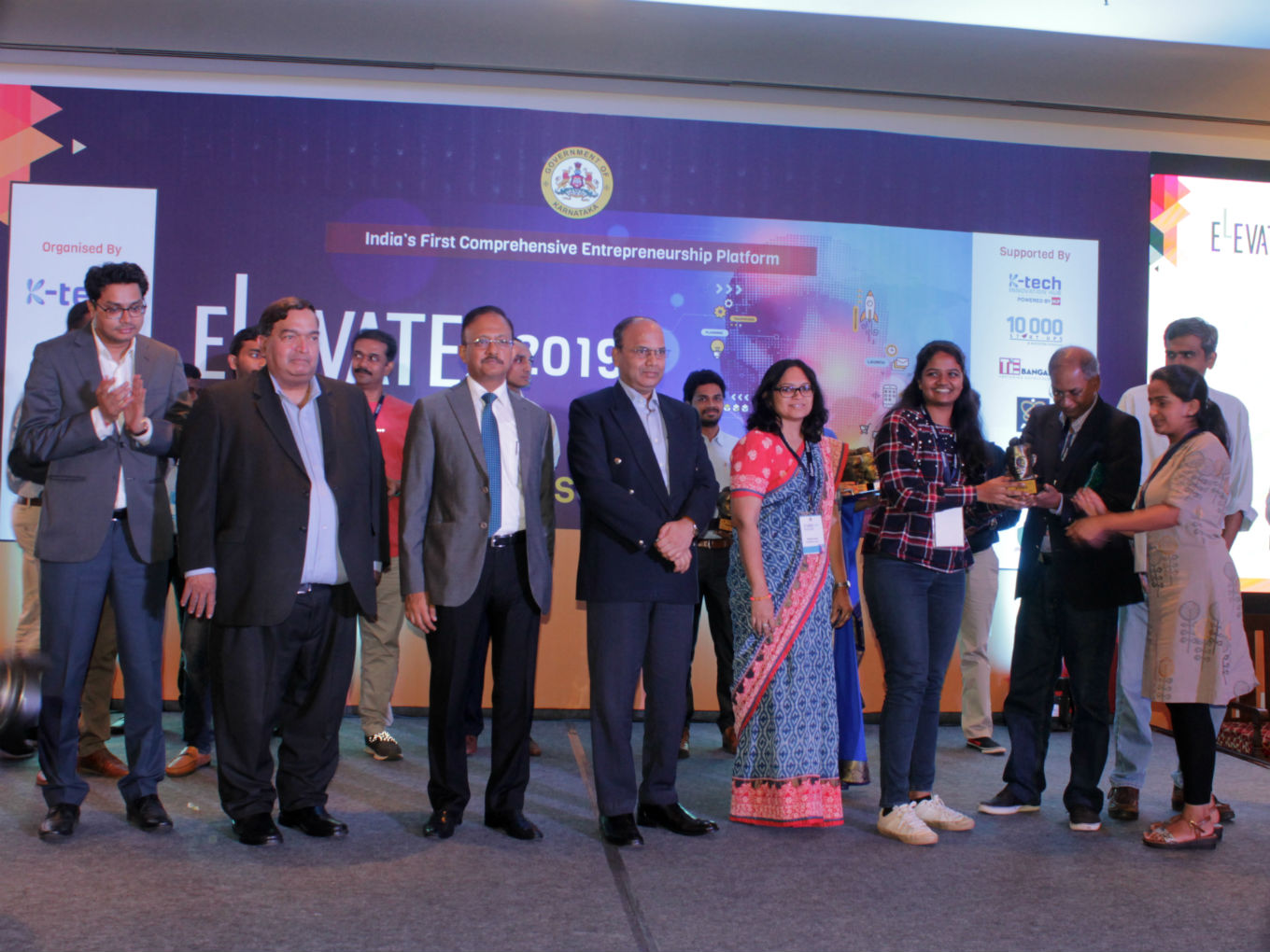 Be it the recent political turmoil at the state government level or Café Coffee Day founder’s sad demise, the state of Karnataka has had a lot to deal with. However, this has not affected the state’s startup ecosystem development.

A brainchild of the state government, the ELEVATE 100 programme is a combined initiative of the government of Karnataka’s Startup Cell, the Karnataka Biotechnology and Information Technology Services (KBITS).

Announcing the winners, Gupta said that under the Startup Karnataka initiative, 264 startups have already been assisted with a total committed fund of INR 62 Cr. For the Elevate 2019 cohort, out of 729 applicants, 270 finalists pitched their proofs of concept (PoCs) for eight minutes each in front of 14 panels constituted for 10 sectors on July 29. Of these, 100 have been shortlisted for the Elevate 2019.

“As part of the programme, we not only provide funding support, but also, we provide mentorship, idea validation, and market access. And, for this grant programme, we have partnered with several organisations such as TiE, NASSCOM, Deshpande Foundation, Hubbali, IKP, and IESA (Indian Electronics and Semiconductor Association),” said Gupta.

Startup finalists pitched to panels of jury members in IT/ITES, medtech, agritech and biotech, cleantech; audio, video, gaming and content (AVGC); electronics system development and maintenance (ESDM), Kannada and culture, tourism, aerospace and aviation. The 100 winners out of 270 finalists include 23 startups from Tier 2 and Tier 3 cities and 29 women entrepreneurs.

Commenting on Elevate 2019, T.M. Vijay Bhaskar, chief secretary, Karnataka said, “Bengaluru holds the crown of “India’s startup Capital” with the highest funding in India of $5.12 Bn out of a total of $13.88 Bn. Startups in Bengaluru have closed 267 deals, the highest in the country out of a total of 864. Elevate will continue to provide the right support for startups to connect with the right people. It will also provide the right opportunity for startups to connect among themselves and recognise areas of mutual interest for collaboration.”

Ravi Gururaj, president of TiE Bengaluru clarified that the funding support of INR 5 Lakhs to 50 Lakhs under Elevate programme is being given as a grant and not for equity or as a loan. He hoped that the new government will continue the acceleration in future as well, despite the political instability right now.

Gururaj also suggested that since the government is a huge buyer of technology services, the procurement process of the government from startups needs to be streamlined, which is happening to a certain extent in Kerala and the central level with the government e-marketplace. And, the government which owns a huge chunk of public data must look to startups in order to promote AI, ML, Big data and analytics.