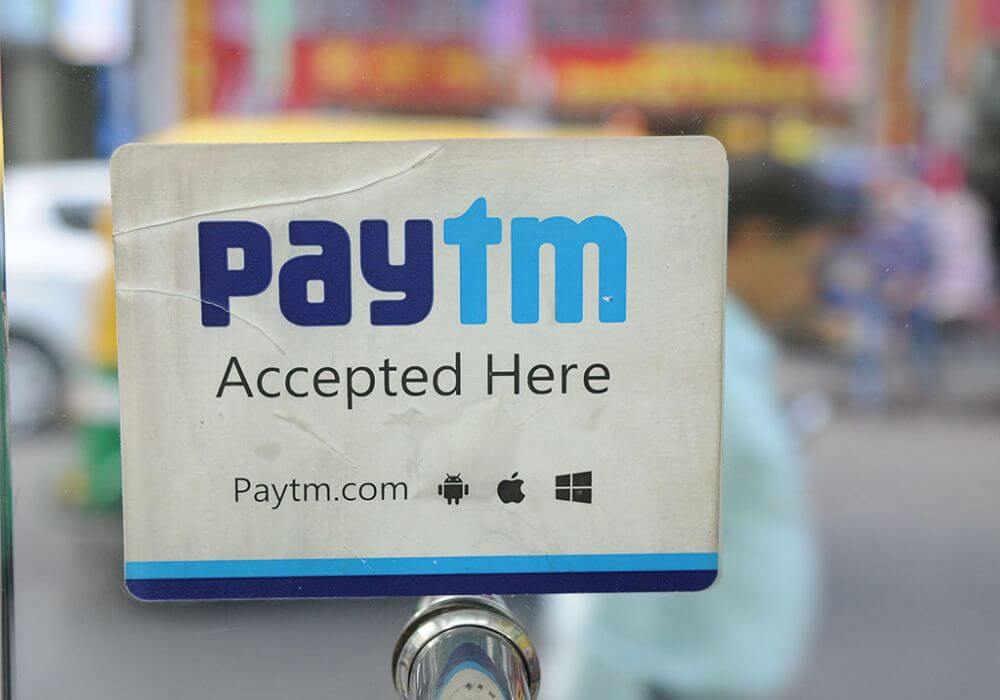 While Indian banks are gearing up to align their digital payment solutions under the umbrella of BHIM, Paytm has announced the integration of BHIM UPI on its platform today. The move, sources believe, is aimed at doubling the monthly user base of the digital wallet in the coming two years.

Currently being used by more than 280 Mn registered users, Paytm’s decision to allow payments via UPI will not only help widen its reach but also enhance its adoptability among Indian customers.

Sharma further stated that customers can now send as well as receive money via BHIM UPI within the Paytm app itself. As a result of the integration, existing BHIM users will also be allowed to link their accounts using BHIM API on the Paytm platform.

Furthermore, the One97 Communications-owned digital wallet will henceforth support the creation of new BHIM accounts.

The digital payments giant will also provide training to 5 Mn of its merchant partners on creating unique Paytm BHIM UPI IDs. In a bid to reach a wider set of customers, merchants on the platform will now be allowed to add multiple bank account using a single Paytm BHIM UPI ID.

BHIM boasts several advantages over conventional digital wallets. For instance, users of UPI-based apps can transfer funds from one bank account to another without any processing fee. The transfer is also significantly faster than National Electronic Funds Transfer (NEFT), which until now was the preferred mode of transferring money.

Unlike traditional methods, customers can add beneficiaries instantly on UPI, without having to provide their bank account details and IFSC code.

Transactions via digital wallet are more complicated, requiring users to first add money to their account before being able to send funds to other wallets. When it comes to transferring money back to the bank account, these platforms usually levy a fee.

Why Has Paytm Integrated BHIM UPI On Its Platform?

The staggering growth of the BHIM app can largely be attributed to these advantages. Its increasing popularity, however, has become a source of anxiety for many payment companies in the country. At a NITI Aayog event in August, several prominent figures of the payments sector petitioned the government about making NPCI a neutral body.

The group that raised concerns over NPCI’s shareholding structure included Paytm founder Vijay Shekhar Sharma, PhonePe’s Sameer Nigam as well as people from other payment companies like Instamojo and Mswipe.

Speaking in favour of a level-playing field for banks as well as private fintech companies, a member from the group said, “We asked that NPCI must not be only owned by banks and that it should ensure there is a level-playing field between banks and other players. One of the points raised was why the NPCI was offering such cashbacks only for BHIM instead of offering it to all UPI apps.”

Apart from increased competition from the BHIM app, Paytm and other digital wallets are also in the process of complying with the stricter KYC norms instituted by RBI last month, as part of its guidelines on the issuance and operation of Prepaid Payment Instruments.

As per the new norms, mobile wallets, which have been conforming to a minimum KYC format (such as simple verification of mobile number) will have convert to full KYC wallet within 12 months of opening it. All existing wallet users have been instructed to convert to the full KYC format by this year-end.

Paytm’s decision to integrate BHIM UPI comes at a time when banks, both private and public, are preparing to adopt BHIM as a prefix to their own digital payment solutions. The goal is to provide a single, recognisable identity to the plethora of UPI apps being developed by different banks as well as enhance adoption of UPI-driven digital payment applications.

Elaborating further, Renu Satti, MD and CEO of Paytm Payments Bank said, “As a part of our journey of being a truly open payment platform, consumers and merchants should both have a complete range of choices to select payment source and destination. With the availability of BHIM UPI to our large user base and merchant network, we believe the next wave of digital payments will begin soon.”

The State Of Digital Payments In India

With other tech giants like Uber, Google, Amazon, Hike and WhatsApp eyeing a piece of the country’s digital payments market, Paytm has tough competition ahead. To maintain its revenue growth trajectory, which reached $126 Mn (INR 813.8 Cr) in FY17, the digital wallet is working to reach a wider group of customers through the integration of BHIM UPI. Whether this strategy proves successful is something that only time will tell.