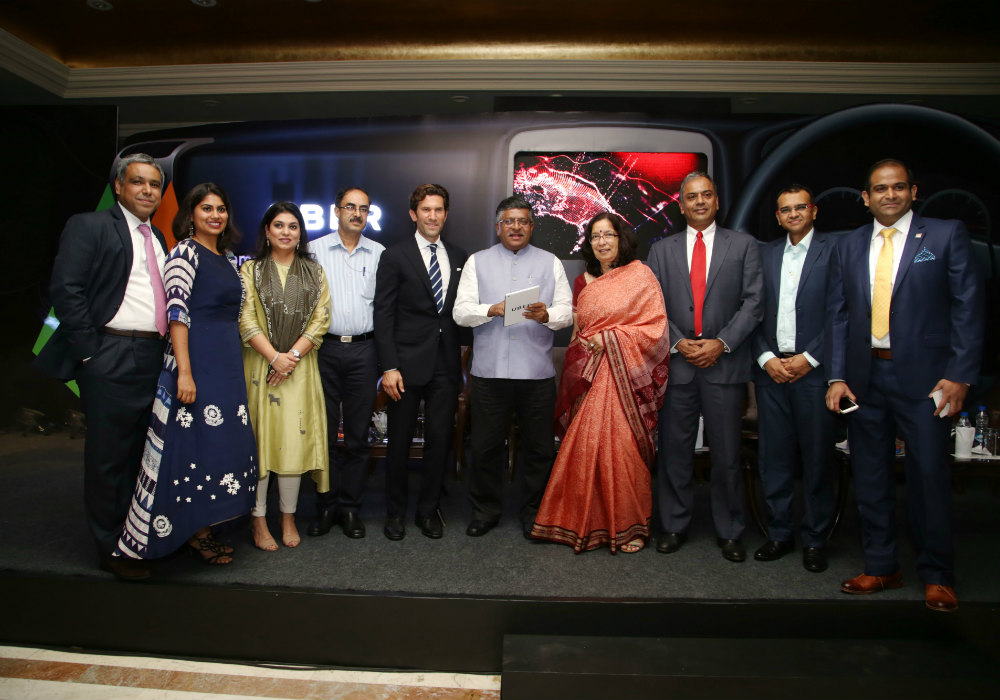 Launching the integration, Union Minister of Electronics and Information Technology and Law & Justice, Government of India, Ravi Shankar Prasad, said, “India’s digital economy will become a $1 Tn economy in the next five years. India’s digital payments economy alone will be bigger than $500 Bn. Integration of the Uber app with UPI-BHIM will boost the digital economy of India.”

When Uber entered India in 2013, just like other countries, it mandated a credit card registration for payment of rides. Later, after RBI made it mandatory for companies to follow a two-step authentication process for credit card transactions, the company tied up with Paytm to offer the services of a semi-closed wallet. Later in 2015, it also added a cash payments option on the ride-hailing app.

Talking about the move, David Richter, SVP-Global Business, Uber said, “Uber, like several other tech companies in India and around the world, depends on consumers being able to frequently make low-value payments with minimal friction. UPI integration will bring millions of riders and driver partners into the digital payments ecosystem, offering them another secure and seamless payment interface and bolster the nation’s digital payment revolution.”

David reaffirmed that India is one of the biggest focus markets for Uber, outside of the United States. Currently Uber is available in 500+ cities across 73 countries. In India, the service is available in 29 cities.

Uber had started the pilot for UPI payments in July 2017 with a limited set of users. From today, the service will be available to all the Uber users. While the BHIM App integration in partnership with HDFC Bank for the driver partners’ app will be done later.

Unified Payments Interface was launched in August 2016 by the RBI in conjunction with NPCI. It powers multiple bank accounts into a single mobile application (of a participating bank), merging several banking features, seamless fund routing & merchant payments into one hood. It is currently supported by 53 banks. It allows immediate money transfer through mobile device round the clock 24*7 and 365 days. Once a beneficiary is added to the address, a MPIN ensures transaction within seconds.

To register for the service, users can locate it as a payment option in the ‘Payment’ tab of the Uber app. They can add the option by selecting the ‘Add Payment Method’ button. To pay in-app a user is then asked to enter their UPI ID. After that, one gets an SMS from the UPI service provider and has to authenticate the payment separately. Users can also pay from any bank’s UPI, including the BHIM app.

How Will UPI Integration Help Users

In the past, when the service was launched, several startups came up with their mobile apps based on UPI such as Trupay, Razorpay, MobiKwik, and Flipkart-owned wallet PhonePay. Uber’s Indian rival Ola also integrated UPI in April this year.

The government has managed to find an international endorser for its UPI technology with Uber. While Uber, on the other hand, has taken a step forward towards its commitment towards the Indian market with the partnership with NPCI, Axis Bank, and HDFC Bank.