The UPI Enabled Hike Wallet Is In Partnership With YES BANK 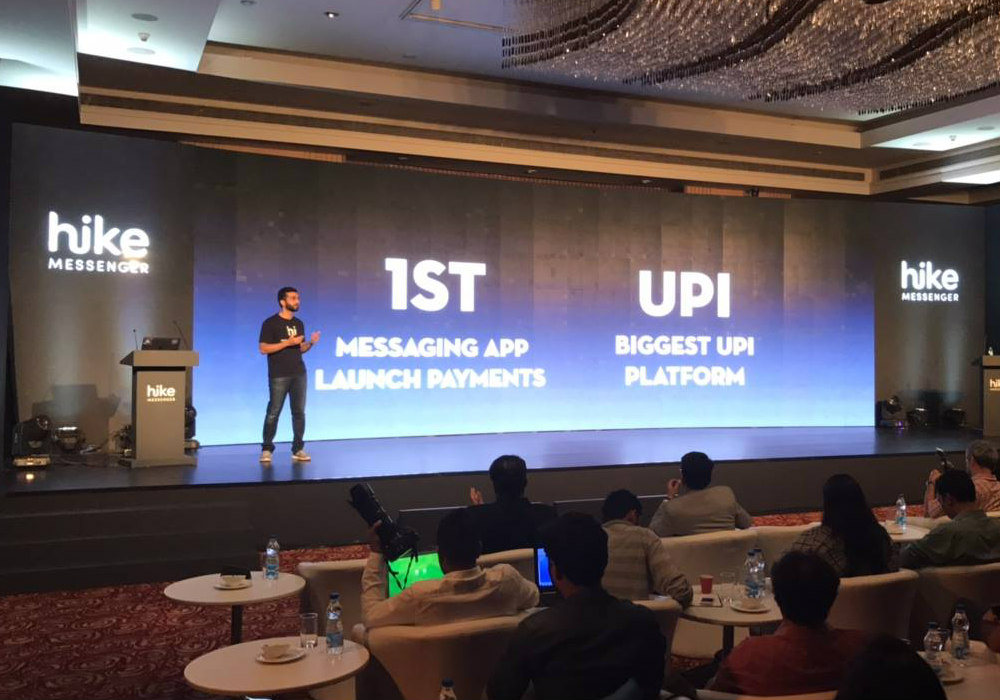 Homegrown unicorn, Hike Messenger has launched a UPI-enabled digital wallet – Hike Wallet – months ahead of the proposed launch of digital wallet of rival WhatsApp in India.

The wallet services are available on the Hike 5.0 version introduced today. The latest version has a new design, a few new features like ‘Multiple likes,’ and new app themes for a personalised experience.

The app also supports a ‘Magic Selfie’ option which edits pictures within the Hike App on the click of a button. The company has also introduced ‘text to stickers’ in four fonts that work with local languages.

YES BANK is the banking partner enabling the Tencent-backed company to launch UPI and the mobile wallet. With this update, users can make free bank-to-bank transactions via UPI. This functionality will even work for users that are not in the messenger app.

Talking about the integration, Ritesh Pai, the Chief Digital Officer at YES BANK said that, currently, the bank has almost 35% market share of the UPI-enabled transactions being carried out.

Kavin Bharti Mittal, founder and CEO, Hike Messenger said, “Over the last 6 months, we’ve been working to bring a brand new experience to our users with one question in mind – How do we take all the things that users love about Hike and make it even better? Hike 5.0 is our most ambitious step in that direction till date.”

In April 2017, it was reported that Instant Messaging app WhatsApp was also looking to foray into the digital payments space. Media reports stated that WhatsApp is looking to launch a peer-to-peer payment system in India. The interface is likely to be powered with the Unified Payments Interface (UPI) and is expected to launch within six months.

Hike Wallet – How It Works

The Hike Wallet has been integrated into the Hike Messenger app as a part of the new upgraded version – Hike 5.0. The wallet acts in a separate tab within the messenger app. Users can access their contacts while sending money and can transfer money to the chosen recipient.

Apart from this, for users that do not actively use a bank account, the startup allows users to transact via the Hike Wallet.

With the new update, users can recharge phones and pay postpaid bills, from inside the Hike app. This removes the need to have an extra app for paying mobile bills.

Although the app has money transfer functionality to the Hike Wallet, it currently lacks options to utilise the money. It can either be transferred to the user’s bank account or used for phone recharge.

The company, however, did not deny the possibility of tie-ups with ecommerce players in future to enable digital commerce on its platform.

Commenting on the same, Kavin said, that the company is only stressing on making “money a new form of social  expression.” He further added that to facilitate the same, the company has introduced ‘beautifully designed digital envelopes that users can insert money into and send to their friends.’

Currently, users can choose from 12 crafted envelopes, add a personalised message. A Blue Packet comes with a 24-hour expiration limit. It can be sent to an individual or even a group of people on the Hike Messenger app.

He further added, “With Blue Packets, we’re going to change the way people send and receive money. We believe we can make that experience fun and also a new form of messaging. Can money be the new Sticker? We believe so. That’s the idea. Our users celebrate so many special moments in their lives. It could be a simple Thank You or Congratulations to a Happy Birthday. We hope, with Blue Packets, we can give our users a new avenue to express themselves.”

Launched in December 2012, Hike currently boasts of 100 Mn users and claims to transact over 40 Bn messages per month. The company in a press meet today also stated that, on an average, a user spends 28 minutes per day on the app. It also said that almost 90% of its users are in the age group 15-24.

With the introduction of Blue Packets, the company is looking to entice more users on its platform. With the launch of Hike Messenger, it may have the first-mover advantage as it has become the largest UPI-based platform in India overnight. But the success may be short-lived.

The news of Whatsapp’s entry in the digital payments space came right after WhatsApp co-founder Brian Acton visited India visit in February 2017, where he hinted that the company was looking into how it can incorporate payment services. He had also confirmed that time that WhatsApp has crossed 200 Mn monthly active users in India. The company has about 1.2 Bn active users across the globe.

However, in hindsight, Hike may have a massive advantage because of its investors. In August 2016, Hike raised $175 Mn in Series D round of funding, at a valuation of $1.4 Bn. The investment was led by Tencent Holdings and Foxconn Technology Group. Existing investors Tiger Global, Bharti, and Softbank Group also participated in this round. The round took the total funding raised by Hike to date to $250 Mn.

Tencent Holdings Limited is a Chinese investment holding company. Its subsidiaries provide media, entertainment, payment systems, Internet and mobile phone value-added services and operate online advertising services in China. Tencent’s WeChatPay provides multiple payments options and boasts of a user-base far ahead of its Indian counterparts. As per an official statement, WeChat Pay had more than 600 Mn monthly active user accounts in China at the end of December 2016.

In his interaction with the media, Kavin said that the startup constantly looks for inspiration from Tencent and looks to adapt to it as well.

With the launch of Hike 5.0, the messenger has also reduced the app size to just 25 MB. The company has also added 128-bit SSL encryption that ensures that communication across the air and wire networks, is completely encrypted.

The company will roll-out the updated Hike 5.0 to 5% of its Android users, starting today. The app will be available to all iOS and remaining Android users by June 25, 2017. On the other hand, the Hike Wallet services will be fully rolled-out by July 2017.

Will Hike Messenger be able to entice a new section of users with its new digital wallet that are above the average age of its 90% users? And how will the first-mover advantage help it to catalyse growth once WhatsApp launches its digital wallet, remains to be seen.