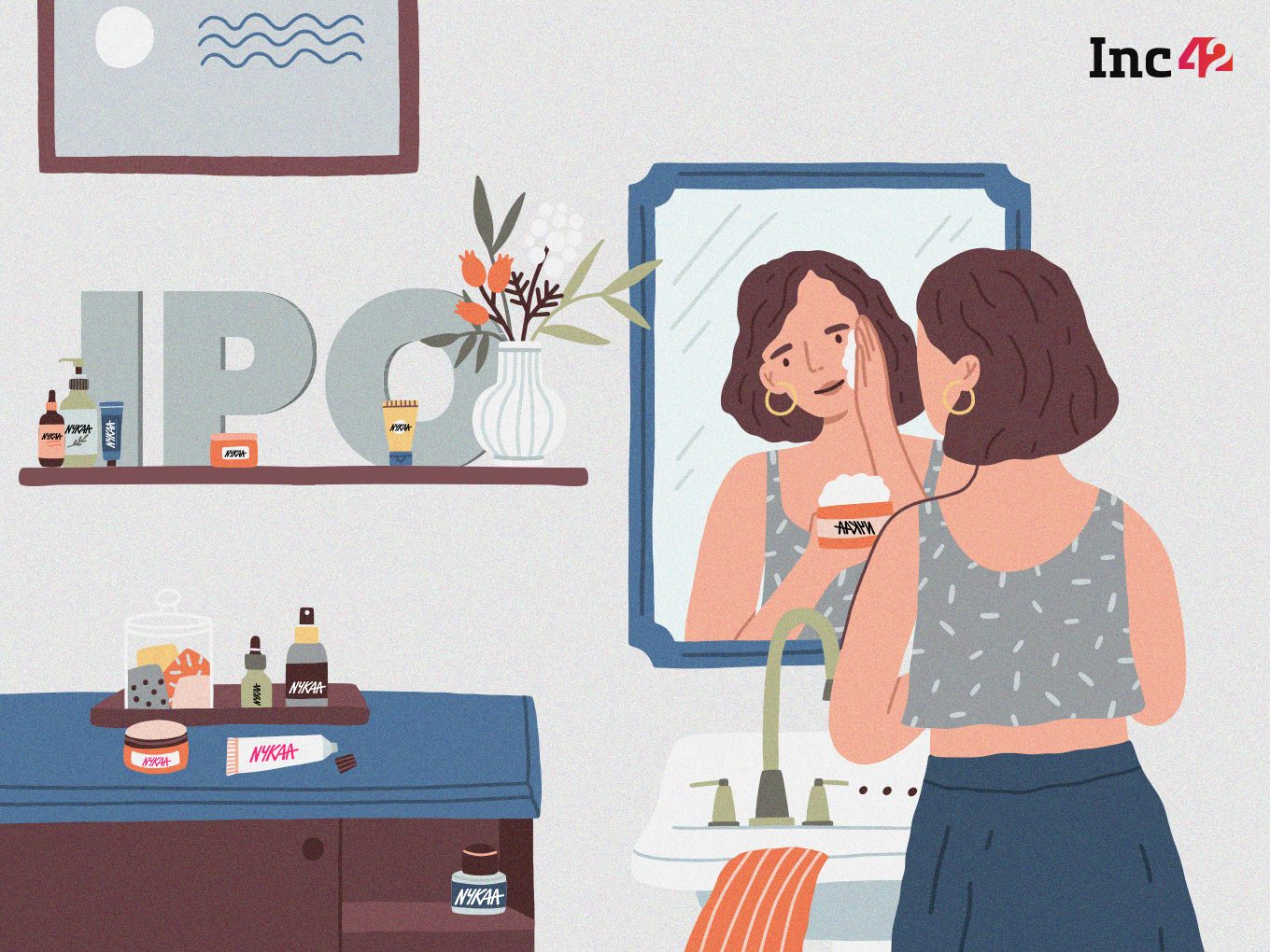 Nykaa got off to a remarkable start in its journey as a public company, with overwhelming response to its IPO

This Diwali, the startup ecosystem is setting fireworks off in the public markets. While next week, all eyes will be on Paytm, this past week the story was about Nykaa.

The beauty marketplace got off to a remarkable start in its journey as a public company, with overwhelming response to its IPO. More on that after these two stories that also caught our attention:

💄Nykaa’s Playbook Is Worth Emulating

It’s one of the seminal moments in Indian startup history. The Nykaa IPO was not just any other public listing, but the first real test for the Indian ecommerce industry. Having attracted 82x subscription bids in three days, there’s a lot that other Indian ecommerce giants can learn from the Nykaa journey.

📊The Numbers: Nykaa’s offer attracted bids worth nearly $32.53 Bn and its shares are expected to be listed on Indian stock exchanges in the next 10 days as is the norm after the IPO bidding. Grey market share prices suggest that Nykaa may get listed at a premium of INR 600 – INR 650 over the IPO price band of INR 1,085 – INR 1,125. This would represent a major windfall for investors on the day of listing.

🦾Nykaa’s Strengths: Founded in 2012 by Falguni Nayar, Nykaa’s strengths stem from the fact that it not only has a superior brand recall in the beauty ecommerce space, but the company had the highest revenue share (18.5%) in the total addressable online beauty and personal care market in FY20, while its competitors held less than 2% share, as we saw in our special Nykaa IPO report.

🏆Why It’s A Big Deal: The beauty marketplace is the first vertical ecommerce platform to go public and it could very well pave the path for other such ecommerce startups to follow.

Another noteworthy point is that it’s one of the rare profitable startups in India. In FY21, Nykaa reported positive EBITDA, free cash flow (FCF) and high return on capital employed, which indicates that its fundamentals were strong and it banked on this to acquire companies in FY22 to grow inorganically as well.

In an ecosystem where only one out of four funded startups is EBITDA positive, showcasing strong financial fundamentals before an IPO will drive bullish sentiments.

Nykaa’s robust revenue and profitability performance despite its massive scale ($551 Mn GMV and over 11 Mn transacting users) is noteworthy. This makes it a stand-out example for other ecommerce platforms such as FirstCry and Lenskart, as well as marketplaces such as Snapdeal, which also has IPO ambitions. 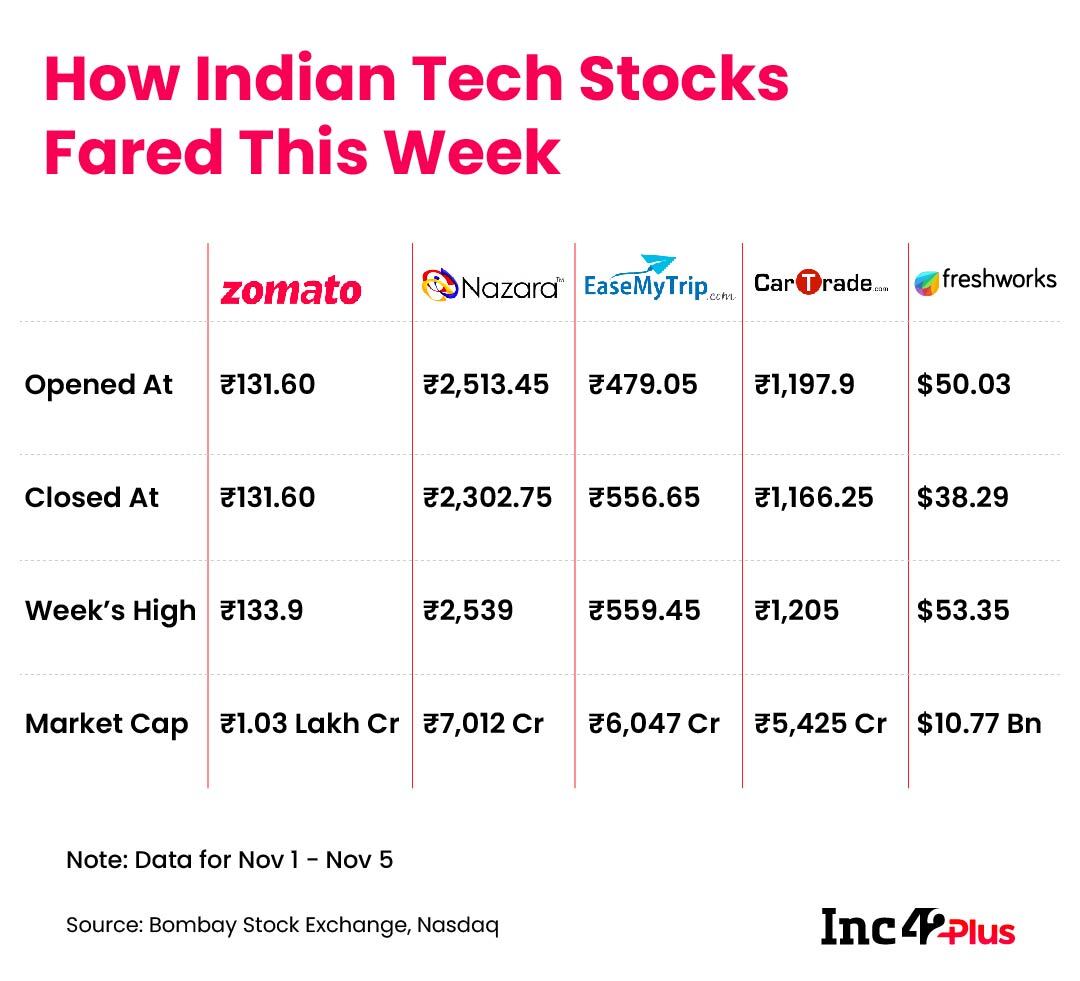 As expected, there was a major dip in funding in the first week of November 2021, given the Diwali season and the extended holidays at many companies. Between November 1 and 6, the startup community managed to raise $171 Mn across 14 deals — an 87.7% drop from the previous week at $1.4 Bn. 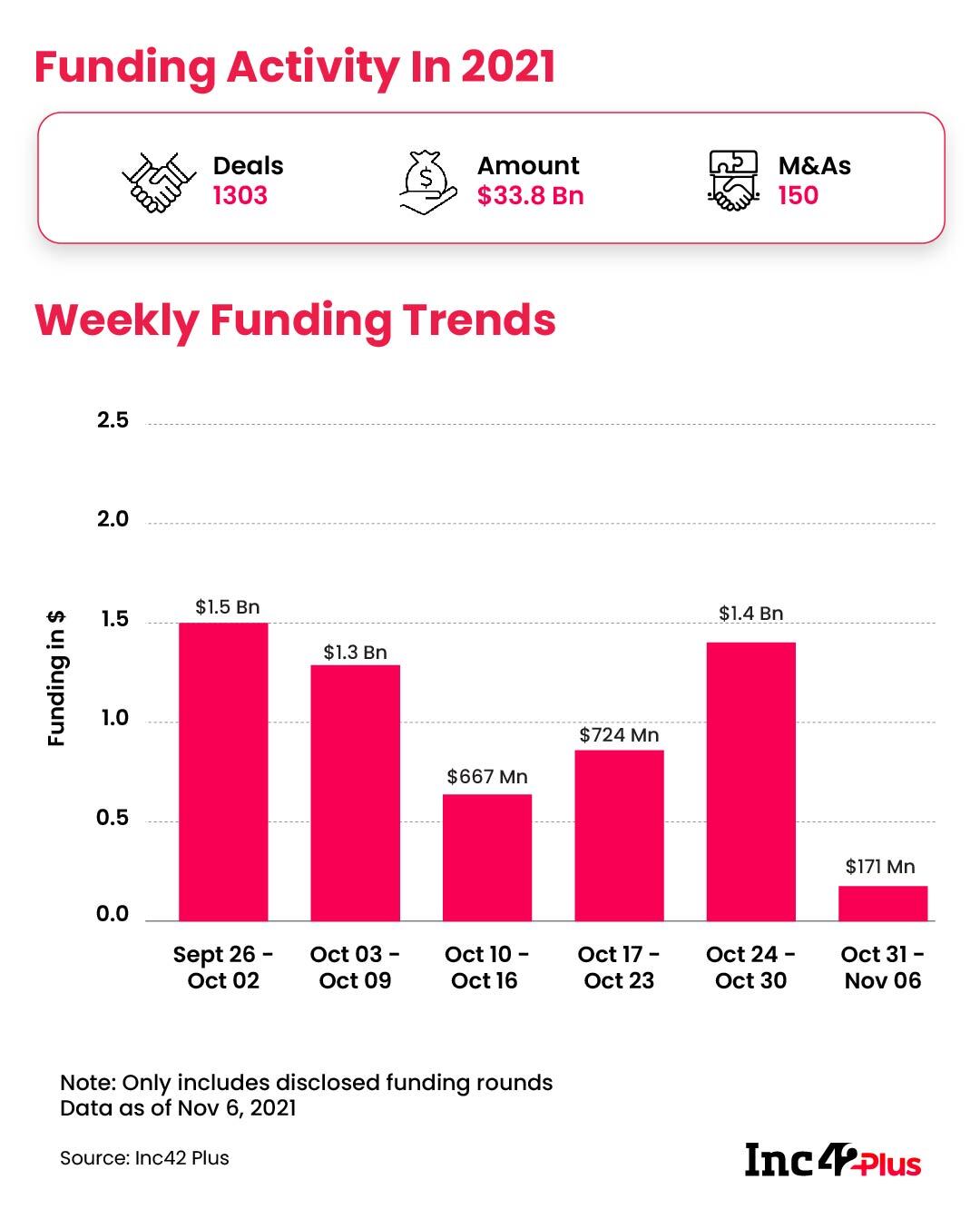 Like every month, in October, we scouted for the most innovative emerging startups across India and collated the 21st edition of our 30 Startups To Watch list.

As usual, this bunch of early stage startups is disrupting the way businesses and consumers harness the internet and the wider tech ecosystem. This month’s list includes a vibrant mix of B2B and B2C companies, including D2C brands, blockchain platforms, edtech startups, marketing and customer service solutions, healthtech startups and more.