5 startups were acquired this week 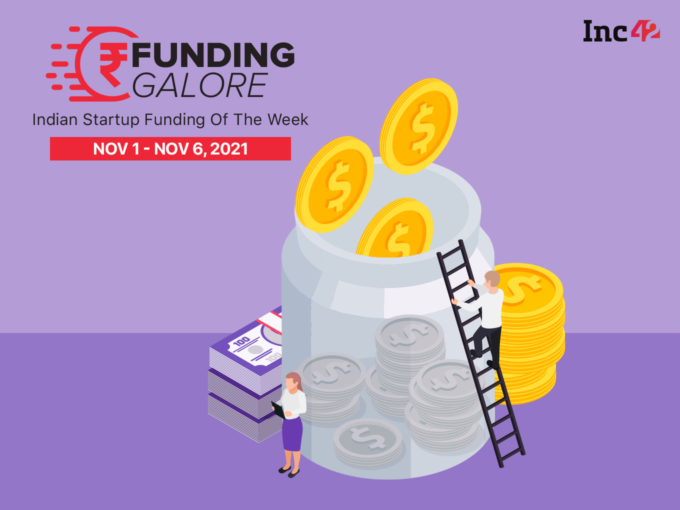 The month of November started with a significant dip in the investment received by the Indian startup ecosystem. Between November 1 and November 6, 2021 the startup community managed to raise $171 Mn across 14 deals. This is a 87.7% drop from the previous week, when the startup community picked up $1.4 Bn in total funding, and a 76% drop from the week prior when startups raised $724 Mn between October 18 and October 23.

The significant drop in the funding can be attributed to Diwali, one of the major Hindu festivals celebrated countrywide.

In terms of the public markets, PB Fintech, the parent company of Policybazaar and Paisabazaar went public.

The week’s second biggest funding round was raised by Bengaluru-based neobank Fi. The startup raised $50 Mn in its Series B funding round led by B Capital Group, Falcon Edge and others, the round was concluded in addition to an earlier interim investment from Sequoia Capital and Ribbit Capital.

Here are all the funding round disclosed this week:

The initial public offering of P.B. Fintech, the parent company of Paisabazaar and Policybazaar, ended on Wednesday with robust investor demand across categories.

The IPO opened during November 1st – November 3rd, at a price band of INR 940-980. Its shares are expected to be listed on the stock exchanges by November 12.

Gurugram-based Delhivery has filed DRHP with the market regulator SEBI and intends to INR 7,460 Cr through IPO. It will include a fresh issue of shares worth up to INR 5,000 Cr and an offer-for-sale of up to INR 2,460 Cr. It is worth noting that these offers can change as the startup heads towards its listing.

On the day Delhivery filed its DRHP with the market regulator SEBI, its rival Ecom Express converted into a public limited company.  The startup is gearing for its IPO and intends to raise money from the market at a valuation of $1.5 Bn – $1.8 Bn.

IPO-bound Indian fintech giant Paytm has raised INR 8,235 Cr ($1.1 Bn) from anchor investors in India’s largest anchor round. The anchor round has been oversubscribed 10 times by 74 investors, out of which 21 investors had bids greater than INR 100 Cr.

Some of the key investors participating in this round include Blackrock, CPPIB, Birla MF, and GIC among others.