CCI Rules In Favour Of Ola, Uber And Flipkart 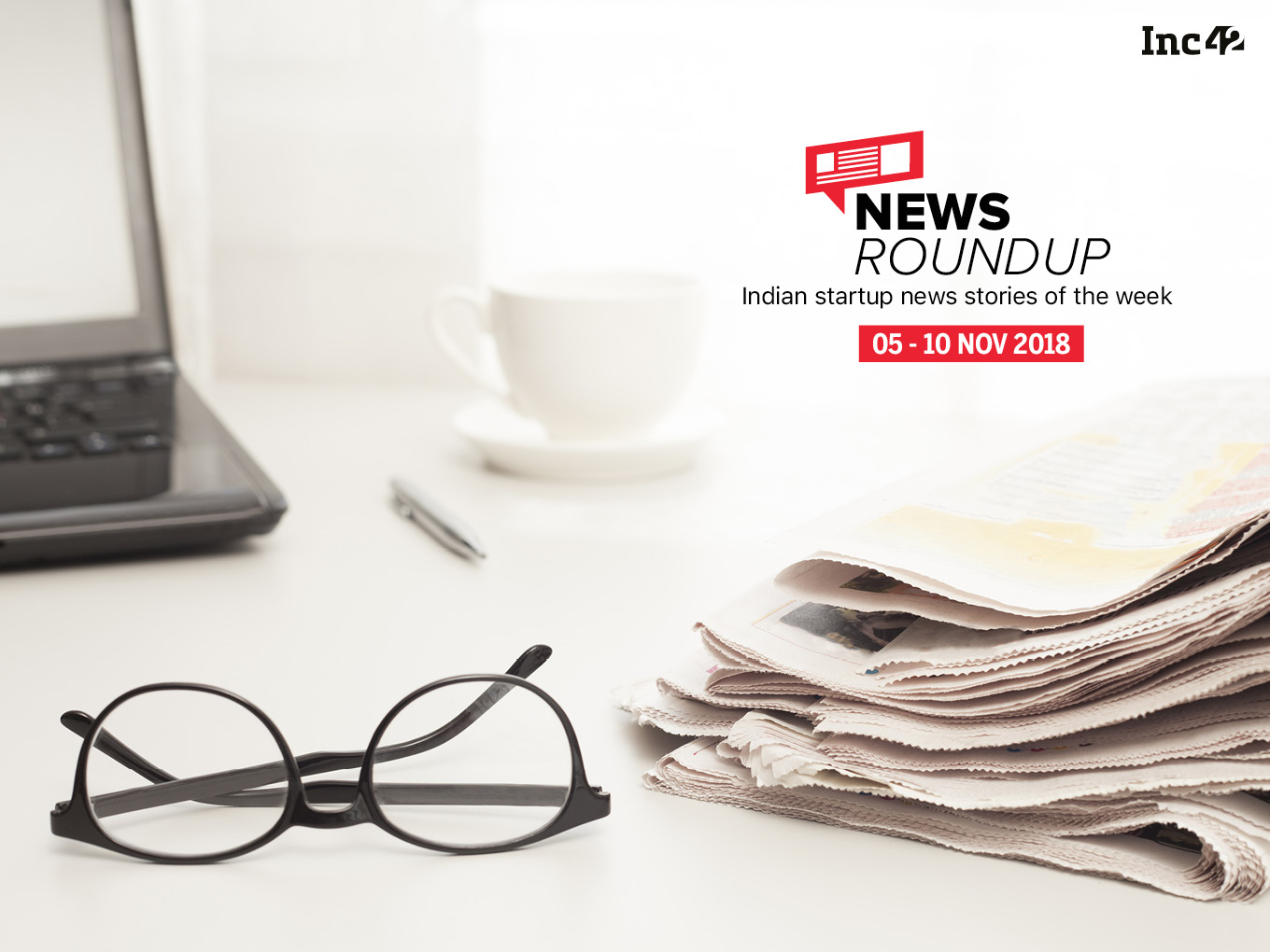 One of the biggest Indian startup news this week was the return of  Freecharge co-founder Kunal Shah in the entrepreneurial game.

In a social media post, Kunal Shah announced his new venture Cred— “after 3+ years of playing on the sidelines.” Having kept Cred in wraps up until now, Kunal Shah explained Cred as “a platform to celebrate and reward the most creditworthy people of India.”

At present, the team is working hard to launch a beta version in a few weeks. 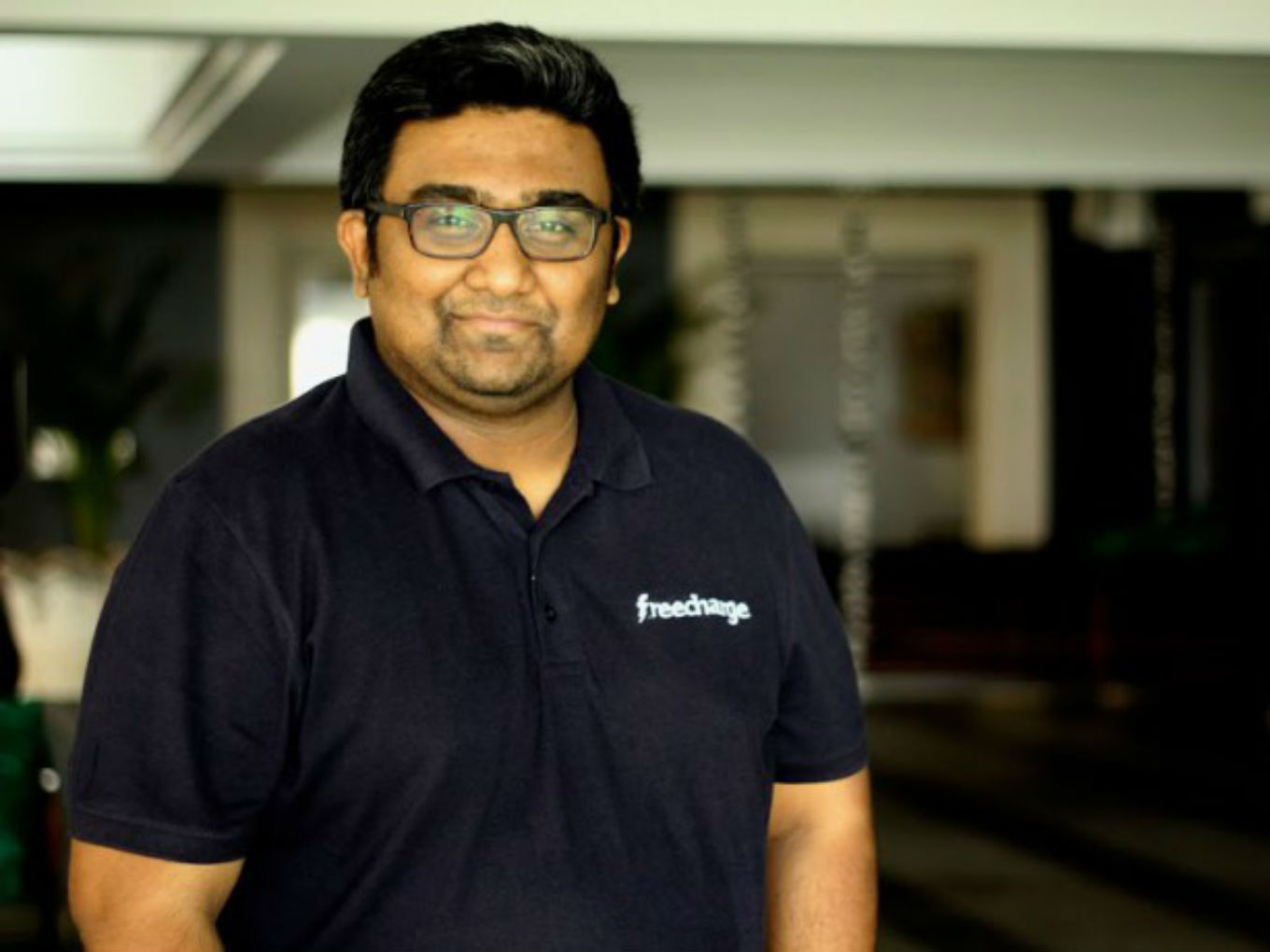 Companies are searching for other means for digital Know Your Customer (KYC) while they wait for Reserve Bank of India’s (RBI) final decision on legal and acceptable ways for completing the e-KYC process. In October, some mobile wallet companies requested RBI to help them with an alternative solution to Aadhaar-based eKYC authentication.

In another development, with the Supreme Court barring telcos from using Aadhaar as a mode for digital verification in September, the Department of Telecom (DoT) on November 6 reportedly issued new guidelines to provide telcos with another option to conduct the eKYC process.

DTDC reportedly opened two new office spaces in Mangaluru, in a bid to widen its reach in the region. The offices, are spread across a combined area of 4,700 sq ft, with the larger office located at Pai Compound near Urwa market while the other space is situated at Bhaskar Complex.

Indians will not be able to start using drones from this December and will have to wait as the Centre has not yet come up with a framework to regulate their operation. According to reports, the Unmanned Traffic Management (UTM) platform named Digital Sky Platform which will be responsible for managing drone operations, has also not been created yet.

US-based business and financial software company Intuit is planning to tap the growing startup ecosystem in India in order to expand its reach in the mid-market in the country. The company also claimed that it will be launching its flagship product QuickBooks, which is in compliance with GST rules. The product, which helps users save on their money by tracking their finances, will be mainly targeting the SME market.

CCI Rules In Favour Of Ola, Uber And Flipkart

In its order dated November 6, 2018, fair trade regulator Competition Commission of India (CCI) has rejected the allegations of price-fixing made against the two leading cab aggregators Ola and Uber. While making a distinction between Ola/Uber and other online platforms like Zomato and Airbnb, stated that no case of contravention of the provisions of Section 3 which deals with anti-competition agreements has been made out and the matter is accordingly closed.

In another development, CCI) has ruled that Flipkart has not broken any rules in its selection of merchants and sellers, and dismissed allegations that the ecommerce company was giving preferential treatment to their inhouse brands ‘Smartbuy’ and ‘Billion’. The ruling, which came on November 6, put an end to a case brought by All India Online Vendors Association (AIOVA), a group of more than 2000 sellers selling on ecommerce marketplaces such as Flipkart, Amazon India, Snapdeal among others.

Ecommerce Cos, Startups To Ramp Up Hiring In 2019

According to reports, companies such as OYO, Amazon India, Droom, Shadowfax, ShopClues among many others are planning to include new institutions for hiring talent. The hiring will happen across various departments including operations, human resources, business development, marketing, sales, and data science. 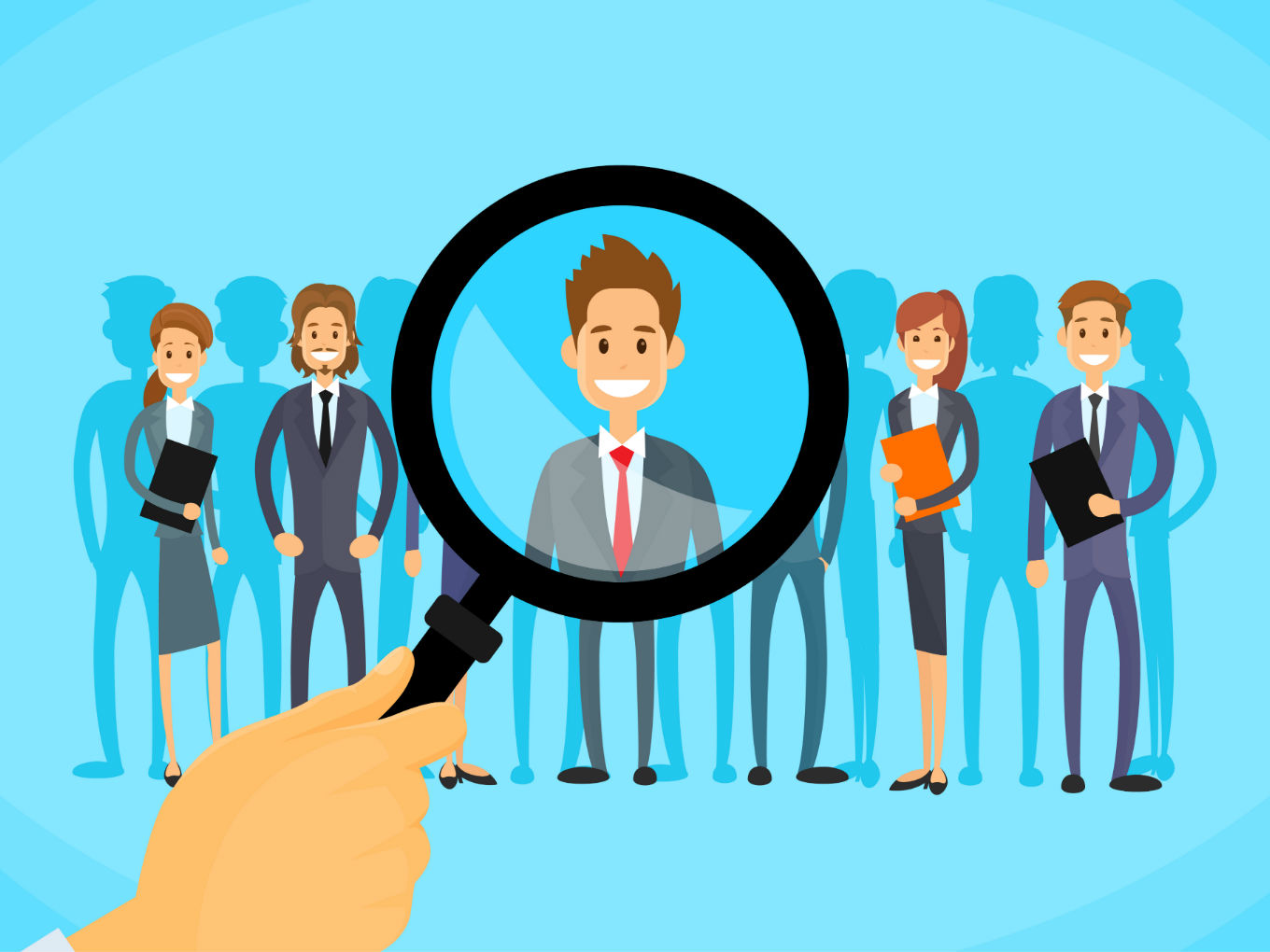 In a Facebook post, Finance Minister Arun Jaitley said that Visa and Mastercard are losing market share to Indian financial services, noting that RuPay’s total worth of transactions had increased to $1.15 Bn (INR 84.3 Bn) as of September, from $151.2 Mn (INR 11 Bn) before demonetisation. Earlier in June, Mastercard had complained to the US authorities that Prime Minister Narendra Modi was using nationalism to promote the usage of Indian domestic card scheme RuPay, which was hurting foreign payment companies.

Ecommerce Cos Struggle To Comply With Tax Rule

Ecommerce companies are in a fix as they reportedly struggle to comply with a November 10 deadline to deposit tax collected at source on all payments made to their sellers in the last month. The Tax Collected at Source (TCS) provisions, introduced as a part of Section 52 of the Central GST Act, states that tax has to be collected by the ecommerce operator when a supplier supplies some goods or services through its portal and the payment for that supply is collected by the ecommerce operator.

The ministry of electronics and information technology (MeitY) has directed all ministries to tread carefully on Direct Benefit Transfers (DBT), after receiving many complaints related to fraudsters setting up fake government websites to dupe innocent people. MeitY has identified at least six common hi-tech modus operandi being employed by the fraudsters.

In another development, Delhi High Court has directed Delhi-based fashion ecommerce portal Darveys.com to ensure the authenticity of each and every item being sold on the platform. This verdict comes in after the platform was accused of trademark infringement by French luxury shoe brand Christian Louboutin, named after its founder. 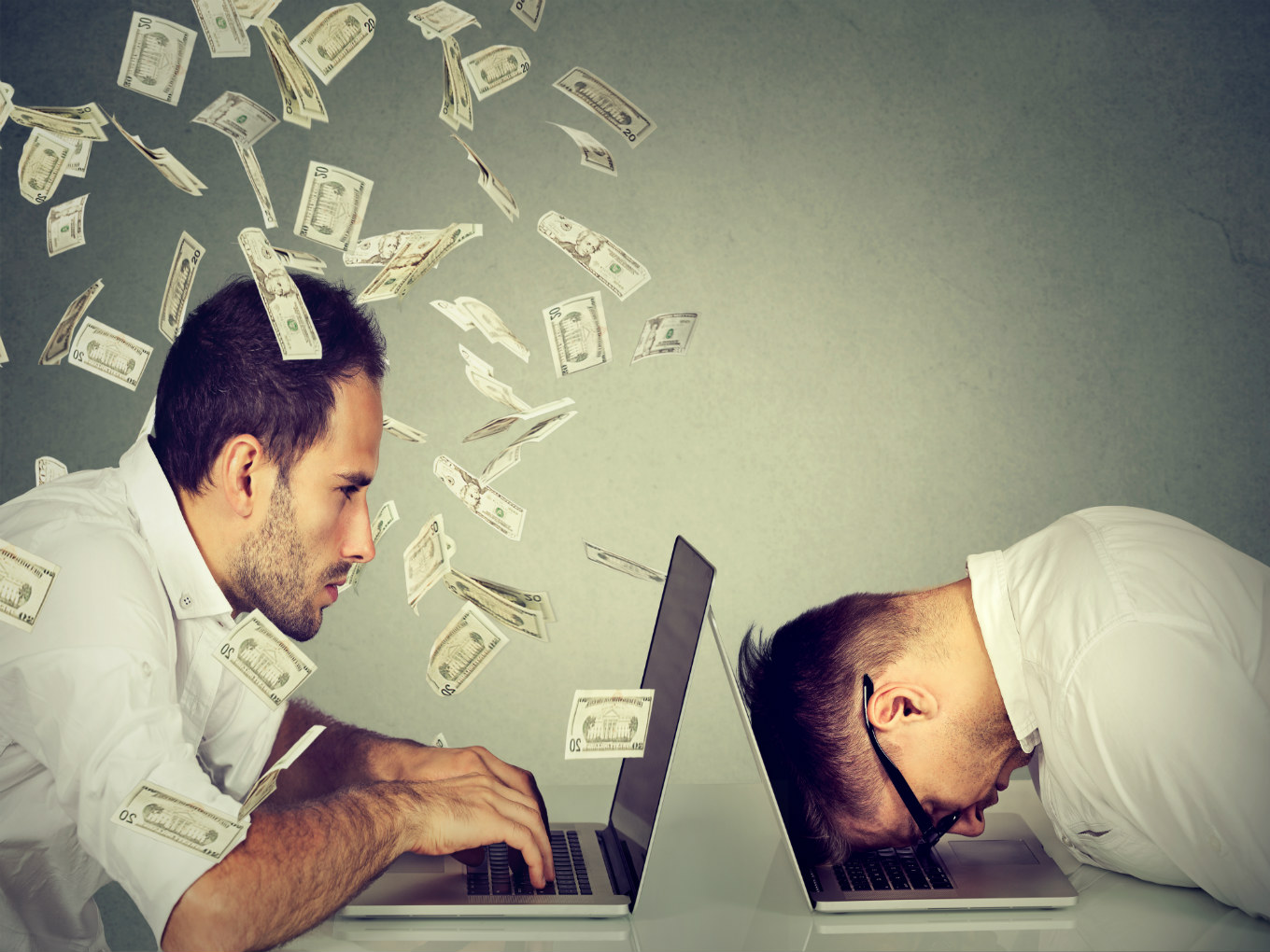 Revenue/ Losses Reported In The Week 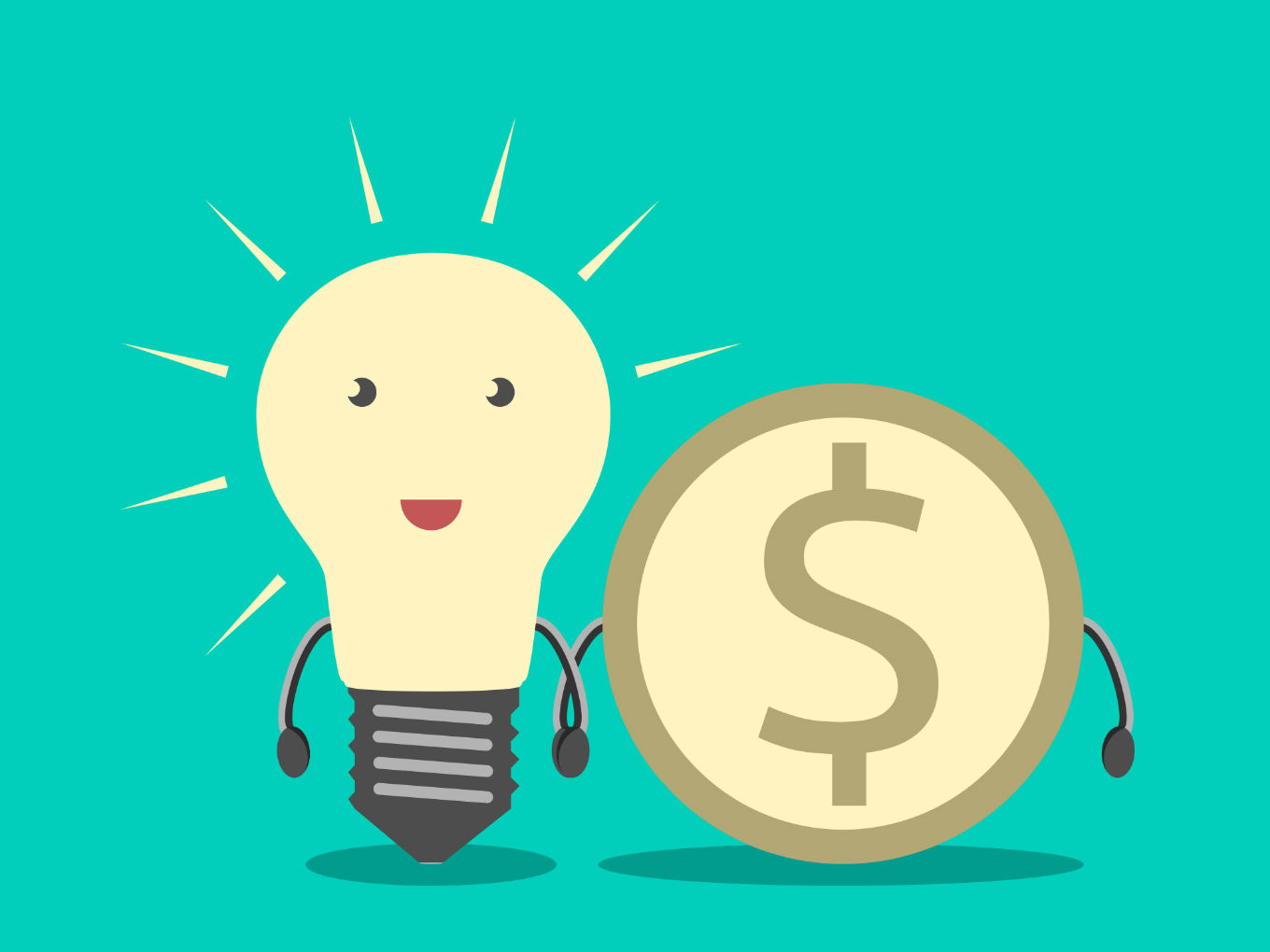 Chinese content aggregator ByteDance has changed the design of its Indian language content app, Helo, and also tweaked its description on Google Play Store to ‘Share, Follow & Chat’, after the Delhi High Court ordered it to stop placing bids on ‘ShareChat’ as a keyword on Google’s AdWords. The move comes after Bengaluru-based vernacular social and content platform ShareChat filed a complaint against ByteDance alleging ‘adwords ambushing’.

Ola, has now announced that it has launched its services in New Zealand and is offering rides to Auckland, Wellington and Christchurch. The company had announced its plans to expand to the island country in September.

In a survey of over 27K participants across more than 200 districts of India, LocalCircles found that 19% of the respondents had received fake products from ecommerce companies in the last six months. While 57% denied ever getting counterfeits, 24% said they were unsure about it, the survey noted. The survey which comprised of eight questions showed some interesting aspects of online shopping.

Amazon has launched its subscription-based audio book service called Audible, in India. The service while still in beta mode, will be available on iOS and android app stores. At present, Audible services are available on a 30-day trial for all users and a 90-day trial for the prime members. After the trial version, users can avail the service for a recurring payment of $2.74 (INR 199) per month.

One97 Communications Limited, which owns Paytm has partnered with the Directorate of Electronic Delivery of Citizen Services (EDCS), DPAR (e-Governance) to enable digital payments for BengaluruOne and KarnatakaOne customers. Under this partnership, Paytm will enable seamless payment experience for BengaluruOne/KarnatakaOne users across 17 cities in Karnataka at over 197 centres.

NirogStreet, a technology led Ayurveda platform, has announced the launch of its ecommerce platform. NirogStreet’s e-commerce platform aims to combat the issue of fake ayurvedic medicines being dispensed in the market by doctors. Currently over 8000 doctors are regularly purchasing from NirogStreet platform. In a short span of time, the ecommerce platform claims to have generated a cumulative sale of $1 Mn in its first quarter.

Innov8 Co-working has announced operations of its four new centers by the end of November’18. Two of which will be operational by November 9’18. Further strengthening its foothold in Delhi/NCR and Mumbai, new centers will serve 1600 new coworkers with the total area of 90,000 sq. ft. New centers have already achieved pre-committed clientele like Vistaprint (Cimpress N.V.), Nokia Corporation, BenQ India etc.

Medlife has announced the launch of their 2-hour Express Delivery Services in Bengaluru that aims to fulfill the acute and immediate requirements of their customers. This will immensely help medicine seekers, especially who are in urgent need of medications for ‘acute’ ailments such as Fever, Common Cold, etc.