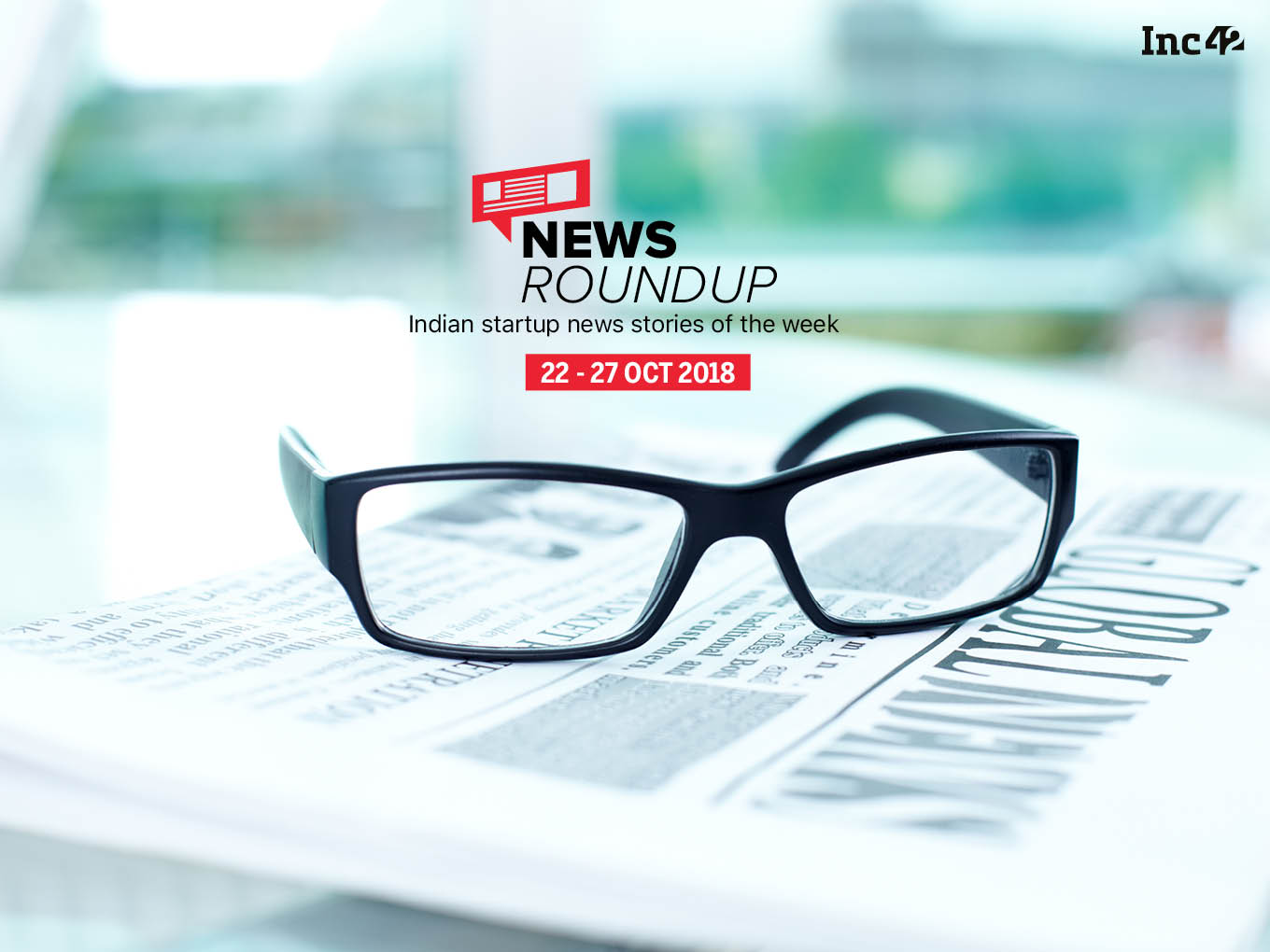 While Supreme Court has declined an urgent hearing of a petition on #MeToo, this week a Group of Ministers, headed by Home Minister Rajnath Singh, has been constituted by the government to strengthen the legal and institutional frameworks to deal with and prevent sexual harassment at workplace. The members of the GoM are Road Transport Minister Nitin Gadkari, Defence Minister Nirmala Sitharaman and Women and Child Development Minister Maneka Gandhi, a home ministry official said.

In another shocking development, Paytm Chief’s secretary Sonia Dhawan, her husband Roopak Jain, along with another Paytm employee, Devendra Kumar, have been sent on police remand for 14 days by the chief judicial magistrate (CJM), Gautam Buddha Nagar, (Noida) against the charges of extortion.

Sonia’s family members have now claimed that the Paytm boss had entrusted her with the company’s internal investigation into the case and that her arrest is, in fact, an attempt to cover up what she found about the data theft. They also claimed that it was Vijay Shekhar Sharma who masterminded the entire plan to frame Sonia.

Sonia’s lawyer, Prashant Tripathi claimed that the promoters of Paytm were pressurising Sonia to sell her stake in the company and that she has been framed.

With neither Paytm nor the police revealing the nature of the stolen data yet, the big question is: What is the “sensitive personal data” belonging to Vijay Shekhar Sharma that could affect the company’s business and that led to an extortion bid of INR 10 Cr? What implications could it have if revealed in the public domain?

Let’s have a look at other important developments in the Indian startup ecosystem.

UIDAI has now reiterated that direct benefit transfers (DBT) will continue to be Aadhaar-linked and thus banks can continue with the AePS facility. “The AePS system ensures that the government benefits and subsidy money reach directly in beneficiaries’ hands and eliminates any diversion by ghosts and middlemen,” said UIDAI chief executive Ajay Bhushan Pandey.

In another development, the telecom operators have suggested that legal ways to bring Aadhaar back may be explored by either approaching the SC for allowing voluntary use of the Aadhaar number for e-KYC (know-your-customer)process or introducing a legislative framework. The companies have added that if Aadhaar-based verification is brought back as a voluntary option then the companies will not need to introduce any other form of digital KYC process, which can be both time taking and costly. 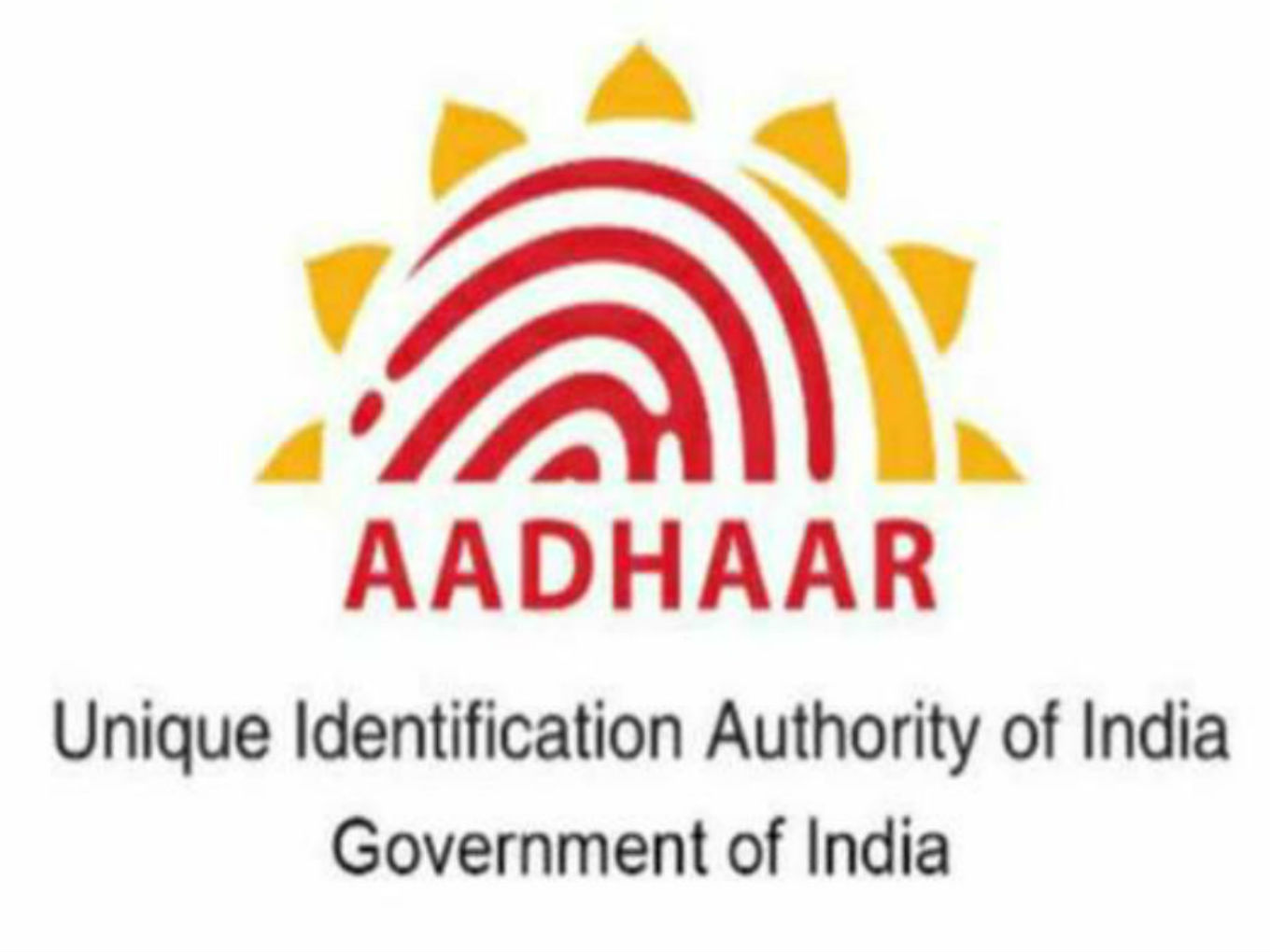 MeitY has asked sectoral regulators and relevant departments to define what constitutes sensitive personal information. Such data will have to be necessarily stored only in India. For instance, the health ministry can say that gene sequence is critical, while the RBI may reiterate that payments data is critical.

The PayPay wallet service will be integrated with users’ Yahoo! Japan ID, providing existing Yahoo! Wallet customers the option to use PayPay services within Yahoo! Japan’s smartphone application.As an initial offer, PayPay will give electronic money equivalent to 500 Yen to each customer who downloads the app and authenticates it with a valid Japanese mobile number. In addition, for sellers and establishments, PayPay will not charge any fee for ‘user scan’ type settlement for three years till the end of September 2021. 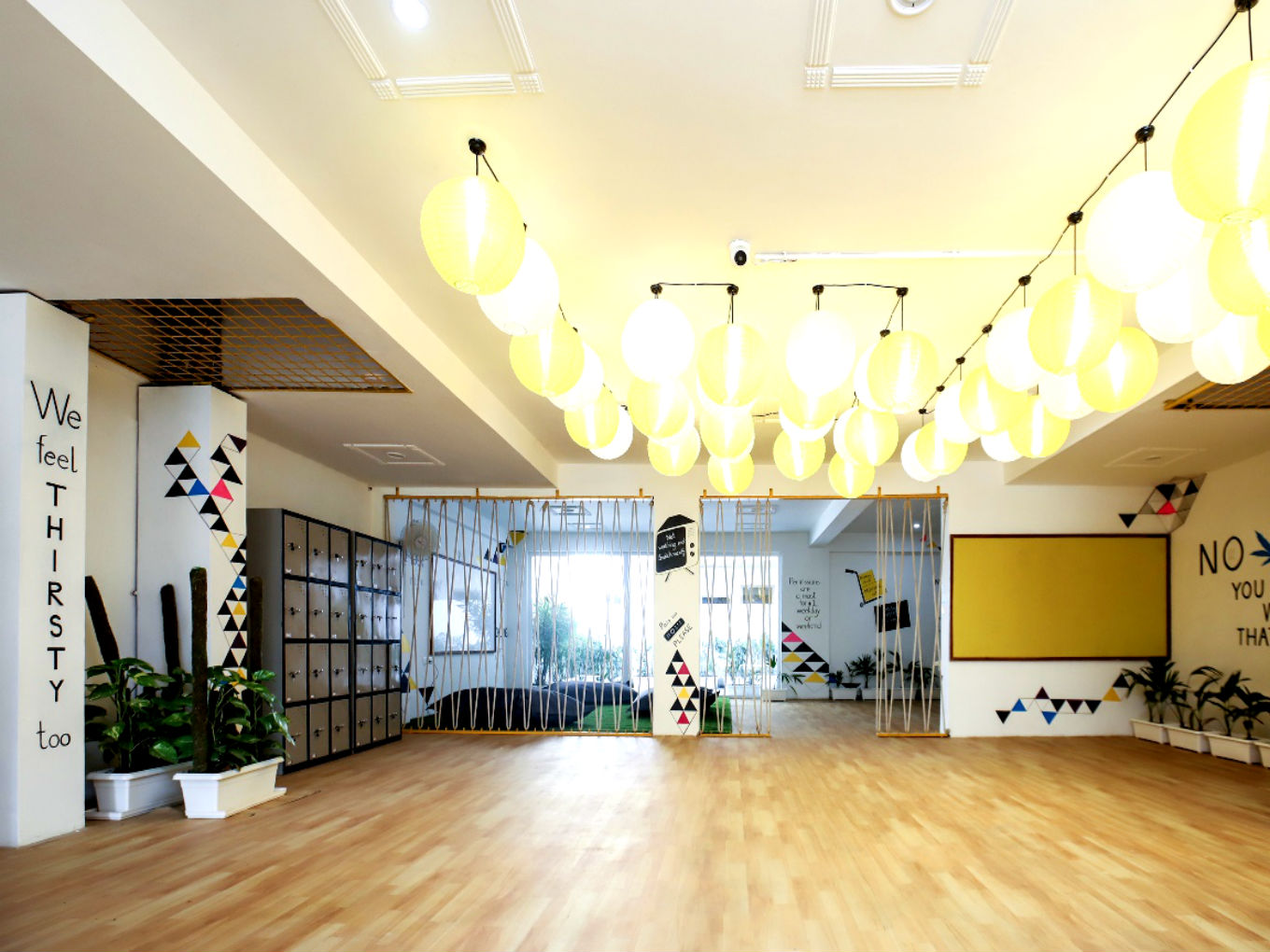 It plans on operating such housing spaces in Noida, Gurugram, Bengaluru and Pune with more than 35 properties and 2,000 beds. It further aims to expand in the top 10 metros by the end of 2019 with 50,000 beds. Its monthly rental plan starts from $109 (INR 7,999) per bed. The company said that OYO Living will help residents save on brokerage, lock-in periods, and the hassle of searching house helps and support services involved while moving to a new residence — while taking full control of the asset owner’s property with guaranteed rental yields.

“A few Fino accounts were observed to have deposits beyond this stipulated limit. Hence the restriction on new account opening. Now we have made the required changes in processes, products and technology. RBI has approved the same and lifted the prohibition on Fino Payments Bank,” Fino Payment Bank said in a statement.

The notice has been served following the PAN India raids led by drug inspectors on October 5-6, upon reportedly finding some indigenously manufactured cosmetics being sold without valid manufacturing licence and having ingredients imported without necessary registration certificates. The DGCI has further warned them of penal action for “offering for sale, sale and distribution of spurious, adulterated cosmetics and cosmetics manufactured without a valid licence in contravention of the Drugs and Cosmetics Act, 1940.” The bench constituting of Justices A K Sikri and Ashok Bhushan had also added that if any ecommerce platform doesn’t comply with the rule then it will be charged with contempt of court and also monetary penalties. The Supreme Court has allowed only licensed operators to sell firecrackers, and has banned their sale online.

Have A Look At Revenues/Losses In FY18:

The 12-hour autos and taxi strike, which started from 6 am on October 22, is spearheaded by an auto-taxi union, Sanyukt Sangharsh Samiti, to protest against the Delhi government’s policies on cab aggregators and Centre’s rule on speed governors. They have been demanding the government to intervene and has called for a dialogue on the matter. 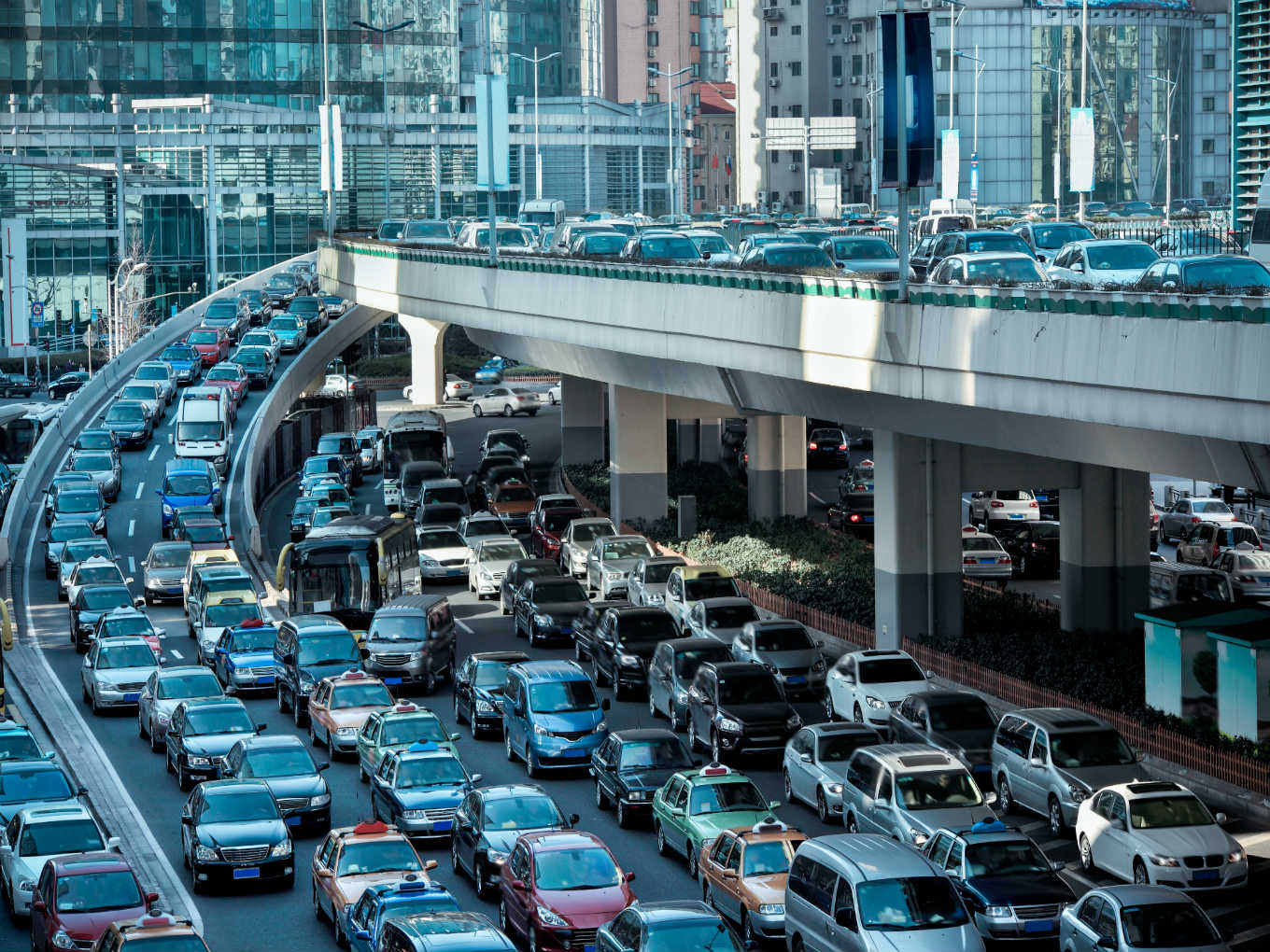 Indian government has directed the companies to develop a mechanism to monitor the spread of false information and objectionable content.The meeting was attended by representatives from social media giants including Facebook, Google, Twitter, WhatsApp, YouTube, and Instagram. Further, the Mark Zuckerberg-owned Facebook and Instagram have been asked to install systems to for prompt sharing of information with the law enforcement agencies.

The new space will begin its operations next year and also plans to recruit nearly 2,200 employees.  Facebook will be paying a rent of $4.63 Mn (INR 34 Cr a year) for the office located in Embassy GolfLinks – a campus housing several tech companies including marquee clients IBM, Microsoft, Goldman Sachs among many others.

The NPC issued a circular limiting the number of daily UPI transactions to 10 transactions per bank account for the P2P segment within a span of 24 hours, where the timestamp of the first transaction is considered as the start time. The restriction has been in effect since October 21, 2018.

Products from House of Pataudi will be available exclusively on Myntra and Jabong from October 25 across a price range of INR 1500 – 15000 for men and INR 2000 – 20000 for women.The range includes kurtas, sherwanis and Nehru jackets for men and kurta sets, lehengas and dresses for women.

Bengaluru-based ad tech major InMobi says that its enterprise strategy of partnering with firms such as Microsoft and Sprint has helped it arrive at the “big boys club” of digital advertising, pitting itself against Google and Facebook in terms of quality of data that it can generate for brands to advertise to consumers.

The SoftBank-backed InMobi has lined up more partnerships with enterprises and at least five mobile operators to use customer data that will help it grow faster.

App-based lending platform EarlySalary said it has crossed the INR 550 Cr loan disbursal mark, thereby claiming to be the country’s largest consumer lending application. The company has provided loans to over 135,000 unique customers and disbursed cumulatively 350,000 loans, primarily to young working Indians. It is now disbursing INR 80 Cr a month, processing over 60,000 loan applications and disbursing 35,000 loans every month.

The internet Industry is estimated to create 12 Mn new jobs by 2022. The Internet Services Sector in India is currently valued at $33.8 Bn and by the year 2022, it is expected to reach $76.4 Bn in conservative estimates, according to a report titled “Economic Impact of Internet Services in India”, published by the Internet and Mobile Association of India (IAMAI). However, the sector has the potential to reach a value of $124 Bn by 2022.

PhonePe Sees A 150% Growth In Transactions

Foodpanda has announced the launch of its delivery network in 30 additional cities taking its presence to 50 cities across the country. Foodpanda’s delivery network is now active in cities such as Jodhpur, Kota, Udaipur, Amritsar, Ludhiana, Jalandhar, Dehradun, Allahabad, Varanasi, Surat, Vadodara, Aurangabad, Bhopal to name a few. Foodpanda targets to be in 100 cities by the end of November.

IndiQube Strengthens Its Presence In The West

IndiQube, one of the leading coworking and workspace providers in India has announced its expansion to Mumbai by leasing space at The Leela Business Park, Andheri. The company’s first venture in the city will offer 600+ seats, adding to the existing 30+ workspaces across five different cities with a cumulative capacity of around 30,000 seats. The expansion is aided by Series A funding of $15 Mn raised from WestBridge Capital, this June. With the launch of their workspace at The Leela Business Park, IndiQube will be present across the cities of Bengaluru, Hyderabad, Chennai, Mumbai and Pune.

GrabOn Ties Up With NPCI

GrabOn has tied up with National Payments Corporation of India (NPCI) for offering additional discounts on Gift Cards for Unified Payments Interface (UPI) users and RuPay card holders as a festive season offering for Diwali. GrabOn has recently moved into the Gift Cards space citing a massive 3X year on year growth of the gift card industry as a lucrative opportunity.