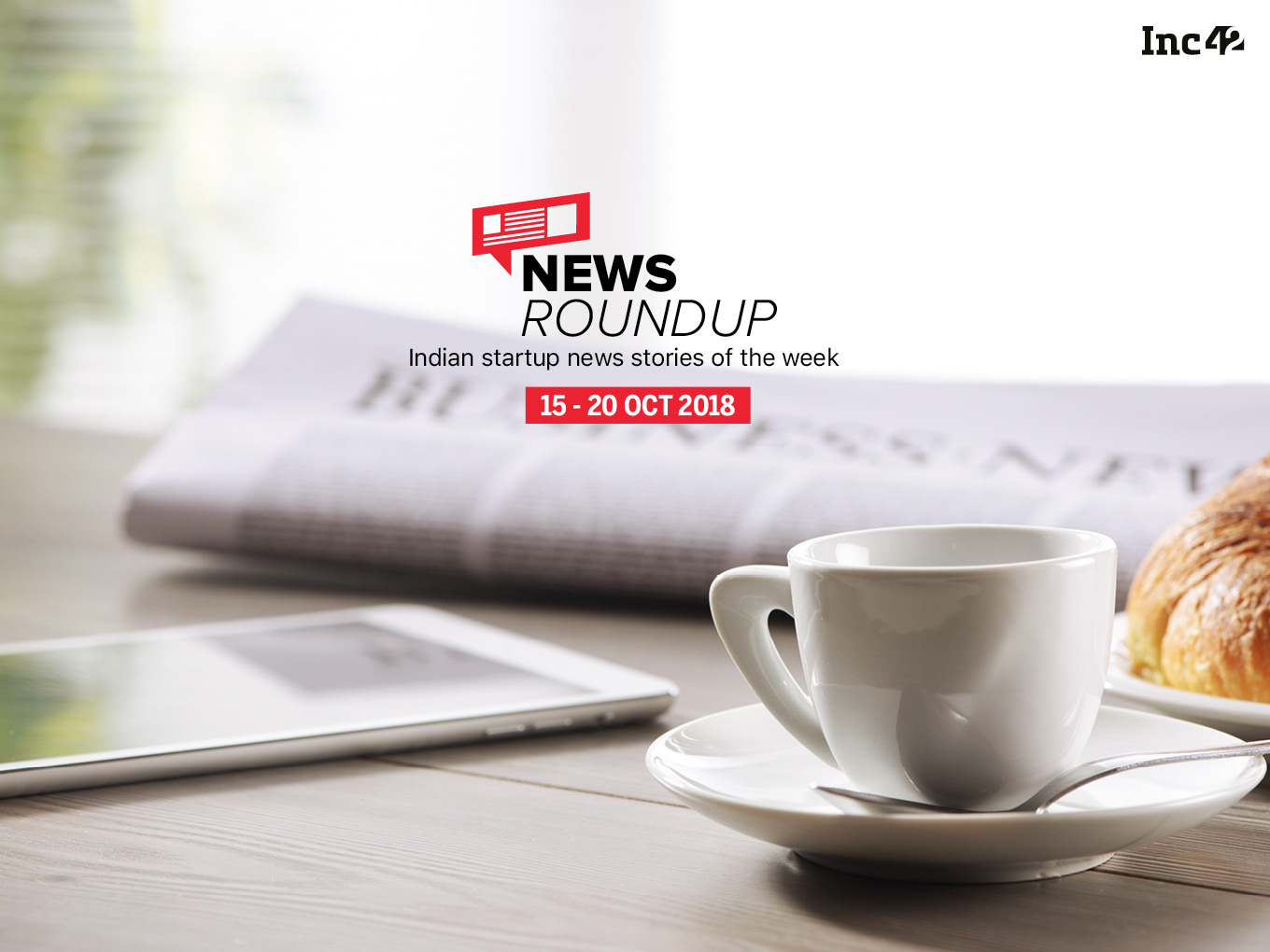 This week in the Indian startup ecosystem, the UIDAI directed digital payment companies to submit confirmation of closure of Aadhaar-related authentication and their alternative plans to exit from the Aadhaar-based ecosystem. According to reports, the UIDAI has sent the letter only to non-banking companies such as PayPoint, Eko India Financial Services, and Oxigen Services, among others.

Further, NPCI is said to be believed that the company did announce to set up systems to store data locally however it did not clearly mention if the user payments data will be stored “only” in India or will it be kept overseas as well. The NPCI viewpoint came in after the Facebook-owned messaging app, WhatsApp had said that it has built a system to store user’s payment data locally within the country in compliance with RBI rule.

Also, in a fresh notification, the RBI has green signalled the interoperability of prepaid payment instruments (PPIs) issuing norms. However, the RBI, in its notification, clarified that the norms are facultative in nature and only participating PPIs issuers will be required the follow them.

Flipkart-owned online fashion platform Myntra has taken steps to the global market. It has started selling its private brand named All About You at Walmart stores in Canada.

In another development, Amway has reportedly sent a notice to ecommerce platform Flipkart for allowing Amway’s direct sale representatives for selling its products ‘illegally’ on its platform.

Soon, we may find companies like Flipkart, Paytm, Ola, to consider the possibility of listing in the country. Reportedly, the Securities and Exchange Board of India (SEBI) is planning to relax rules of startup listing in India. The proposal is under discussion and is said to be part of the final recommendation report scheduled to be submitted the next month

Paytm registered over 137 Mn Unified Payments Interface (UPI) transactions in the month of September 2018. The company is enabling and promoting BHIM UPI for offline payments and more than 5 Mn offline merchants out of its 9.5 Mn merchant base now accept Paytm UPI. The company has also set aside $27.07 Mn (INR 200 Cr) to promote UPI transactions this year.

Following the UIDAI order, telcos including Vodafone Idea, Bharti Airtel and Reliance Jio Infocomm have reportedly submitted their exit plans on closing down Aadhaar-based authentication. They also raised their concern that this sudden change will be putting a financial pressure on the companies.

Launched in September 2018, the Flexi Stay option offers consumers an option to book hotels in India with an anytime check-in/ check-out facility, thereby paying only for the time-based usage of the room. Being in the initial phase, it is currently being offered in two of India’s largest metros – New Delhi and Bengaluru, and two key religious towns – Shirdi and Tirupati.

The firm is selling its stake worth INR 50 Cr in Sharechat, which will give it a neat 25-30X return on its initial investment. Reportedly, around 1-2% stake has been picked up by China’s Hillhouse Capital.

Shopping’ tab will direct users to merchant websites or ecommerce platforms when searching for products to buy. The move by Google is being observed as a precursor to setting up an ecommerce marketplace in India. Google is said to be in talks with ecommerce players such as Flipkart and Paytm Mall to partake in the company’s shopping tab initiative

The partnership will allow PhonePe users to directly book from Treebo’s 400+ hotels and homestays in 85+ Indian cities on the PhonePe app. They will also be able to spend and earn Treebo Rewards (Treebo’s loyalty points) on the Treebo hotels booked through the PhonePe app.

Further, Treebo and FabHotels are reportedly looking for merger as investor appetite to fund hotel startups is waning following the massive funding round by Oyo Rooms.

Also, PhonePe, recently partnered with Mother Dairy, to facilitate payments through the PhonePe platform. Along with UPI, Mother Dairy customers can also use their credit/ debit cards through PhonePe to make payments at Mother Dairy outlets.

PepsiCo To Focus On Marketing And Ecommerce

The move aims to sustain the profitability momentum regained after seven years. The challenge for the soda and snacks maker is to execute for the ‘next league of customers’.

Xiaomi To Roll Out Financial Services Unit In India

Xiaomi is reportedly planning to float a non-banking financial company (NBFC) in India. According to a RoC filing by the company, its new arm, Xiaomi Financial Services India, is planning to take the Reserve Bank of India’s approval to operate as an NBFC in the country.

Netflix has reportedly added 7 Mn new streaming subscribers globally in Q3 2018, thereby exceeding even its own expectations. The company has now set a new target to add 9.4 Mn new members in the fourth quarter of 2018. In a letter to shareholders, Netflix said, “We saw strong growth broadly across all our markets including Asia.” The bright spot here is India.

Cloudtail, the joint venture between Amazon and Catamaran, has reported a revenue increase of 27% to $966 Mn (INR 7149.21 Cr) in FY18 for the period ending March 31, 2018, as per the company’s regulatory filings.  This is a slight increase from FY17, wherein it took a 24% jump on FY16 revenues. However, this is a major drop from the 300% revenue growth Cloudtail achieved in FY16 over the FY15 revenues.

Amid the RBI having stuck to October 15 deadline to its data localisation directive, a closed-door meeting reportedly took place between the RBI deputy governor-general BP Kanungo and top foreign data fiduciaries operational in India. Some of the US companies such as Visa and Mastercard reportedly demanded 12 months extension to comply with the RBI directive on data localisation.

Earlier this year, Togofogo, announced its strategic tie-up with Aforeserve to offer doorstep repair for smartphones. Today, both the companies take the tie-up a notch higher, announce exclusive ‘On-site’ repair for Apple, Samsung, and Xiaomi smartphones. With this, Togofogo aims to deliver to its customers the ease and convenience that an e-commerce experience brings.

docprime.com, the latest healthcare venture by the Policybazaar Group is now live with the full-fledged version of its website.  The website features include industry-first “free family doctor for life” service that will allow people to get instant and free consultation over chat and phone from in-house medical consultants for their health issues. Moreover, the website will provide easy access and navigation for people to find a doctor in their nearby area from a large network, book instant consultations and lab tests on special or discounted rates. The key focus is on improving the accessibility of doctors and labs thereby driving economies of scale.

The declarative API monitors the health of the customer’s telephony to ensure greater reliability and availability. Heartbeat API (Application Programming Interface) will create alarms and trigger notifications in case of a downtime to reduce the customer impact. The Internet of Telephony is the idea where all of the telephony infrastructure is connected to the internet and is able to identify themselves to other devices. If the entire telephony network is virtualized, the Heartbeat API can be used to potentially predict the health of any phone number.