With $225 Mn funding, Udaan became the fastest startup to reach the unicorn status

In all, this week, 16 startups raised a total of $173 Mn funding and three acquisitions took place in the Indian startup ecosystem 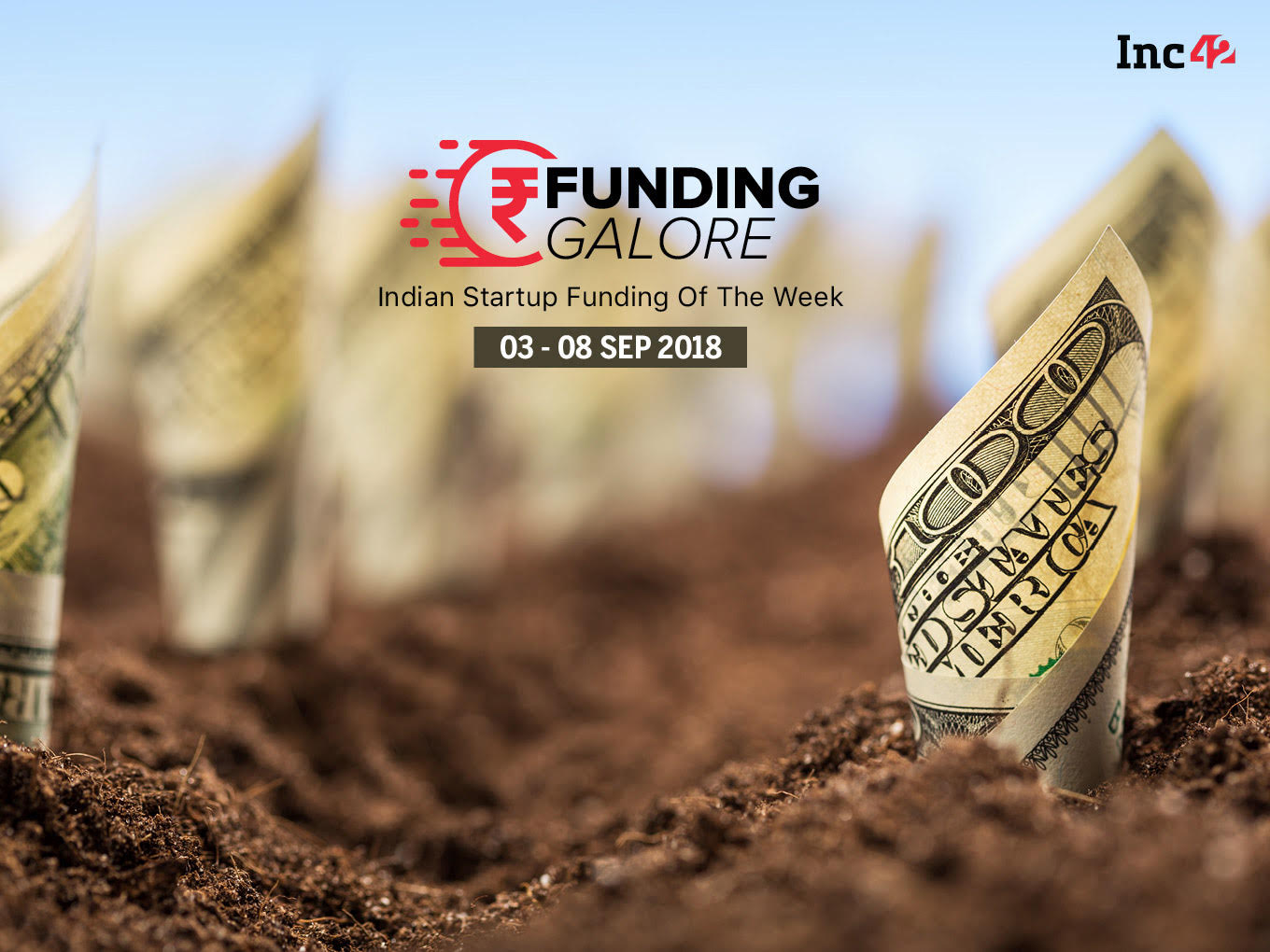 This week, Bengaluru-based B2B online marketplace Udaan acquired the $1 Bn valuation within 26 months of its launch, thus becoming the fastest company to reach the unicorn status. It raised one of the biggest funding round of $225 Mn from DST Global and Lightspeed Venture Partners’ global fund.

Two other biggest funding rounds this week were raised by GreyOrange and Dream11.

Next, Mumbai-based fantasy gaming startup Dream11 raised $100 Mn in a Series D funding round led by Tencent. Existing investors, including Kalaari Capital and Multiples Alternate Asset Management, also participated in the funding round. The company will invest in technology, people and expand our product offering to provide the best-in-class sports experience to its users.

Apart from these, this week 15 startups raised around $173 Mn funding and three acquisitions took place in the Indian startup ecosystem. (The startup funding calculations are based on the startups that disclosed funding amount.)

Wunder Mobility: German carpooling app Wunder Mobility, which officially forayed into the Indian carpooling market in October 2017, raised $30 Mn in an extended Series B round of funding. The investment was led by the KCK Group with participation from existing investor Blumberg Capital. The company plans to use the latest funds to push for aggressive growth in New Delhi and aims to double its numbers in India in the next five months.

SignCatch: Delhi and NCR-based retail tech startup SignCatch raised an undisclosed amount in a fresh funding round from ThinKuvate, a Singapore-based early-stage venture capital firm. The startup will use the funding to fuel its expansion plans and access the Southeast Asian markets.

Chaayos: Delhi/NCR-based tea cafe chain Chaayos raised $12 Mn in Series B funding from marquee venture capital firm SAIF Partners, Integrated Capital, and Pactolus. The company plans to use the funding to further deepen its offline presence in the geographies it is currently present in.

ThinCl: ThinCI Inc., an AI hardware startup based in California with offices in UK and Hyderabad, India announced the successful closure of its $65 Mn Series C round. The investment round was led by returning investor DENSO and its subsidiary NSITEXE, Inc., and Temasek with participation from a syndicate of strategic investment funds. The syndicate of strategic investment funds included GGV Capital, Wavemaker Partners, and SG Innovate. The company aims to expand the current team to more than 350 in India, by hiring talent for their engineering and customer operations groups.

CloudCherry: India and US-based customer experience management software provider Cloudcherry raised $9 Mn in an extended Series A funding round led by Pelion Venture Partners along with Cisco Investments, Vertex Ventures and IDG Ventures India. The startup plans to utilise these funds to grow its North American Sales and Marketing teams, build out its go-to-market capabilities, and also expand its technological lead through a laser focus on Data Sciences for CX. As a part of this deal, Head of Collaboration Corporate Development and Venture Investments at Cisco, Donald Tucker, and Senior Vice President, CX Platforms at Cisco Brett Wingo, are to join the board of directors as observers.

DailyHunt: Bengaluru-based news and ebooks mobile app Dailyhunt raised $6.39 Mn in an extended Series E round from Falcon Edge. Reportedly, the company was valued at $335 Mn (INR 2,371 Cr) pre-money, which is close to its valuation from its Series D investment round pegged at around $330 Mn (INR 2,230 Cr) then.

SlicePay: Bengaluru-based fintech startup SlicePay, which offers instant credit to the millennials, raised an undisclosed amount of funding as part of its ongoing Series A round. The investment was led by FinUp Finance Technology Group from China with the participation of existing investors — Blume Ventures, Das Capital, and Simile Ventures. SlicePay plans to expand its current services to tier-2 cities this year.

HappyEasyGo: Gurugram-based online travel agency (OTA) platform HappyEasyGo raised an undisclosed amount of fund in a Series A+ round from South Korea-based Korea Investment Partners (KIP), Samsung and China-based CITIC Capital along with other investors. China-based venture capital firm Ganesh Ventures, a Jack Ma backed fund which invests in tech startups is among its existing investors.

Nykaa: Mumbai-based online beauty marketplace Nykaa raised $15.72 Mn from consumer-focused private equity manager’s Lighthouse India Fund III. With this funding, existing investor TVS Shriram Growth Fund, which invested in Nykaa in 2015 and 2016 as part of the Series B and Series C fundraise, has exited the company. It further aims to fuel its plans towards expanding its offline presence from 17 stores currently to about 55 stores by FY19-end.

ClearDekho:  Delhi-based budget eyewear brand raised an undisclosed amount of funding from SOSV-MOX China Accelerator, Asia’s leading mobile accelerator. It aims to use the funds to capture the budget Eyewear market in India and looks at a range of Industry first cross-border partnerships. This is the global fund’s first funding in an Indian eyewear retail startup.

Haazri: Mumbai-based Haazri raised $172K (INR 1.25 Cr) in a Seed round of funding from Artha Venture Fund. Haazri is a Quick Service Restaurant startup that serves tea, coffee and snacks across five locations in Mumbai.

SRJNA: Jaipur based SRJNA, a brand of Elation Edtech Pvt. Ltd. raised funds from US-based impact investor Gray Matters Capital under its edLABS initiative. The company has also received funding Keiretsu Forum – a global investment community of accredited private equity angel investors, venture capitalists and institutional investors and SucSEED Venture Partners in this round. With the current round of funding, SRJNA will look at augmenting its content R&D, technology and building a channel partner network for faster growth across the 1.5 Mn addressable school market in the country.