The Series B investment round was led by KCK Group, a US-based family investment firm

Existing investor Blumberg Capital also participated in the funding round 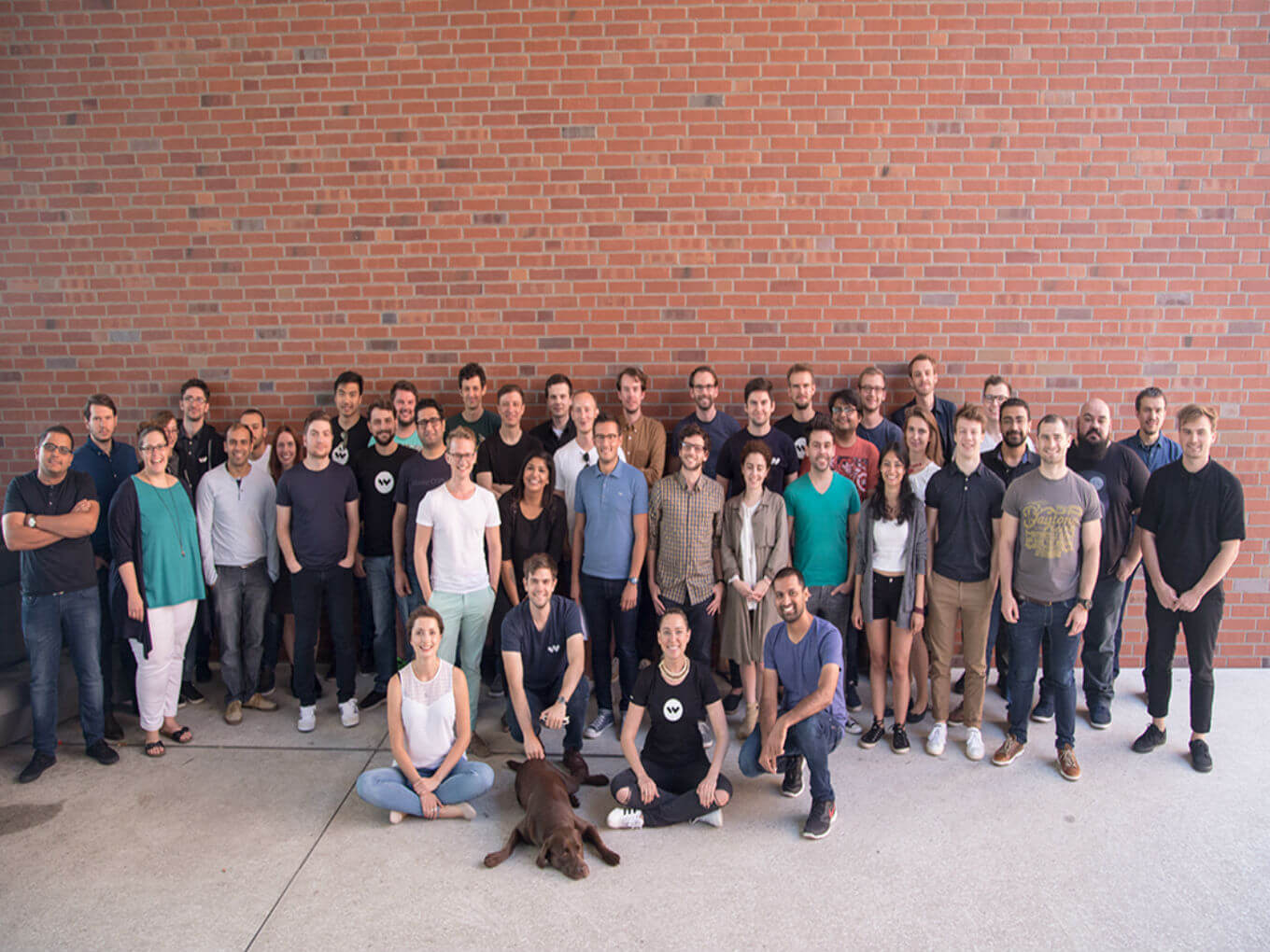 German carpooling app Wunder Mobility, which officially forayed into the Indian carpooling market in October 2017, has raised $30 Mn in an extended Series B round of funding, disclosed Rachit Shadra, Country Manager-India, Wunder, in an exclusive interaction with Inc42.

The investment was led by the KCK Group, a US-based family investment firm, with participation from existing investor Blumberg Capital, an early-stage venture capital firm headquartered in San Francisco in the US.

So far, the company has raised a total of five rounds of funding, including two seed rounds in December 2013 and June 2014; a Series A round in June 2015; and Series B in October 2017. The funding amount remained undisclosed for all these rounds.

The Wunder app facilitates individual car-owners to share their rides with others travelling along the same route. Founded in Hamburg in 2014 by Gunnar Froh and Sam Baker, Wunder started as Germany’s first ridesharing product in Hamburg and Berlin. The company then shifted its focus to urban carpooling in emerging markets and launched in Manila in the Philippines, followed by New Delhi, due to strict local transportation regulation in Germany.

Wunder Mobility marked its official launch in India in October 2017 with a revamped version of its global carpooling app, in line with the urban mobility needs of Indians. Prior to that, Wunder did a soft launch in India in early 2017 in three cities — New Delhi, Bengaluru, and Mumbai.

The company plans to use the latest funds to expand its engineering team in Germany, push for aggressive growth in its existing carpooling markets of New Delhi and Rio de Janeiro, Brazil, and to establish an international B2B sales organisation.

Wunder Mobility further aims to double its numbers in India in the next five months. The startup, which has 70 employees working from four offices in Manila, India, Germany, and Brazil, plans to recruit another 100 employees over the next 12 months, especially in marketing, product development, and B2B sales.

As Gunnar Froh, founder and CEO, Wunder Mobility, told Inc42 in an email interaction: “Germany is the birthplace of the automobile and our company’s mission is to drive a global mobility revolution once again. Today, we are the only mobility tech company globally who (sic) is operating a consumer product at scale and can offer the full stack of urban mobility solutions to corporates and cities.”

Here are some key facts about Wunder Mobility:

Even as players such as Uber and Ola continue to make ride-sharing attractive with cheaper and flat rates for their users, Wunder is working its way through the complex demands of daily commuters to bring a global mobility experience to India.

Wunder carpool aims to position itself as an alternative to existing public transport mechanisms such as buses, metros, and ride-hailing options such as Ola and Uber. Its main purpose is to build a community that is aware of the urban mobility problems their country is facing and is willing to contribute to it.

The Wunder carpool app encourages people who are traveling in the same direction to share their rides as a community initiative to reduce pollution and decongest roads. It enables car-owners to save money on their monthly commutes through carpooling.

It must be noted that Wunder does not employ professional drivers.

When Inc42 interacted with the Wunder Mobility founders in October 2017, they were looking for monetisation opportunities and had plans on paper. Fast forward 10 months and the company has not only started monetising but also has a leading clientele from the automotive industry in its portfolio.

Wunder’s India Country Manager Rachit Shadra explained, “Wunder has evolved from a carpooling app into a full-stack mobility solutions company. In addition to a fee that we charge when you use the Wunder Wallet to pay on the app, Wunder Mobility supplies software, hardware, and operational services for future-oriented mobility concepts in smart shuttles, fleet management, and carpooling on the mobility services side.”

Also, in recent months, transport companies, as well as customers from the automotive industry in Japan, Europe, and the US, have committed to using Wunder technology, Shadra added.

On the carpooling front, however, its strategy remains the same. Unlike ride-hailing companies, Wunder does not allow users to earn money through the app. It is a carpooling service and has a cap on the maximum amount per km that a driver can charge.

“If you go from A to B every day for work and back and spend around INR 20K per month on the commute, if you share your car with three other people, you can reduce that cost to one-third i.e. around INR 6K per month and save approximately INR 14K per month,” said Shadra.

Wunder’s Foray On Indian Roads: The Rough With The Smooth

“Sharing is caring,” is one of the oldest and most repeated adages in India. However, beyond overloaded tiffins and auto rides, Indians have been wary of sharing their personal possessions with strangers.

With the rise of the sharing economy, India has lately warmed up to concepts like homesharing (Airbnb), clothes sharing (Flyrobe), and, most of all, commute-sharing — with the likes of UberPool, Ola Share, and now Wunder.

Wunder has been in the Indian market for more than a year now and Shadra shared with Inc42 that users have responded well to the new features introduced on its redesigned app, released earlier this year. Some of these features are live tracking of drivers, manual pick-up point set-up, group chat, government ID verification, and Paytm integration, among others.

It has faced its fair share of challenges as well. The Wunder founders believe that carpooling is a community driven movement where people of a city come together in order to take cars off roads and reduce pollution levels. To position, this theory in a market like India, which  is dominated by discounts and free rides from ride-hailing companies, seemed to be a bit of a problem.

“But, with enough focus and perseverance, Wunder has acquired an extremely loyal set of users in New Delhi who have been instrumental in working as evangelists to bring more people on board,” added Shadra.

When asked about the competition in the mobility space, he said, “We believe that there are players that exist in this space that are tackling specific problems but Wunder has grown to become the only international full-stack provider to offer the entire range of new mobility services from a single source.”

The startup’s portfolio includes software, hardware and operational services for smart shuttles, fleet management (car, bike and scooter sharing), and carpooling. “And this, we believe, gives us the edge in the urban mobility space,” added Shadra.

India Picking Up Speed To Solve Its Urban Mobility Problems

India’s urban mobility problems, compounded by rising vehicles and unplanned city roads, have reached an alarming stage. Add to that the fact that India’s pollution levels are some of the highest in the world and India is at the edge of an urban crisis.

The Indian startup community, the central and state governments, and many international players have come forward to seek long-term solutions to curb India’s traffic congestion, inequality in access, as well as the pollution problem.

A few initiatives taken by the Indian government in this regard are:

Mahindra & Mahindra, Ola, Jugnoo, ZoomCar, Ather Energy, Emflux Motors, are some corporates and startups, among several others, that are working in the alternative vehicle segment.

Wunder Mobility: Looking For A Long-Haul Drive In India

Wunder has entered India at a time when efforts are being made by all stakeholders to address urban mobility problems. With its monetisation plan in place and underway, Wunder is also looking to work with the Indian government in the near future in initiatives taken to decongest roads.

A recent study by the global research organisation World Resources Institute (WRI) found that India’s car-sharing industry was growing rapidly and it could potentially reduce car driving in the long term.

While carpooling (a peer-to-peer business model) has become a huge hit in the western countries, India is yet to explore the full potential of the type of carpooling Wunder offers — in which individuals come together and share self-driven and self-planned rides to decongest roads and reduce pollution.

But someone has to make a start, and Wunder Mobility has made a brave foray into a market already dominated by ride-sharing of a different kind.