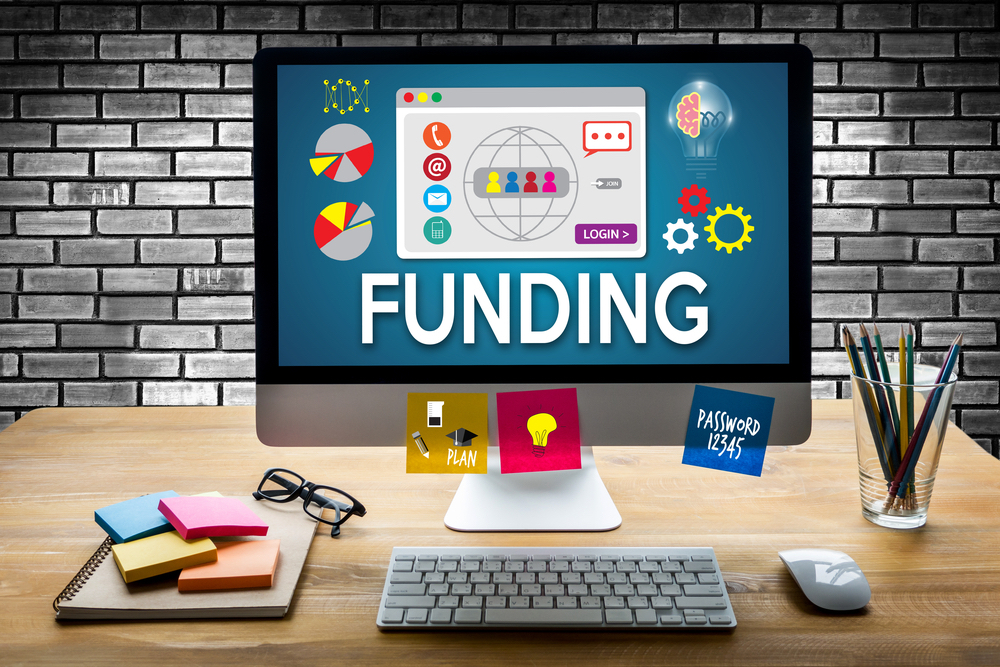 The Securities and Exchange Board of India (SEBI) relaxed norms for angel funding in the country. The total number of angel investors allowed to invest in a venture is now raised to 200 from 49 and reduced the minimum investment amount to $36K from the previous limit of $76K.

In another development, Paytm’s parent company, One97 Communications Ltd and its founder Vijay Shekhar Sharma collectively invested $32 Mn (INR 220 Cr) till date in Paytm Payments Bank Ltd, ahead of its launch that has now been pushed towards early 2017. Sharma has invested $16 Mn (112 Cr) in the business, while the rest has come from One97. Sharma will hold a 51% stake in the Payment bank, and 49% stake will be held by One97.

This week 18 startups raised over $ 55 Mn in funding altogether. (Funding amount is based on the startups that disclosed their funding amounts.)

Spearheads: Edtech startup Edutainment Spearheads secured an undisclosed amount in Seed funding from YMS Mobitech, a tech-based distribution company. The funding will be used for technology development, offline products, and to scale up content for the startup’s flagship product, VoLT – a vocabulary enhancing the app.

NoddApp: Mumbai-based professional networking app Nodd raised $147K (INR 1 Cr) from a group of angels, including 11 investors. As of now, the majority of the names remain undisclosed, except two – Jaison Jose and Sandipan Chattopadhyay. The raised funds will be used to scale up operations and expansion across major metros like Delhi, Bengaluru, Mumbai, Hyderabad, and Chennai. Part of the investment will also be directed towards building a strong team and technology.

Vymo: SaaS-based predictive sales analytics startup Vymo secured $5 Mn in its Series A round from VC firm Sequoia India. The startup plans to use the funding for product development, hiring fresh talent, and to increase its presence in the international markets.

Aye Finance: Delhi-based NBFC Aye Finance raised $10.2 Mn in Series B round of funding led by LGT Impact Ventures. Existing investors SAIF Partners, and Accion also participated in the round. The raised funds will be used for expanding to more cities in India and technology innovation. Earlier, in December 2015, the company had raised Series A round of $3 Mn and in February 2015, a Seed round of $1 Mn.

amount in Seed funding. The investment has been led by franchise and retail solution group, Franchise India. The funding will be utilised to develop uClean into a 500+ laundromats chain over the next five years.

Froyofit: Indore-based fitness discovery platform, Froyofit raised an undisclosed amount in Pre-Series A round of funding. The investment was led by Dr. Pooja Gandhi, an Indian actress and producer, who works mainly in Kannada and Tamil cinema and has two Filmfare awards to her name. She will also be the face of Froyofit in the South Indian market. The fresh funds will be used for expansion to other Tier II markets and fuel the growth in acquiring more users.

Udaan: B2B online marketplace Udaan secured $10 Mn in its Series A round of funding from VC firm Lightspeed Venture Partners India and Lightspeed US. The three founders have previously invested $1.5 Mn in the venture as a part of its Seed round.

Infisecure: Bot protection startup InfiSecure secured $600K in its Seed round of funding from IDG Ventures and Axilor Ventures. The company plans to deploy the raised funds towards research, global business development, and technological innovation.

Knowlarity: Cloud telephony company Knowlarity secured $20 Mn in Series C round of funding, taking the total amount of money raised to $41 Mn. The investment was led by Delta Partners with participation from existing investors, Sequoia India and Mayfield. The round also included a small debt-based investment from Blacksoil and Trifecta Capital. The funds raised would be used to expand into other international markets, make acquisitions and invest in advanced technology products for its customers.

Housing: Online real estate portal Housing raised an additional $5 Mn investment in a bridge round from its existing investor Softbank. Softbank earlier infused $14.7 Mn in Housing in January 2016. Prior to that, the company saw an investment of $100 Mn in November 2014 at a valuation of $250 Mn, wherein Softbank acquired 30% stake in the company for $70 Mn.

Helpshift: Customer support platform Helpshift secured additional funding from Cisco Investments as part of its Series B round. This brings their total funding to more than $38 Mn. The round was raised earlier in June 2016 with participation from Microsoft Ventures, Salesforce Ventures and other existing investors, including Intel Capital, Nexus Venture Partners, True Ventures and Visionnaire Ventures. The deal aims to explore opportunities to integrate Helpshift’s in-app customer support solutions with Cisco’s leading contact center solutions.

Servify: Mumbai-based Servify raised an undisclosed Pre-Series A amount as investment from Blume Ventures and BEENEXT. The round also saw participation from existing investors including Germany-based Barkawi Holdings GmbH, TM Service Technology Holdings Gmbh and Sreevathsa Prabhakar, Founder of Servify. The fund raise will help in further enhancing the product, service and technology offerings. A major part of this investment will be deployed in aggressively building the product, engineering and business teams.

ShareChat: Bengaluru-based social platform ShareChat closed a $4 Mn Series A round of funding, led by Lightspeed India Partners. Existing investors, SAIF Partners and India Quotient along with Venture Highway (through VH Capital). The fresh round of funds will be employed majorly for going deep into the vernacular ecosystem.

TapChief: Bengaluru-based TapChief raised an undisclosed amount of funding from Paytm, TaxiForSure founder Aprameya Radhakrishna; Fisdom founder Subramanya Venkat; and Venk Krishnan of NuVentures among others. The startup claims to have witnessed over 50,000 minutes worth of interactions on TapChief.

FunOnGo: Reliance Entertainment, led by Anil Ambani, invested an undisclosed amount in a Mumbai-based digital media content and distribution company, FunOnGo. With this funding, startup’s cross-functional team will leverage its understanding of content and industry relationships to amplify its value offering to the consumer.

Hubilo: Gujarat-based Hubilo, a startup that provides integrated end-to-end online solutions for event organisers raised an undisclosed amount of funding from a group of investors including Girish Mathrubootham, the founder of Freshdesk. This round saw participation from VC Karthic (founder of BuzzWorks), Miten Mehta, Umasankar Nistala, Rakesh Patel, Akash Bhavsar, Jeevanandhan Rajagopal, Vikas Chadha, Ameet Rughani, Samad Makani, Avinash Raheja, and Ashish Nanda. The startup will use the newly raised funding for expansion to new markets and technology upgrading, as a part of company’s future plans.

After CommonFloor, Quikr made another acquisition in real estate. The real estate arm of ecommerce marketplace Quikr, QuikrHomes has acquired Bengaluru-based home rental marketplace Grabhouse. With this development, it also announced the launch of its cashless managed rentals solution. As a part of this deal, Quikr will integrate Grabhouse’s products and technology stack into QuikrHomes while also reaping the strong synergies the business has with its other verticals. Grabhouse will continue operations as an independent brand for managed rental homes. As part of the overall integration process, its founders and entire team will move to the Quikr HQ.

Also, online pharmacy Netmeds acquired Delhi-based hyperlocal delivery startup for medicine, healthcare and wellness products, Pluss for an undisclosed amount. The company was in advanced talks to complete the acquisition earlier in October this year. Post the acquisition, Pluss will continue to run its operations and facilities in Delhi, but will merge with Netmeds as one entity. A few of the senior officials from Pluss’ team will join the Netmeds team.