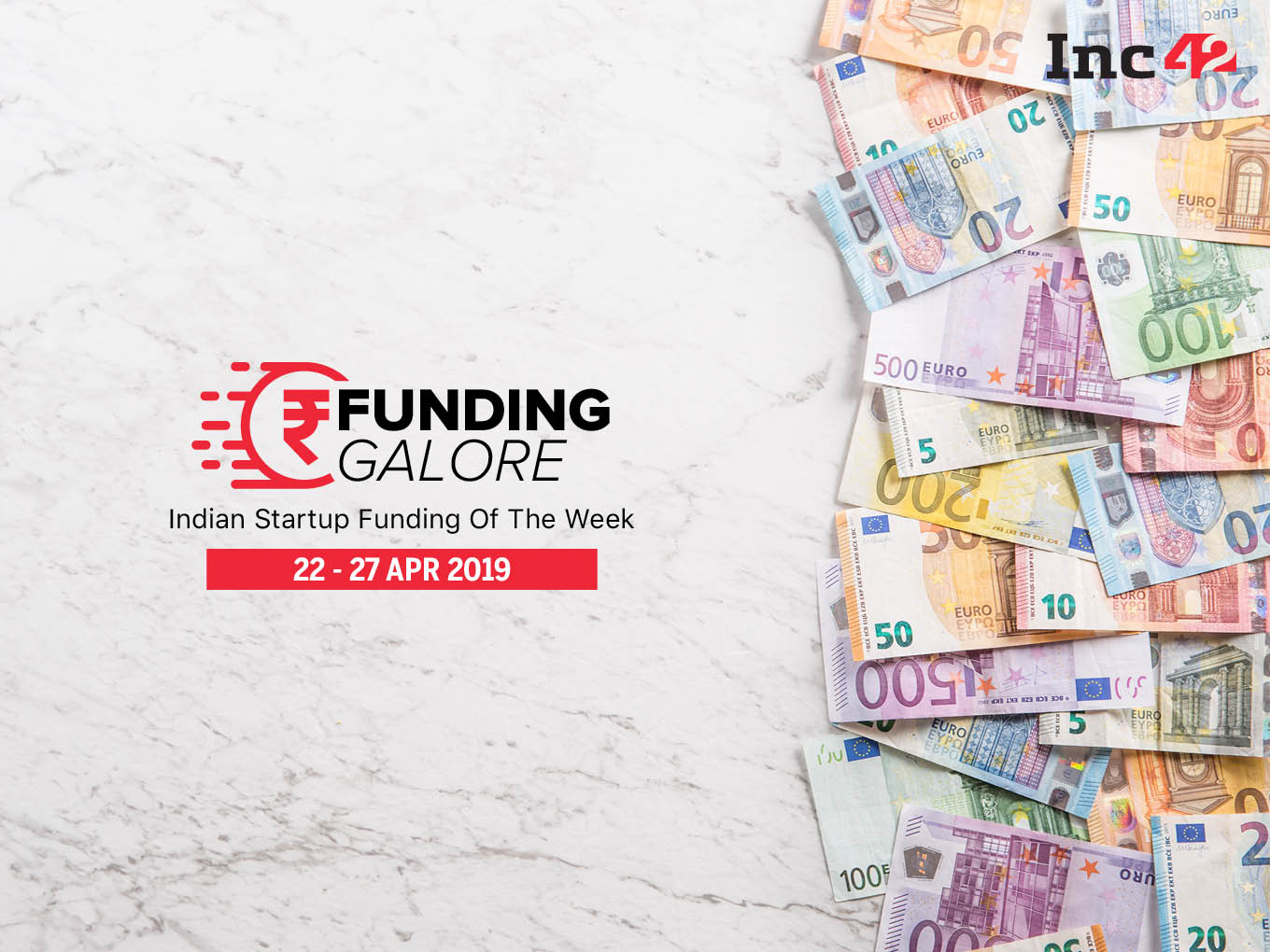 This week one of the biggest funding came to Bengaluru-based agritech startup Ninjacart, which raised $89.5Mn from US-based venture capital company Tiger Global. With this, the startup is now valued at over $320 Mn (INR 2,232 Cr). As a part of this investment, Tiger Global has now acquired 26.5% stake in the company.

One of the interesting developments this week came as Japanese conglomerate SoftBank was reportedly looking to invest around $2 Bn to $3 Bn in Mukesh Ambani led Reliance Jio through the $100 Bn Vision Fund. It is being speculated that SoftBank is currently undertaking due diligence for the investment.

Also, global ecommerce player eBay is expected to lead a $160-170 Mn strategic investment in Paytm Mall as it looks to explore an offline-to-online commerce and payments strategy in India. US-headquartered eBay will continue to run its own independent online portal in India and the deal is likely to be announced next month.

In all this week, 12 startups raised $208.9 Mn funding and two startup acquisitions took place in the Indian startup ecosystem. (This funding report is based on startups that disclosed funding amount.)

Mad Street Den: California-headquartered computer vision and artificial intelligence startup Mad Street Den raised $17 Mn in a Series B funding round for its retail automation product Vue.ai. The funding round has been led by Falcon Edge Capital, along with the participation of Mad Street Den’s existing investors Sequoia Capital India and Global Brain (a GP of KDDI Innovation Fund). The funds will be used for hiring, product development and scaling up.

EnKash: Mumbai-based fintech startup EnKash raised $3 Mn Series A funding from Mayfield India and Axilor Ventures. The investment is expected to boost the growth of the company, by strengthening existing technologies and the leadership team.

Mobile Premier League: Mumbai-based mobile esports platform Mobile Premier League (MPL) raised $35.5 Mn in a Series A funding round led by Sequoia India, Times Internet, and GoVentures. Other investors including RTP Global, BEENEXT, Base Ventures, and Venture Highway also participated in the round. The funds will help Mobile Premier League step up its growth plans, and will be used to improve the product and for user growth in India.

DoubtNut: Edtech startup DoubtNut raised $3.3 Mn in a Pre-Series A round of funding led by Sequoia’s startup accelerator and incubation programme Surge. Existing investors WaterBridge Ventures and Omidyar Network India also participated in the round. Japanese media and entertainment-focused AET Fund has joined the round as a new investor. The startup plans to use the funds to expand its product offerings in terms of subjects, languages and classes while also expanding its team.

mfine: Bengaluru-based digital healthcare startup mfine raised $17.2 Mn in a Series B funding round from SBI Investment, SBI Ven Capital and BEENEXT. Existing investors, Stellaris Venture Partners and Prime Venture Partners also participated in the round. The fresh funding will be used to build its AI technology and expand its services such as delivering medicines, conducting preventive health screenings and diagnostic tests.

ZestMoney: Bengaluru-based digital lending startup ZestMoney raised $20 Mn in a fresh funding round led by Washington DC-headquartered fintech investor Quona Capital. Australian fintech investor Reinventure and existing investors Ribbit Capital, Omidyar Network and PayU also participated in the round. The company plans to use the funds towards expanding its technology for the ZestMoney digital payment platform (online and in-store).

Bounce: Bengaluru-based two wheeler rental startup Bounce raised $3 Mn in debt funding from InnoVen Capital. The company said it will use this fund towards the expansion plans and will also increase its density and penetration in the city.

FreshoKartz: Rajasthan-based agritech startup FreshoKartz raised an undisclosed amount in its seed funding round from Chennai-based investor Sunil Kumar Singhvi along with a group of angel investors and high net worth individuals on convertible note terms. The startup plans to utilise the new funds to expand its operations, team and towards developing technology.

GUVI: Chennai based online skill acceleration and hiring startup GUVI has raised $143K (INR 1 Cr) from US-based impact investor Gray Matters Capital under its edLABS initiative. The funds will be used for expansion into Southeast Asia, forge partnerships with engineering colleges  and get more women students onboard.