Alibaba And Snapdeal – Will The Hidden Dragon Meet The Falling Unicorn?

Alibaba And Snapdeal – Will The Hidden Dragon Meet The Falling Unicorn? 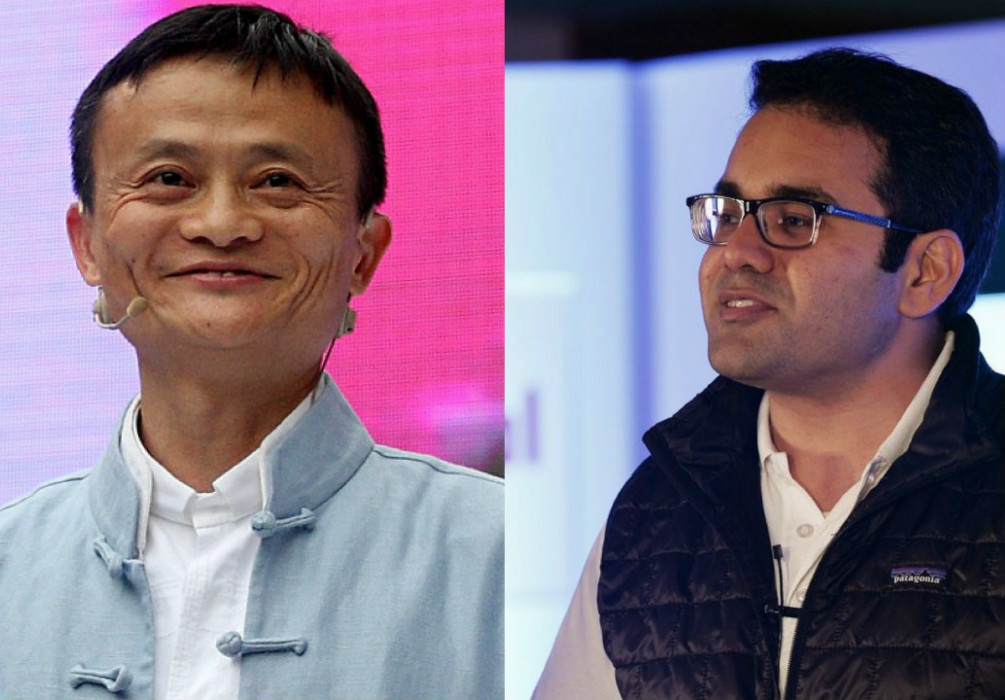 A recent report by Reuters citing unnamed sources claims that Chinese ecommerce giant, Alibaba is neither in talks, nor has the intention to buy ecommerce biggie, Snapdeal.

The report stated, “China’s Alibaba Group Holding is not buying Indian ecommerce company Snapdeal and is not in talks to do so, a person familiar with the matter said on Thursday, dampening talk that an acquisition was in the works.”

Rumour? Truth? Only Time Will Tell

It all started on Twitter, when anonymous handle Unicon Baba, tweeted about Alibaba buying Snapdeal for a reported $2 Bn.

Alibaba buying out Snapdeal in $2 Bn.

This led  to the rumour mill churning. Responding to these reports, Snapdeal co-founder Kunal Bahl took to social media and expressed his opinion about the buzz going on in town.

Rumour rumour on the wall, which troll did you call

You said sold, they said bought, but whoever listened to you didn’t get diddly squat.

If sources are to be believed Alibaba has agreed to take up Snapdeal for about $2.2 Bn.

The buzz doing the rounds also suggests that the investors are looking for a new CEO for Snapdeal and if the acquisition comes through then, Snapdeal might witness the exit of Kunal Bahl and a change in its leadership too.

Alibaba has been eyeing the burgeoning Indian market for quite some time. In May 2015, through its marketplace AliExpress, Alibaba entered the Indian ecommerce market. AliExpress entered into a strategic tie-up with Indian mobile wallet company Paytm. In August 2015, Alibaba invested $500 Mn in Snapdeal.

In June 2016, it was reported that the family offices of Alibaba Group chairman Jack Ma and executive vice chairman Joseph Tsai, are reportedly exploring investments in India.

Since then Alibaba has reportedly been in talks with Flipkart, ShopClues and now Snapdeal, as it looks to merge the marketplace of Paytm, with another ecommerce entity, to firm up against global rival Amazon. Currently, it owns 40% stake in Paytm and 3% stake in Snapdeal, among others.

While cementing its position as a strong ecommerce player against another homegrown ecommerce biggie Flipkart, Snapdeal has acquired about 13 startups. In April 2015, it acquired Freecharge for an undisclosed amount. Exclusively, GoJavas, Rupee Power, etc. are among the other acquisitions.

During the course of its journey the homegrown ecommerce giant has raised about $1.76 Bn in 12 rounds of funding. The most recent chunk of investment came in August 2016 from Luxembourg-based firm Clouse SA, that ploughed in another $21 Mn. This was a part of the same round where Snapdeal raised $200 Mn funding in February this year. The new round in February valued the company somewhere between $6.5-$7 Bn.

Snapdeal was valued at $5 Bn during its funding round in August 2015, in which it had raised $500 Mn from Alibaba Group, Foxconn Technology Group and Softbank. However Snapdeal’s biggest round of funding came in October 2014, when SoftBank invested $627 Mn in Snapdeal.

What Are The Possibilities?

According to a Snapdeal executive, prior to the festive season rebranding, where it invested $30 Mn to rebrand and change its logo, internal communication was, to concentrate on increasing the GMV on the platform. A sharp rise in GMV can help boost the valuation of a company, but not for long. In Snapdeal’s case it could have been directed to hold till the time the deal is signed.

According to a Morgan Stanley report the Indian ecommerce market is estimated to be $119 Bn by 2020. According to an official statement, Alibaba’s Singles’ Day Sale grossed $17.8 Bn in sales. On the contrary the festive season sales in India which ran in the last week of October, right before Diwali saw $2.2 Bn in sales, comprising Flipkart, Snapdeal, Amazon India, Shopclues and other ecommerce platforms.

As per documents filed with ROC, Snapdeal co-founders Kunal Bahl and Rohit Bansal together own less than 6.5% share in the company. In November 2016, Softbank Group Corp, which has the highest holding in Snapdeal (about 32%) had marked down close to $555 Mn in two of its Indian investments, cab hailing firm Ola and ecommerce marketplace Snapdeal, as per its six monthly earnings report, ending September 2016.

However, given the veracity of such reports in the past that did not see the light of the day, the rumour might just be that, a rumour. Alibaba could be investing the said amount in Snapdeal but only as a part of its follow on funding. Or it could be buying out the company. Or nothing at all. Only time will tell, if the hidden Dragon will unite with the falling Unicorn to compete against behemoth Amazon.