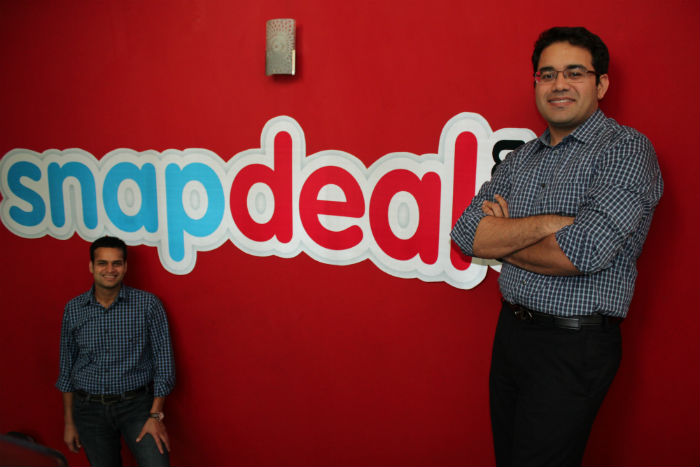 Looks like it’s raining money again in the Indian ecommerce space! Or at least for the older players.

Alibaba, after a few investments in Indian companies, has now invested $500 Mn in the ecommerce biggie, Snapdeal. According to a new story published by re/code, Foxconn, the Taiwanese company alongside Snapdeal’s existing investor, SoftBank, also participated in this round.

Talks between Alibaba & Snapdeal for investment had been going on over the past few months. It was earlier reported that in this round Alibaba & Foxconn will be buying 10% stake in Snapdeal and will value the company at about $5 Bn.

This news comes in just four days after reports of Flipkart’s new $700 Mn round had surfaced.

It should be noted that in February this year, Alibaba’s affiliate Ant Financial had picked up a 25 per cent in Paytm, which competes with Snapdeal in the ecommerce space. On the other hand, this deal will make sense for Foxconn because this will help the contract electronics maker to establish a foothold in the country. Interestingly, Foxconn has also tied up with Snapdeal founders to look for Indian startups. Previously, over a dozen Indian startups met Wen-Hsin (Vincent) Tong, chairman and director of investments at FIH Mobile Limited, an investment arm of Foxconn, at Snapdeal’s office in New Delhi.

The Race For Funds

The news of Amazon setting up a war-chest of $5 Bn to expand its network of warehouses, data centres and beef up its online marketplace in India has created pressure on the ecommerce companies operating in the country; forcing them to come up with new strategies and work towards increasing their market share aggressively.

If we look at last year’s stats, apart from Amazon announcing $2 Bn investment for its Indian operations, its Indian counterparts also managed to grab equally large sums in funding.

After funding, M&A’s are the next big target for every deep pocketed ecommerce firm. And why not? Acquisitions, after all, bring to the table not only brand new products and technology but also the talent. According to industry experts, this type of talent brings energy and spark to the teams.

Snapdeal acquired Freecharge to become the largest mcommerce company in the country. Earlier it acquired a majority stake in the loans and the credit provider startup RupeePower to make a foray into financial services. It also acquired a 20% stake in the logistics firm, Gojavas, for about INR 120 Cr. Other startups under its kitty includes Grabbon.com, esportsbuy.com, Shopo.in, Doozton.com, Smartprix and Exclusively.in.

On the other side, Flipkart acquired the ad network, AdIQuity, and Appiterate, a mobile engagement and marketing automation company

Earlier in June, it was reported that Amazon India recorded its highest traffic of 23.6 Mn unique visitors, surpassing Flipkart & Snapdeal, which reported 23.5 Mn visitors and 17.9 Mn visitors in the month of May respectively.

According to the June stats, Snapdeal, Flipkart and Amazon were clocking GMV run rates of $3.5Bn, $4.5 Bn and $2 Bn respectively. Where as Paytm clocked in at $1.5 Bn GMV run rate in the same month.

With more and more money at stake and with no clear winner in sight, lets see what’s the ecommerce segment has in store!