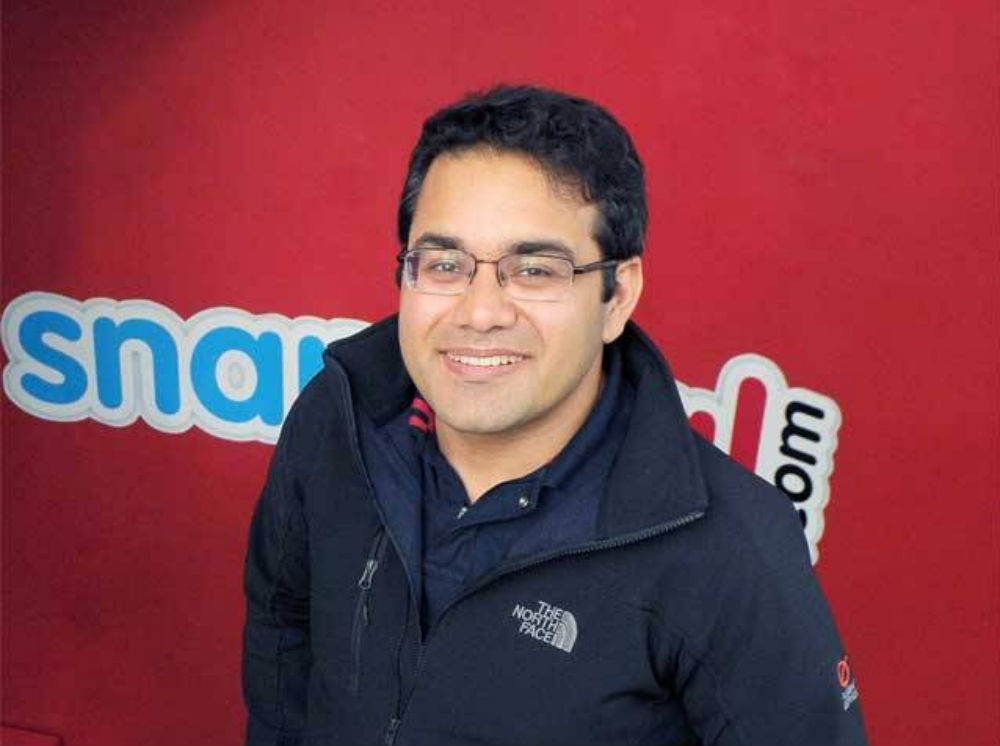 The round also saw participation from Bennett Coleman & Co.

The new round values the company somewhere between $6.5-$7 Bn. Snapdeal was valued at $5 Bn during its last round in August 2015, in which it had raised $500 Mn from Alibaba Group, Foxconn Technology Group and Softbank.

Its closest competitor Flipkart is currently valued at about $15 Bn.

Before this round, the company had also raised a round led by Alibaba in November. According to the documents filed with the Registrar of Companies, Alibaba had invested $146 Mn (INR 995 Cr.) against which Snapdeal had issued 79,113 Series I compulsorily convertible cumulative participating preference shares to Alibaba.

The reports of Canada-based Ontario Teachers’ Pension Plan looking to invest in Snapdeal had sufficed in media in September last year.

“We see these investments as a continuing endorsement of Snapdeal’s strategy to build India’s most reliable and frictionless commerce ecosystem. We continue to make targeted investments in building internal and external capabilities that will enable us to consistently deliver optimal experience for the millions of buyers and sellers who transact daily on Snapdeal” said Anup Vikal, chief financial officer, Snapdeal.

Snapdeal has more than 275,000 sellers, 30 Mn products on its platform and a reach covering 6000+ towns and cities across India. The funds raised in this round will be used to build its technology platform, logistics, payments and back-end infrastructure, according to a company spokesperson.

Recently, ecommerce giant Amazon has infused over $300 Mn (INR 1,980 Cr.) in Amazon Seller Services to boost its operations in India. The latest infusion comes right after Amazon infused $250 Mn (INR 1,696 Cr) through a rights issue into the Indian unit in late December last year. The funds are being used to extensively improve warehousing, logistics and marketing services.

Adding on, there were reports that Flipkart is currently in talks with Snapdeal’s investor Alibaba for a potential investment. Although the talks are at a nascent stage, but will completely change the current competitive scenario of the ecommerce in India. Alibaba is also an investor in Paytm.

Flipkart and Snapdeal reported loss of about INR 2,000 Cr and INR 1328 Cr, respectively, in the fiscal year ending March 2015.

The ecommerce biggies have increased their focus in the hyperlocal services and delivery segment in the recent times.

Amazon started offering hyperlocal grocery delivery service called Amazon Now in 74 pin codes in Bangalore in February, 2015. Prior to this, it had launched Kirana Now which leverages neighbourhood or kirana stores with the aim of quickly delivering everyday-need consumer products.

Flipkart had launched its grocery delivery app Flipkart Nearby in October last year, and also f Qck to enable delivery of orders within hours. Whereas Snapdeal invested in online grocer ‘PepperTap’ to explore the space further.

Flipkart is currently equipped with 17 fulfilment centres (FC) and has a total warehouse space of up to 1.6 Mn sq ft. Last year, Flipkart had set up its largest fulfilment centre at Gundla Pochampally, on the outskirts of Hyderabad. The company further plans to add 50-100 warehouses over the next four to five years. On the other side, Amazon currently has over 21 FCs across 10 states with a total of over 2 Mn-sq-ft of space. It added 13 new FCs in 2015 alone.

Whereas Snapdeal had over 50 fulfilment centres across 20 cities as of March 2015. The company was targeting 75 such centres across 30 cities to launch its FCs.

India’s booming ecommerce segments has attracted interest if both local and international investors in past two years. In 2015 alone, more than $3.6 Bn was invested in the Indian ecommerce companies that are fighting to add more and more funds into their kitty to grab the larger pie of the Indian online consumers. Apart from online marketplaces, players in the niche segments, such as UrbanLadder in furnishing space, Bluestone in Jewellery etc. have also attracted funding.