Ratan Tata Invests In Snapdeal, A look Into Snapdeal’s Achievements So Far

Ratan Tata Invests In Snapdeal, A look Into Snapdeal’s Achievements So Far 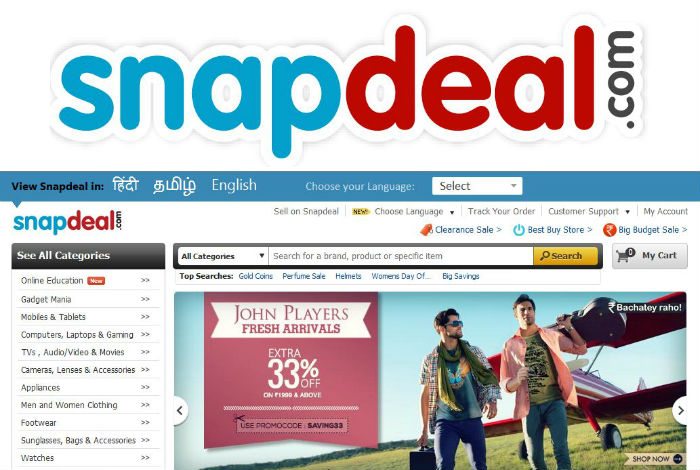 The rumors that were surfacing in media from a past few days about Ratan Tata chairman emeritus of Tata Sons, the holding company of the $103 billion-in-revenues looking to invest in Snapdeal has finally come to an end.

Snapdeal today has confirmed that Ratan Tata has made a personal investment into it . “An investment by a legendary and respected figure like Mr. Tata is an excellent validation of our focused strategy on building a long term enterprise and marks the start of a very important phase for the company,” said Kunal Bahl.

A big milestone for our team’s entrepreneurial journey @snapdeal pic.twitter.com/JbfgsdJ3mD

Snapdeal now has more than 25 Mn users with about 50k sellers on its website and 40 fulfillment centres across 15 cities.

The online retailer is growing at 600% rates year-on-year and has recently reached $1 billion in sales (gross merchandise value).

Snapdeal had raised about $435.7 Mn in funding and about $233 Mn this year alone from investors including Premji Invest, Temasek and eBay Inc.

Recent reports suggests that Snapdeal is now going to focus aggressively on the fashion category and is expected to reach sales of over INR 6,000 Cr. from fashion in the next financial year and sales of INR 1,500 Cr. this fiscal from fashion alone. Further, it also has plans to launch specialised crafts store and is expected to launch warehouses, or fulfilment centres, in 15 more cities, metros and major manufacturing hubs over the next one year to get onboard 100,000 sellers.

The Indian ecommerce market appears to be lucrative for market for investment, a lot funding has taken place in Indian ecommerce segment this year. Recently Flipkart raised $1 Bn in funding and Amazon invested $2 Bn into its Indian operations. The increasing competition, existence of number of players and investors pouring huge funds in ecommerce firms simply suggests how ecommerce is going to boom in the coming time in the country.