[Funding Galore] From ShareChat To Innovaccer — Over $1.3 Bn Raised By Indian Startups This Week

[Funding Galore] From ShareChat To Innovaccer — Over $1.3 Bn Raised By Indian Startups This Week 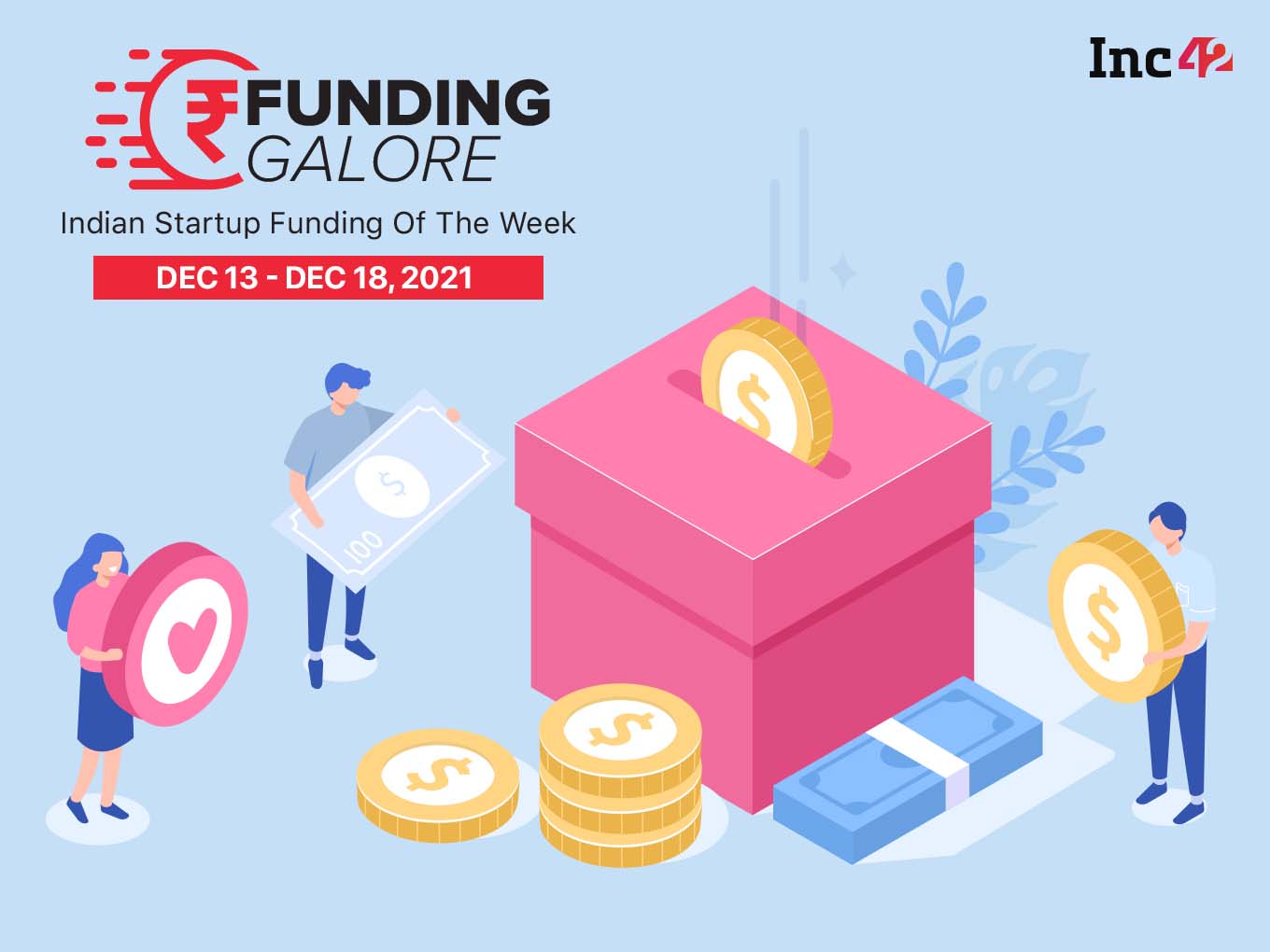 Between December 13 and 18, the Indian startup ecosystem has raised a total of $1.3 Bn across 48 deals

The Indian startup ecosystem has regained its momentum as it raised $1.3 Bn in funding across 48 deals in the third week of December, between December 13 and 18. This is 39% higher than last week when the ecosystem racked up $908 Mn in funding across 53 deals between December 6 and 11. This week’s investment is also 151% higher than the week prior when the Indian startup ecosystem raised $535 Mn investment across 49 deals.

The biggest investment in this week was picked up by Mohalla Tech, the parent company of social media unicorn ShareChat and Moj. The startup raised $266 Mn in Series G round led by Alkeon Capital. The second-largest funding round was raised by healthtech startup Innovaccer which mopped up $150 Mn in Series E round led by Mubadala Capital, in participation with B Capital and Microsoft, almost doubling its valuation to $3.2 Bn

The week further saw Bhavish Agarwal-led Ola securing $500 Mn in a term loan B (TLB), making it the third Indian unicorn after OYO, and BYJU’s to raise the same.

BYJU’s To Take SPAC Route For Its $4 Bn IPO

The edtech decacorn BYJU’s is in advanced discussions to go public through a merger with a special-purpose acquisition company (SPAC) of Churchill Capital, a global strategic advisory firm.

A Bloomberg report said that the startup has held talks with several potential SPAC partners and is currently working on an agreement with Michael Klein’s Churchill Capital.