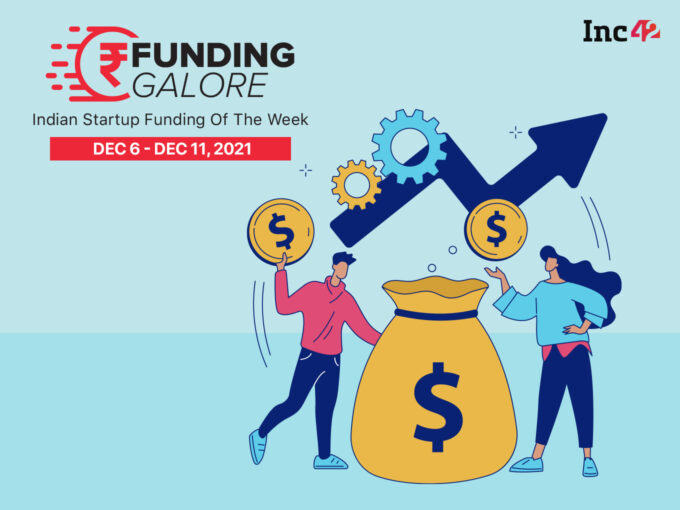 After a cold start in the first week of December, the Indian startup ecosystem gained its momentum as it racked up $908 Mn in funding across 53 deals between December 6 and 11. This is 70% higher than $535 Mn investment that the ecosystem picked up between November 29 and December 4 across 49 deals.  This week’s investment is however 49% lower than the week prior where the ecosystem mopped up around $1.8 Bn in investment across 38 deals.

The biggest investment in this week was picked up Gurugram-based B2B logistics startup Shiprocket. The startup raised a total of $185 Mn in its Series E round co-led by Zomato, Temasek and Lightrock India.

The week further saw the rise of a new unicorn in the form of healthtech startup Pristyn Care. Inc42 exclusively reported on December 7 that the Gurugram-based startup has mopped up $84 Mn from Sequoia Capital and Tiger Global at more than $1.2 Bn valuation, thus taking the unicorn count of this year to 40.

Snapdeal Converts Into A Public Entity; Fresh Issue Size To Be Worth INR 1,250 Cr

Inc42 exclusively reported on December 8 that the New Delhi-based ecommerce giant Snapdeal has converted into a public company. The startup has also proposed to issue fresh equity shares worth up to INR 1,250 Cr (~ $166 Mn) for its IPO offer. The offer will also include an additional offer-for-sale portion where some of the startup’s shareholders will sell their shares.

The Confederation of All India Traders (CAIT) has written to market regulator SEBI to reject the draft red herring prospectus (DRHP) of API Holdings, the parent company of healthtech unicorn PharmEasy.

In the letter, the traders’ body cited pending legal cases against PharmEasy, and termed its business model as illegal.