Founded in 2019 by Suman Gandham and Sudheer Maram, Finin is backed by Unicorn India Ventures and Archana Priyadarshini

In June last year, it had raised an undisclosed amount in Pre-Series A funding round 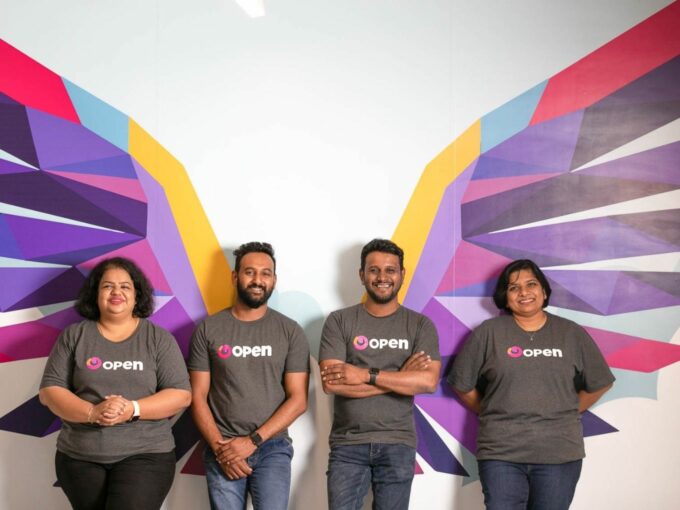 In a statement, Open said that the acquisition will strengthen Open’s cloud-native enterprise offering BankingStack. The startup has deployed SME digital banking solutions for 17 banks.

The acquisition will also empower SMEs using the Open SME neo-banking platform to offer salary accounts for employees along with the integrated payroll module, it said.

He added that with the acquisition, Open will be able to offer holistic business and consumer banking propositions to banks that are looking to enhance the digital banking experiences for their customers.

Speaking to Inc42, Mabel Chacko, cofounder of Open said that post the acquisition, part of Finin’s team will be joining Open. She also said that the company plans to expand its operations in the Southeast Asian market going ahead.

Founded in 2019 by Suman Gandham and Sudheer Maram, Finin is backed by Unicorn India Ventures and Archana Priyadarshini, and offers a savings account that allows consumers to save and invest their money.

In June last year, it raised an undisclosed amount in Pre-Series A funding round led by early-stage venture capital firm Unicorn India to ramp up its marketing, customer acquisitions and hiring process. PointOne Capital and Astir Ventures have also participated in the round.

Open has so far raised $140.8 Mn with the latest Series C funding round of $100 Mn in September this year. The funding was led by Temasek Holdings and other investors included Google and SBI Investment, one of Japan’s leading venture capital firms.

It claims to support nearly 2 Mn SMEs and processes over $24 Bn in annualised transactions.

Open competes with the likes of NuBank-backed Jupiter, FamPay, Flobiz, Niyo, Fi among others. As per media reports, Jupiter which closed its Series B round worth $44 Mn in August this year, is also in talks to raise another round worth $100 Mn.

Last month, Fi (earlier known as epifi) raised $50 Mn in its Series B funding round. Led by B Capital Group, Falcon Edge and others, the round was concluded in addition to an earlier interim investment from Sequoia Capital and Ribbit Capital.

In October, another neobank Zolve raised $40 Mn from DST Global, Tiger Global, and Alkeon Capital in its Series A round. As per KBV Research, the neobanking market is expected to reach a value of $333.4 Bn by 2026, rising at a market growth of 47.1% CAGR from 2020.