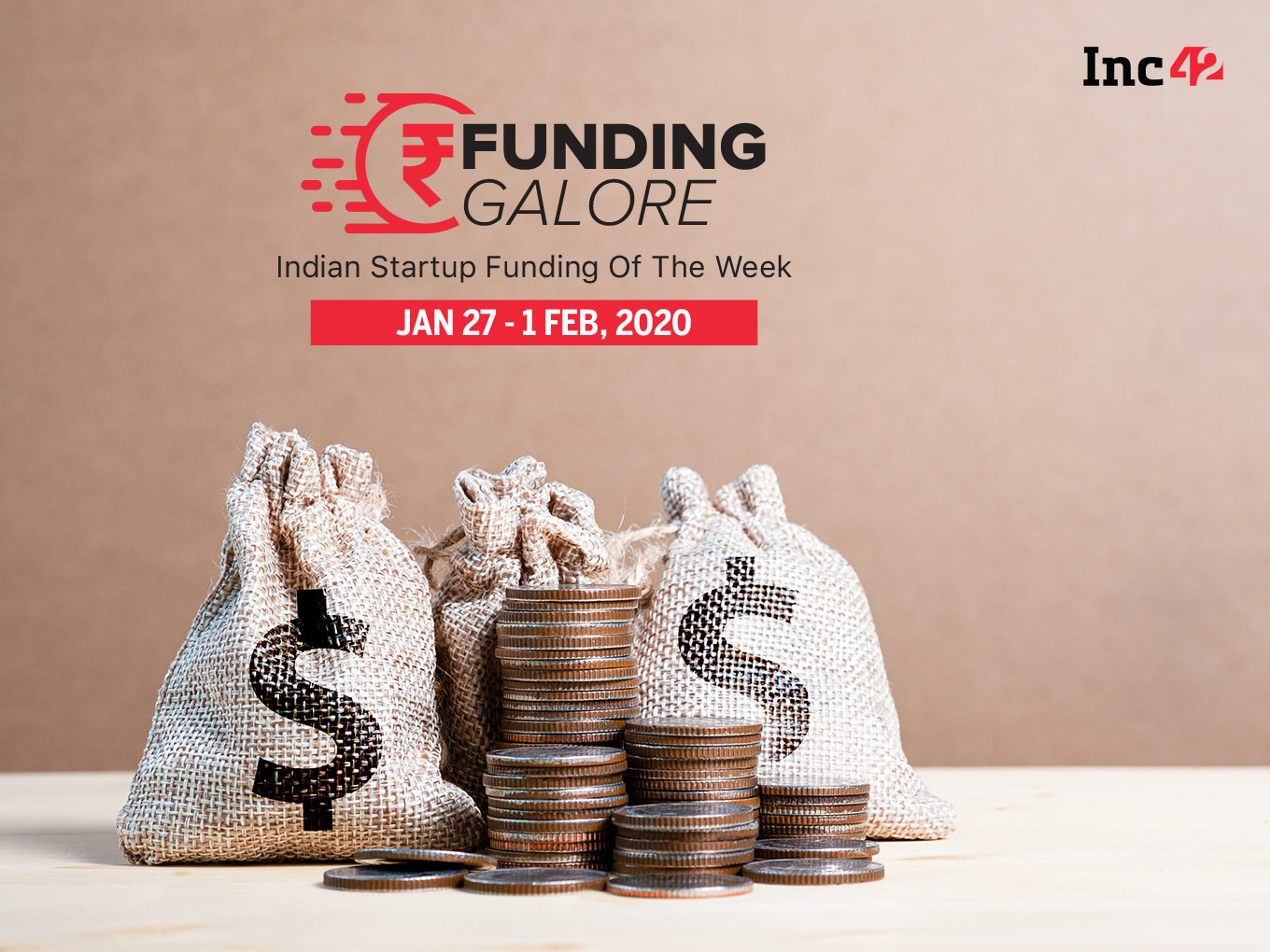 In one of the biggest funding rounds, Bengaluru-based fintech startup MoneyTap raised $70 Mn (INR 500 Cr) in a fresh round of debt and equity funding.

The company said that the fresh funding was led by Aquiline Technology Growth, RTP Global and Sequoia India, along with a clutch of undisclosed South Korean and Japanese investors. Existing investors Prime Venture Partners and MegaDelta also participated in the round.

Overall, 16 startups raised around $158.7 Mn funding in the Indian startup ecosystem this week. (This funding report is based on startups that disclosed funding amount.)

Bengaluru-based edtech startup InterviewBit raised $20 Mn in Series A funding round. The investment has been led by Sequoia India and Tiger Global with participation from Global Founders Capital among others. The funds will be used to scale up enrollment i.e add more users and launch in new markets, while also investing in curriculum development and the live teaching product to enhance the end-to-end learning experience for students and teachers.

Edtech startup Doubtnut has raised $15 Mn in a fresh round of funding led by Tencent with participation from existing investors Omidyar Network India, Japan-based Akatsuki Entertainment Fund and Curefit founder Ankit Nagori along with Sequoia Capital India. Doubtnut said it will be using the funds to widen its pan-India distribution to reach more users through its multilingual approach, build a bigger content library to retain users as their lessons progress and invest in strengthening its technology stack and scaling its team.

Bengaluru-based two-wheeler rental platform Vogo has raised yet another tranche of its bridge Series C funding round. According to the Ministry of Corporate Affairs filings accessed by Inc42, the company in December 2019 and January 2020 received $2 Mn (INR 14.36 Cr) in Series C bridge funding from existing investors Kalaari Capital and Matrix Partners.

Gurugram-headquartered healthtech startup 1MG has raised $9.9 Mn from Bill & Melinda Gates Foundation, according to the Ministry of Corporate Affairs filings accessed by Inc42. 1MG was launched in April 2015, after Healthkart — founded by Prashant Tandon, Gaurav Agarwal, and Vikas Chauhan — separated its generic drug search business, HealthkartPlus, and rebranded it to 1MG. The company has three business verticals — Pharmaceuticals, Labs, and Doctors.

Hyderabad-based out-of-home (OOH) advertising startup AdOnMo raised $3 Mn in a funding round led by Ant Financials’ BAce Capital. Astarc Ventures and Mumbai Angels Network also participated in the funding round. AdOnMo plans to utilise the funds for product development and expand the team. The company is also looking to deepen its presence in India with the help of these funds.

Gurugram-based agritech startup Kisan Network raised $3 Mn in a seed funding round. The investment has been led by Atsushi Taira at Mistletoe, with participation from Y Combinator, the Thiel Foundation, Venture Highway, FundersClub, Lynett Capital, Gokul Rajaram and other angels. The funds will be used towards expansion into new regions and to add support for more crops across the country. A portion of the funds will also be used towards introducing new farmer-centric products and services.

Bengaluru-based manufacturing services platform Zetwerk has raised $2.2 Mn (INR 16 Cr) in a fresh funding round from InnoVen Capital. With the recently raised funds, the company is focussing on deepening tech and manufacturing capabilities, and widening supplier base.

Mumbai-based tech enterprise startup Unotech Software has raised $2Mn Series A funding from Manish Choksi, promoter of Asian Paints. Unotech said it would evolve into an open source IT platform and services organisation with specialisation in identity management, business process automation and digital transformation. The fresh capital will also be used to reconstruct the company’s market presence.

Gurgaon-based luxury bus service provider YOLO has raised $600K as seed funding by an undisclosed VC firm and a couple of undisclosed angel investors. The funds raised round will be invested across territory expansion plans, technology and marketing strategies.

Bengaluru based cognitive development edtech startup WizKlub has raised a seed round of INR 7 Cr ($1 Mn) led by Japan-based VC Incubate Fund India. The round also saw participation from Insitor Impact Asia Fund. The startup plans to use the fresh capital for product and market expansion.

Hyderabad-based electric vehicle startup RACEnergy has raised an undisclosed funding seed round from growX ventures, Prophetic Ventures and other angels from the energy industry, as part of Huddle’s EV Accelerator Program. The startup was founded in 2018 by Arun Sreyas and Gautham Maheswaran.

Bengaluru-based Aagey has raised an undisclosed amount of funding from JITO Angel Network, Ketan Kothari of Arvog, Girish Jain from KJMC Financial Services Ltd, Sunil Singhvi from South Handlooms, Vinay Jain from MLM India, among others. The latest round of investment will help the company to expand its operations and develop the technology.