MoneyTap Eyes Expansion With Funding From Sequoia, RTP Global, Others

MoneyTap Eyes Expansion With Funding From Sequoia, RTP Global, Others

MoneyTap has raised a mix of debt and equity funding

Debt has been secured from Vivriti Capital, Credit Saison and others

The funds will be used innovate with data-backed lending models 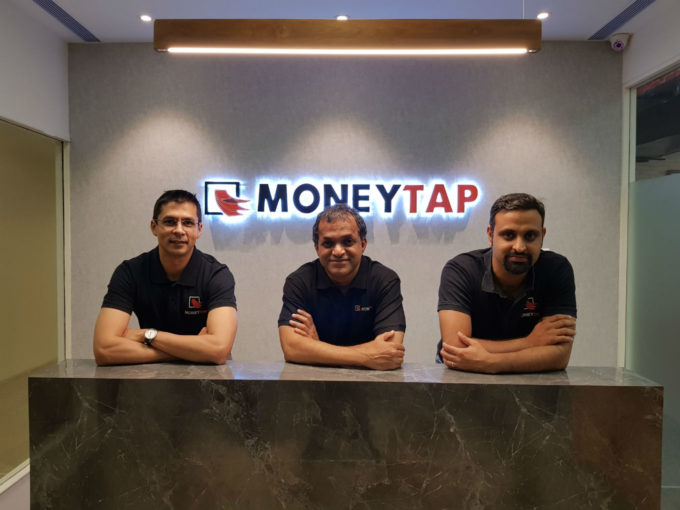 Bengaluru-based fintech startup MoneyTap on Tuesday (January 28) announced that it has raised INR 500 Cr ($70 Mn) in a fresh round of debt and equity funding.

The company said that the fresh funding was led by Aquiline Technology Growth, RTP Global and Sequoia India, along with a clutch of undisclosed South Korean and Japanese investors. Existing investors Prime Venture Partners and MegaDelta also participated in the round.

The debt was secured from Vivriti Capital, Credit Saison and others in the form of co-lending and credit lines. MoneyTap said the funding will be used to scale up operations to over 200 cities, innovate with data-backed lending models and for hiring. MoneyTap also secured an NBFC licence from the RBI in September 2019. The debt raised will be reportedly used to kickstart those operations.

Max Chee, head of Aquiline Technology Growth said, “The ever-increasing digitization of India’s economy and financial services industry has created compelling opportunities, particularly for India’s emerging fintech companies. MoneyTap’s unique line of credit products addresses the significant need for consumer credit that is seamlessly distributed to end-users. We believe they are the leaders in the industry in terms of volume growth and managing risk at scale.”

Founded in 2016 by Anuj Kacker, Bala Parthasarathy, and Kunal Varma, MoneyTap is a consumer lending platform. It uses a credit line model for flexible borrowing up to INR 5 Lakh at interest rates starting 13% per year,

Kirill Kozhevnikov, partner at RTP Global said, “MoneyTap is building capabilities to tap into the present and future needs of the customers faster than other fintech startups. The cofounders have a clear vision to transform the consumer lending industry and serve the needs of this huge credit market.”

The Indian consumer lending market is estimated to reach $4 Bn-$5 Bn by 2023. Overall, a BCG report has predicted the digital lending industry to touch $1 Tn in the next five years. Some of the prominent players in the Indian market include LenDenClub, IndiaMoneyMart, Monexo, LoanBaba, CapZest, and i2iFunding.

In its 2017 directives pertaining to the registration and operation of NBFC-P2Ps, the RBI had mandated a $307K (INR 2 Cr) capital requirement for all P2P lending companies, in a bid to ensure that lending platforms have enough “economic skin” in the game, among other directives. As a result, lending tech has become one of the fastest-growing sectors from the point of view of investments.

A 2017 EY report — The Battle For The Indian Consumer of 2017 said that India’s adoption index for lending is 20% as compared to global 10%. The report further noted that an increasing number of fintech firms are tying up with merchants and service providers to provide affordable financing options at the point of sale.

Niche products are being developed in conjunction with these merchants, utilizing customers’ transactions histories and other available data points to evaluate their creditworthiness.

According to DataLabs by Inc42’s Annual Indian Tech Startup Funding report 2019, with $2.6 Bn in total funding, fintech startups recorded 125 deals in the year. The report noted that the share of lending tech startups in the total fintech deal count was 46% or 58 deals, and for unique startups funded it was 45% or 48 deals.

The high investor confidence towards lending tech startup can be attributed to the large financial gaps when it comes to the MSME sector and formal banking and financial institutions, opening up opportunities for startups and lending tech companies to enter the market which has the potential to become a $1 Tn opportunity by 2023.