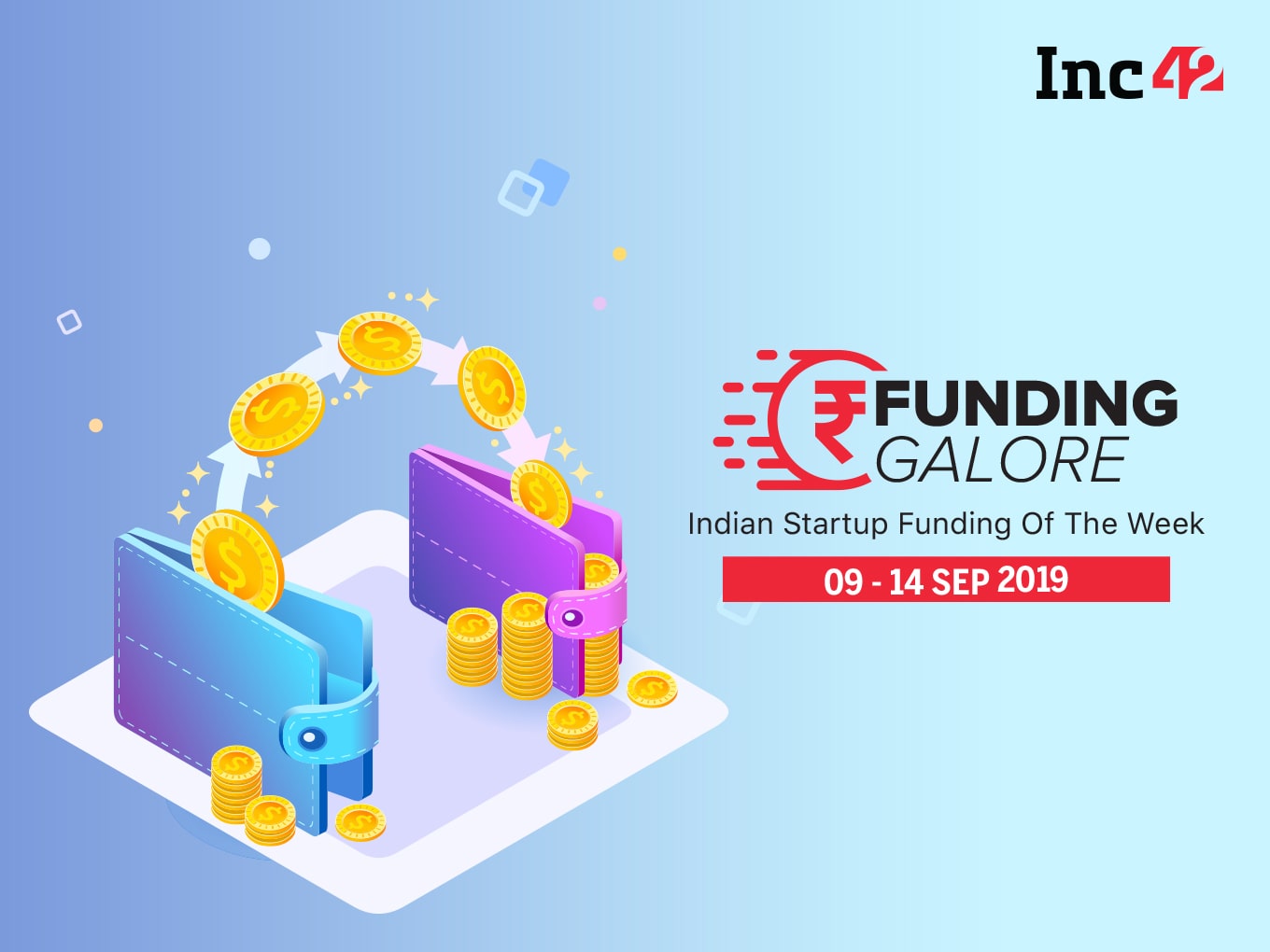 One of the biggest funding this week was raised by Walmart-owned Flipkart. The company raised INR 1616.12 Cr ($224.9 Mn) from its Singapore-based entity, Flipkart Private Limited. The development comes at a time when ecommerce marketplaces are gearing up for festive season sales.

In another important development, Gurugram-based ecommerce logistics startup Delhivery raised $115 Mn in fresh funding from the Canada Pension Plan Investment Board (CPPIB). Following this investment, CPPIB will have one seat on Delhivery’s Board. The investment was speculated to be a secondary market investment picking up 8% stake.

In all this week, 16 startups raised $256.26 Mn funding and one startup acquisition took place in the Indian startup ecosystem.

OkCredit: Bengaluru-based digital application provider for micro-merchants OkCredit raised $67 Mn in a Series B funding round from existing investors. This includes Lightspeed Venture Partners India and the US and New York-based investment fund Tiger Global. The company claims it has been growing 100% month-on-month for the last six months with more than 1.7 Mn active merchants now on board.

B: Live: Goa-based electric vehicle tourism startup B:Live has raised INR 4 Cr ($563.18K) in a fresh funding round from DNA Entertainment Networks, which the latter called a strategic investment. The funds are expected to be used to expand B:Live’s presence in the country and strengthen its technology platform

Qdesq: Gurugram-headquartered flexible workspace provider Qdesq raised an undisclosed amount of funding from JLL Spark. The fresh funds will help the company invest heavily in the analytics capabilities of its technology platform. It will also allow commercial asset owners to create viable coworking and flex spaces within commercial complexes. NA Shah Associates and Fortitude Law were advisors to the transaction.

Truebil: Mumbai-based car marketplace Truebil raised $1 Mn in a fresh funding round from Japan-based Spiral Ventures. It plans to use these additional funds to strengthen the technology stack.

Marsplay: Delhi-based fashion ecommerce platform Marsplay raised an undisclosed amount of Pre-Series A funding. The investment was led by Venture Highway with participation from Alvin Tse from Xiaomi; Jonathan Lau, partner, Cadorna Ventures. Existing angel investors such as the personal offices of Shailesh Rao, a partner with TPG Growth, and Nikhil Mohta, director, ICICI Ventures also followed on in this round.

Glance: Bengaluru-based unicorn InMobi’s content platform Glance raised $45 Mn in a fresh funding round from Mithril Capital. With this funding, Ajay Royan from Mithril Capital has joined the board of Glance. The funds will help Glance to launch multiple new platforms, including Glance TV; Glance Gaming; Glance Shopping; and Glance Nearby. The company will also use the funds to expand into Southeast Asia in the coming months.

Kawa Space: Mumbai-based spacetech startup Kawa Space raised an undisclosed amount from Paytm founder Vijay Shekhar Sharma as part of its Pre-Series A funding round. The spacetech startup has launched one satellite in orbit, and the launch of 18 others are underway. It has brought on board 30 strategic suppliers, which contribute in manufacturing, payloads and rocket construction.

Whitehat Jr: Mumbai-based edtech startup WhiteHat Jr raised $10 Mn (roughly INR 72 Cr) in a Series A round. The funding round was led by existing investors Nexus Venture Partners and Omidyar Network, along with Owl Ventures. The company will use the funding to further strengthen its technology platform, add more courses to the curriculum, and boost its marketing and branding efforts.

Nocca Robotics: Pune-based cleantech startup Nocca Robotics raised INR 12.4 Cr ($1.7 Mn) in a seed funding round led by Indian Angel Network Fund. The angel investors of IAN also invested in the round. Nocca Robotics will use the funds to set up a robust manufacturing facility. The company will also use the funding to bolster its research and development and strengthen the production team.

SoStronk: Bengaluru based E-Sports gaming platform SoStronk raised an undisclosed amount of funding from IP Ventures.  The startup will utilise the funds for R&D and growing the team, with a focus on marketing, development and QA.

Acculi Labs: Bengaluru-based early-stage diagnostic company Acculi Labs secured undisclosed pre-seed funding from a group of angels and Bengaluru-based consultancy and services firm, Startup Basket. The startup will use the funds to complete all the necessary steps needed to secure the IP and certification before mass commercialisation of its product, Lyfas.