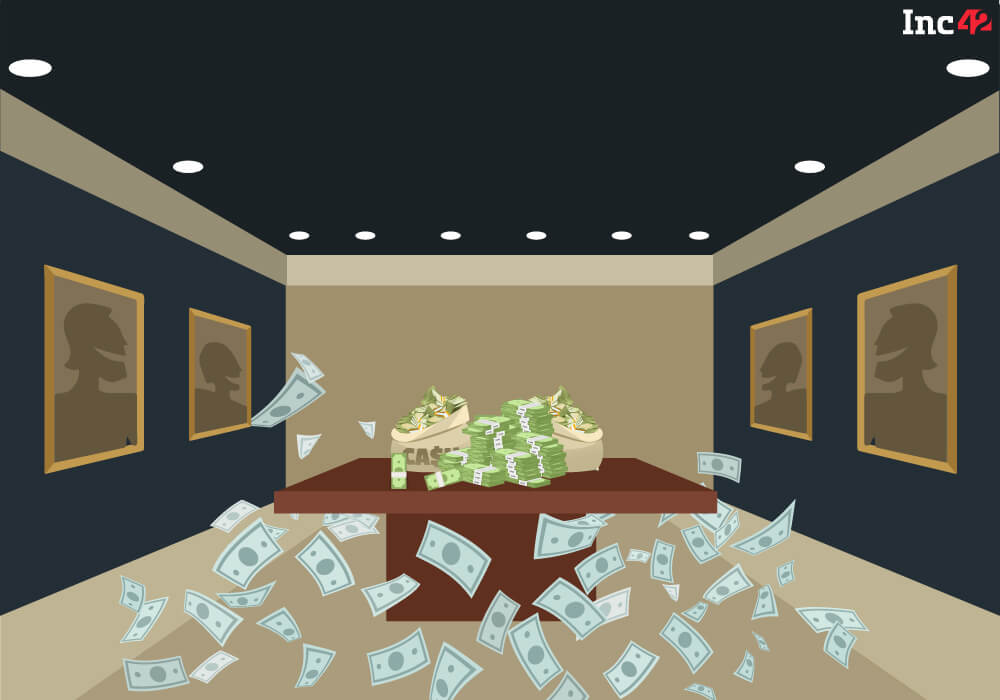 This week 15 Indian startups raised about $119 Mn in funding altogether and two startup acquisitions took place in the Indian startup ecosystem. (The startup funding calculations are based on the startups that disclosed funding amount.).

One of the biggest Indian startup funding round of the week was B2B online marketplace Udaan raising $50 Mn in a Series B round of funding from Lightspeed US in participation with Lightspeed Venture Partners India and funds associated with Russian billionaire Yuri Milner. The startup will use the newly raised funding to add new sellers and buyers, expand its logistics network, hire more engineers and sales executives and launch new services including lending.

The online grocery delivery startup Grofers is said to be in talks to raise $60-65 Mn in funding from its existing group of investors at a nearly 40% drop in its valuation from SoftBank and Tiger Global. It was also reported that Alibaba is looking to acquire a minority stake in Dailyhunt, a news and e-books app at a valuation of $500 Mn against a minority stake of 10%-12%.

THB: Gurugram-based healthcare analytics startup THB (Technology | Healthcare | Big Data Analytics) raised $2.1 Mn (INR 14 Cr) funding from Blume Ventures and HealthQuad. Existing investors like Fireside Ventures; Apoorva Patni, Director of Currae Healthtech Fund and Arpan Sheth, Partner at Bain & Company, also participated in the round. In addition, some strategic healthcare veterans and business leaders from India and the US, also pooled in funds in this round of funding.

Aye Finance: Gurugram-based online lending startup Aye Finance raised $3.8 Mn (INR 25 Cr) from three investors, including Hinduja Leyland Finance and IntelleGrow. The investment was facilitated by Vivriti Capital. The funds will be used to expand its online lending offerings in the MSME sector.

HighRadius: AI-based fintech company HighRadius raised an undisclosed amount in a strategic funding round led by Citi Ventures and PNC. The startup plans to invest the current fundraise towards its expansion across North America, Europe, and the Asia.

Book My Diamond: Mumbai-based Book My Diamond, a technology platform that helps jewellery retailers to search a live inventory of loose, certified diamonds and buy them, raised  $200K from Amrita Technology Business Incubator (TBI) during PitchFest 2018.

CoLive: Bengaluru-based co-living space provider CoLive raised $1.8 Mn (INR12 Cr) in a round of funding led by Ncubate Capital Partners, the private investment arm of SAR Family Office. The startup plans to utilise the recently raised funding to expand its presence and work towards its goal of offering one million managed homes in 25 cities across India. It will also use the funds to ramp up its technology infrastructure and enhance its talent pool.

FourKites: This was the second biggest Indian startup funding of the week. Chennai-based predictive supply chain platform FourKites raised $35 Mn in Series B funding round led by August Capital with the participation of existing investors Bain Capital Ventures and Hyde Park Venture Partners. With this, Eric Carlborg, General Partner at August Capital, will join the FourKites board. The startup will use the proceeds towards geographic and product expansion. The round brings the total funding raised by the startup to $51 Mn.

Capillary Technologies: This is the third biggest Indian startup funding of the week. Capillary Technologies raised about $20 Mn funding from Warburg Pincus and Sequoia Capital. The startup will use the proceeds to strengthen its new product development, powered by artificial intelligence and machine learning, catering to Asia and other upcoming emerging markets. The company also plans to invest in the newly launched consumer goods vertical.

Odex: Mumbai-based Odex, an online shipping documentation provider, raised an undisclosed amount of funding from Dubai-based fintech startup Invoice Bazaar Holdings Ltd against a minority stake. ODeX will use the funds to expand its footprint across West Asia as well as to develop products.

Shopclues: Online marketplace ShopClues raised $1 Mn in a bridge round of funding from Ronnie Screwvala-managed Unilazer Ventures. The Indian arm of Clues Network Inc has allocated about 1,027 equity shares to the Indian subsidiary for raising this round,

DroneHQ: Mumbai-based enterprise mobile app platform DronaHQ raised $500,000 in the second round of angel funding from Kutchi Angel Network. The startup will use the new funds to create its sales team in the US and South East Asia.