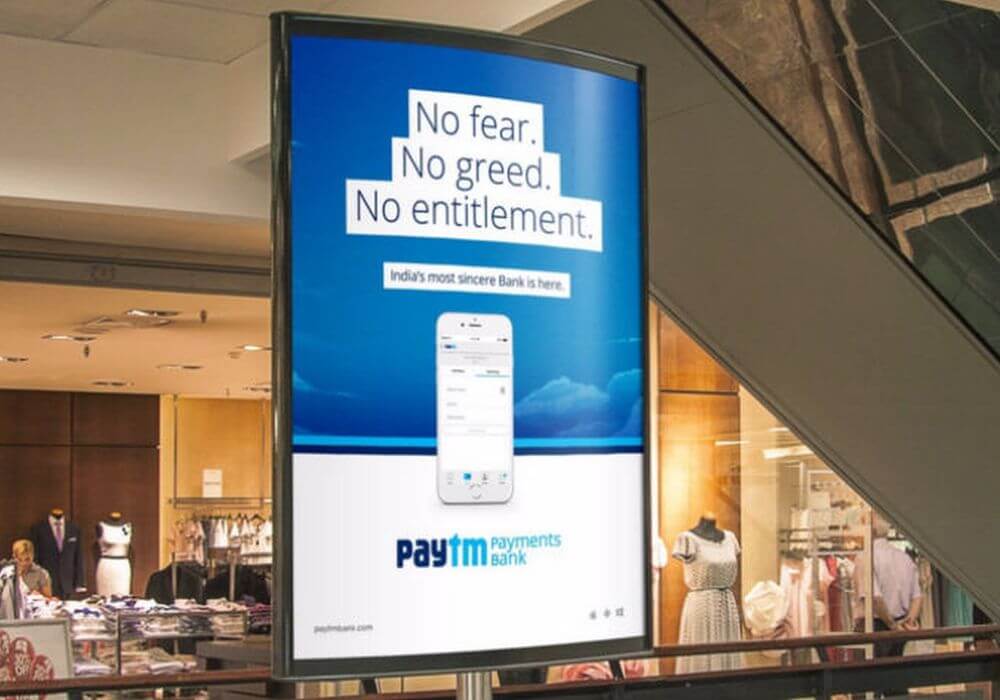 Paytm Payments Bank announced today that it has reached 100 Mn KYC wallets, as a result of its efforts to educate users about the benefits of KYC and also invest continuously in setting up the infrastructure required for completing the KYC authentication process.

As per a statement shared with the media, every KYC customer has opened a wallet account with Paytm Payments Bank. Out of the total 100 Mn KYC wallets, around 76 Mn have been authenticated biometrically. The figure includes both full and minimum KYC customers.

By completing their KYC, customers gain access to increased account limit and can also transfer funds to other Paytm wallet and bank accounts. Furthermore, they have a choice to open zero balance account with Paytm Payments Bank, stated the firm’s spokesperson.

Commenting on the development, Renu Satti, MD and CEO – Paytm Payments Bank said, “We are excited to see that our customers appreciate the benefits of completing their KYC and it is evident with the large number of KYC requests that we are receiving. We are doing our best to serve everyone as soon as possible while we continue to set new benchmarks for ourselves.”

“As our commitment to our customers, we will continue to invest further to strengthen the payments infrastructure in our country. We will not stop until we take digital payments to every nook and corner of our country,” Satti added.

The growth has come on the back of multiple product and service launches by the payments bank. To offer more localised support to customers, Paytm Payments Bank, for instance, has introduced several convenient options that include Paytm KYC centers and ‘Paytm-Ka-ATM’. At present, customers can locate these through the ‘Nearby’ section on the Paytm app.

It has also onboarded partner agents, who are responsible for visiting customers to complete their KYC process. Additionally, as per Satti, many users have opted for getting the minimum KYC done through the Paytm app.

In order to make KYC authentication more convenient for customers, the bank is now educating its partner outlets and agents to accept all government-issued identification documents for completing KYC, which are not limited to Aadhar.

Paytm Payments Bank: The Story Behind Its Growth

While Paytm was initially planning to launch its payments bank in November 2016, Airtel beat it to become the first payments bank in the country to go live. Paytm parent One97 Communications, on the other hand, issued a public notice in December 2016 that it would be transferring its wallet business, to the newly-incorporated payment bank entity.

A month later, it received a nod from the Reserve Bank of India to formally launch the Paytm Payments Bank. Finally three months after receiving the license, Paytm Payments Bank officially commenced operations in May 2017 and later in November 2017, it was formally inaugurated by Finance Minister Arun Jaitley.

In the months since its launch, Paytm Payments Bank has rolled out a number of other products and services, geared towards reaching more customers across India. In September last year, for instance, it unveiled the Paytm RuPay Debit Card.

The company also created a wealth product in January 2018 that allows customers to transfer the excess money from their account to a fixed deposit (FD) that is created automatically by a partner bank. Unveiled in collaboration with IndusInd Bank, the facility ensures that a fixed deposit is created whenever customer balance exceeds $1,533 (INR 100K) at the end of the day. It is currently in the process of rolling out on-demand fixed deposits.

Over the last few months, Paytm Payments Bank has aggressively bolstered its corporate offerings and has launched a food wallet for its corporate customers. At present, 500+ companies give the Paytm food wallet to their employees. Salary accounts for employees is another product that is currently in the making.

Since its conception, Paytm Payments Bank has received regular investments from founder Vijay Shekhar Sharma and One97 Communications. Presently, Sharma holds a 51% stake in the Payment bank, and the remaining 49% is controlled by One97. Till date, it has raised total funding of $61.78 Mn (INR 400 Cr).

Riding this wave, Paytm Payments Bank, with over 100 Mn KYC wallets, is striving to bring more Indians under the umbrella of financial and digital inclusion.