With This Update, Paytm Aims To Substantially Grow Its Money Transfer Business 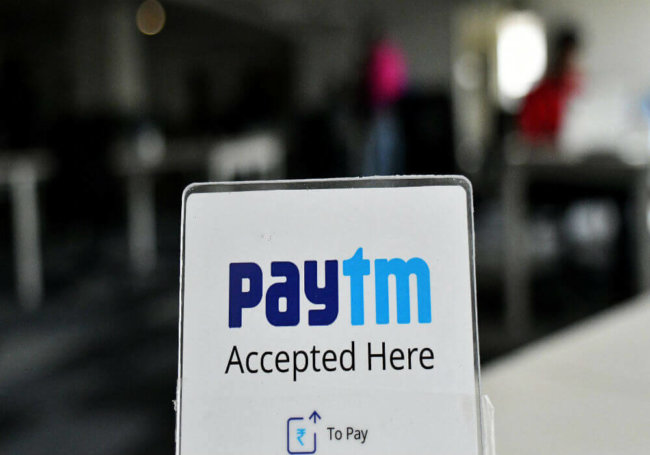 At a time when the country’s digital payments space is undergoing major changes as a result of the RBI’s stricter KYC mandates, homegrown unicorn Paytm has revamped its app to make it more user-friendly and intuitive.

According to a media statement, the new update personalises the app experience for the user, showcasing frequent use cases at a customised level. As a result of the upgrade, money transfers are now simpler and faster, offering instant transfers from a user’s Paytm Payments Bank account, Paytm Wallet or any other bank account to any bank account at 0% fee.

Additionally, Passbook, which contains account history and balance, has been revamped to present all information in a snapshot.

Commenting on the development, Kiran Vasireddy, COO of Paytm said, “We are very excited to introduce the new revamped interface on Paytm App. In continuation of our constant effort to provide our customers with the best user experience, the new design is refreshing and has upgraded to some of the most important flows including Money Transfers.”

“Our offline payments have also scaled as we pioneered Paytm QR, enabling merchants to accept payments directly into their bank accounts. This year, we are aiming for an exponential growth in money transfer transactions by transforming payments done in the unorganised sector,” Kiran added. 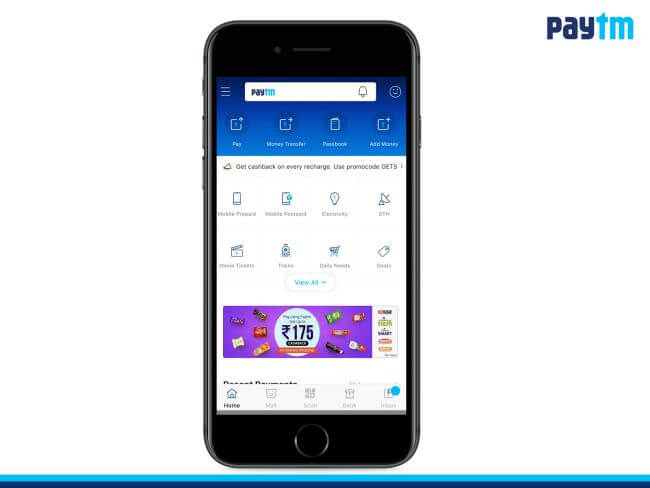 With the latest revamp, Paytm aims to substantially grow its money transfer business this year. It has also been aggressively educating users to link their bank accounts and experience instant transfers using the Paytm app.

This, according to Kiran, will address the money transfer needs for a variety of use cases such as house rent, supplier/ wholesale dues, tuition fee, freelancers, salaries of the unorganised workforce, peer-to-peer payments among others.

The increased thrust on money transfers has aided the company in complying with new KYC norms in its stride, which has, in turn, enabled it to sustain the growth in transactions, as per the company’s COO.

Since its inception in 2010, Paytm has evolved from being a wallet company to a full stack payments provider by offering multi-source and multi-destination solutions. Currently, the Paytm app is used to make payments using credit/debit Cards, bank accounts, Paytm wallet and Paytm postpaid to recipient bank account as well as Paytm accounts.

Paytm has been driving innovations for digital payments for quite some time now. Towards the end of January, the Vijay Shekhar Sharma-founded company launched the Paytm for Business app on Android Play Store.

The app enables new merchants to sign up quickly and get a Paytm QR code to start accepting digital payments. The app also enables merchants to manage their day to day payments and day-end reconciliations. As per the official statement,  the Paytm for Business app is currently available in over 10 regional languages.

Later in February, the company introduced its own credit scoring product Paytm Score. The initiative aims to strengthen Paytm’s lending vertical. In the same month, Paytm announced that it is the largest contributor to the overall volume of UPI transactions in the country. The digital payments giant claimed to have contributed 68 Mn UPI transactions in February 2018.

However, soon after the reports surfaced, Flipkart-owned PhonePe, in a blog post titled ‘All that glitters is not gold’, termed Paytm’s claim of being the biggest payments network on UPI as unidimensional and misleading, and added that broad-based adoption of UPI has not happened on Paytm yet.

Last month, the company announced that its wholly-owned subsidiary Paytm Money Limited received the official approval of the Securities and Capital Markets regulator SEBI (Securities and Exchange Board of India) to become a Registered Investment Advisor.

This license will allow the Softbank, SAIF Partners, Alibaba Group and Ant Financial-backed company to roll out the investment and wealth management products to millions of consumers across India.

Around the same time, it launched two new services – Gold Gifting and Gold Savings Plan as a part of its wealth management offering Paytm Gold. Through these services, customers can now send 24K 999.9 Purity Gold to each other instantly.

More recently, in the third week of March, reports surfaced that Paytm was in the process of seeking a licence from the RBI to operate a P2P lending platform. According to people close to the development, Paytm is aiming to leverage its offline merchant base to gain a stronghold in the country’s peer-to-peer lending landscape.

To that end, the Vijay Shekhar Sharma-founded company has already started disbursing short-term, small-ticket loans to these offline merchants.

As a per a report by Google and Boston Consulting Group, the digital payments industry in India is projected to reach $500 Bn by 2020, contributing 15% to India’s GDP. Riding on this wave, Paytm has been clocking stronger growth numbers in recent times, driven largely by the new innovations that it is continuously rolling out.