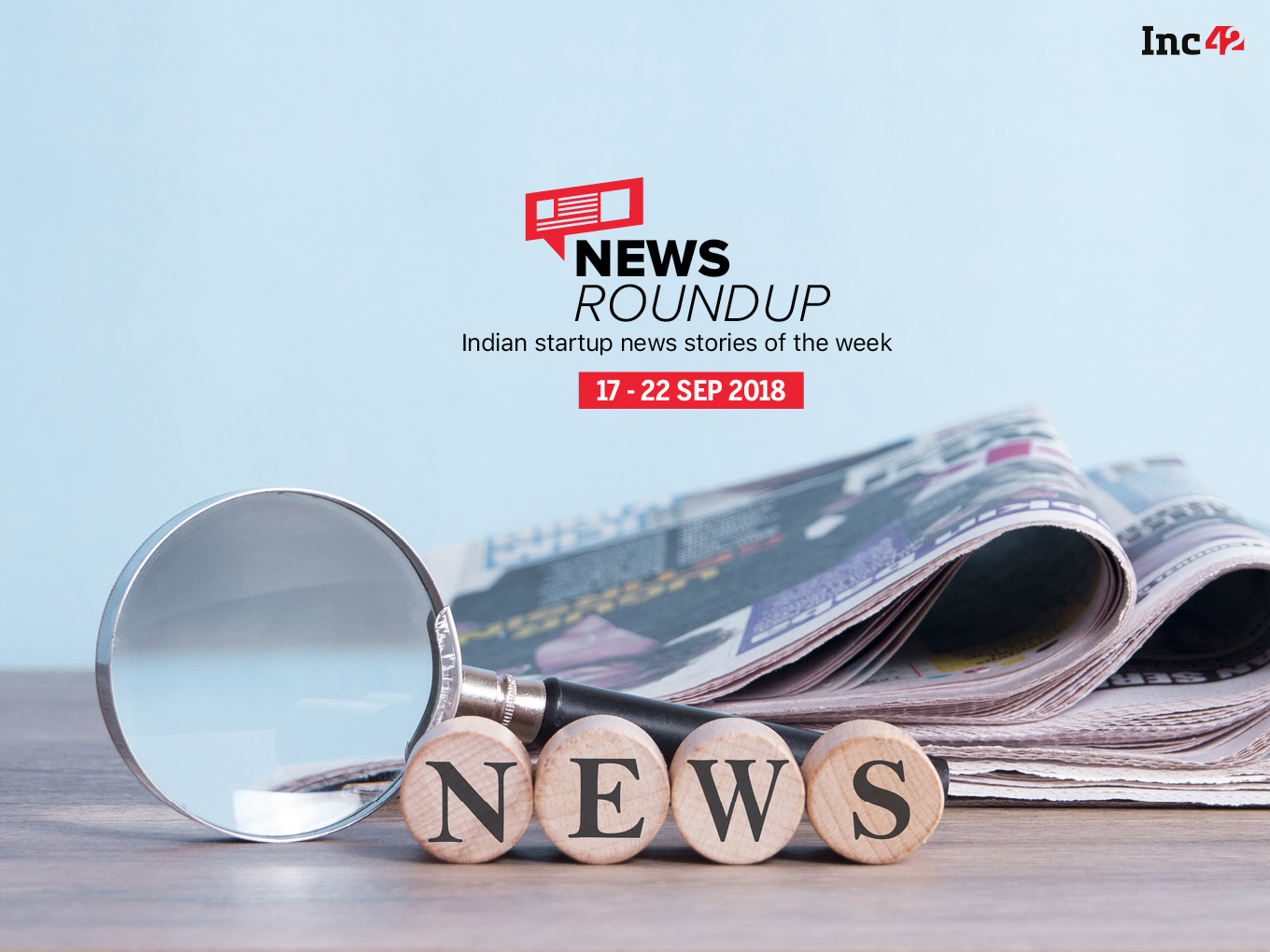 In one of the major development this week, in a letter to the National Payments Corporation of India (NPCI) chief Dilip Abse, Paytm has raised concerns that Google has scope to share the payments data of Indian consumers with affiliate companies and third-party users. The letter states that Google sharing and storing user data outside India presented severe security implications in case of a data breach.

In another development, Alibaba has also come forward in support of its Indian portfolio company Paytm on the data localisation move in India. Alibaba Cloud president Simon Hu said in a media statement that the company is localising data in all countries to promote data security. He further said that building trust in Chinese cloud technology to store data overseas is a challenge.

This comes at a time when Google Pay has completed its one year journey in India. Google, which recently rebranded its payment offering from Tez to Google Pay, has 25 Mn monthly active users who have collectively carried out about 860 Mn transactions over the past year. Google claimed about 1.2 Mn businesses in India have adopted the app as their preferred mode of payment. Google Pay is supported by partners Axis Bank, ICICI Bank, HDFC Bank and State Bank of India.

Drone Regulations 2.0 May Permit Delivery For Food And Goods Too These temperature-controlled distribution centres (DCs) will eventually help manage its entire supply through this network. Once the new model is implemented, the company’s entire food and FMCG products will be supplied from its own distribution centres that are to be located within a range of about 200 km from each of its retail outlets.

A PE has also been registered. This is being done to probe if Cambridge Analytica had picked data from Global Sciences Research, which relates to the personal data of Indians on Facebook. The probe will see if data was harvested and misused.

Zuckerberg further hints of availing the platform in more regional languages. He said, “There are countries where we need more local language support in general — but that goes beyond just election issues.”

In another development, the Indian government is demanding WhatsApp to come up with a technology to trace the origin of incendiary messages circulated on its platform. The development comes at a time when Singapore parliamentary committee has also suggested the Singapore government to formulate legislation that ensures technology companies rein in over online fake news and that those responsible are punished.

The traders’ body plans to file a complaint with the Competition Commission of India (CCI) against Samara-Amazon’s acquisition of the Aditya Birla Group’s food and grocery retail chain More. CAIT secretary Praveen Khandelwal believes international companies such as Amazon would slowly make inroads in offline retail through such deals and would eventually kill small and medium retailers. CAIT has already opposed Walmart’s recent acquisition of Flipkart and had even called for Bharat Bandh on September 28.

However, IAMAI has raised objections calling such tax an unfair liability imposed on the sector. As per IAMAI, mandating technological platforms to collect GST for retail activities undertaken by sellers on-boarded on their platform is a contradiction of the intermediary role played by such platforms; and a forceful imposition of undertaking tax liabilities for activities beyond their remit.

(CAIT) has written to Union Commerce Minister Suresh Prabhu to oppose the plans of the government to drop the draft of ecommerce policy. CAIT has told Prabhu that this is a regressive step as the country’s ecommerce market has considerably grown in size and scale which needs a codified policy and a regulatory authority to regulate and monitor the market.

Food Safety and Standards Authority of India (FSSAI), the food safety regulator of the country, will start reviewing the progress made by online food delivery platforms, including Zomato and Swiggy, in delisting non-licensed restaurants and catering establishments in the first week of October. In July this year, the FSSAI had directed 10 online food delivery platforms to debar food business operators (FBOs) that don’t have a license obtained from the regulator.

OYO Expands Operations To The UK

In the next 15 – 18 months, OYO plans to offer over 5000 rooms. OYO has already started its operations in four properties in London that offer more than 80 rooms. The UK business will be led by British entrepreneur Jeremy Sanders, who co-founded the British restaurant chain, Coco di Mama.

With the newly acquired NBFC license, the company is planning to bolster its effort in laying the foundation for its long-term credit business, wherein it estimates that its consumer business revenues will be 40-50% within next three to four years.

The government order is subject to a condition that one purchasing officer cannot purchase more than two application in one year from one entrepreneur. Further, the government has emphasised that the benefit is available only for startups who are registered with DIPP, Government of India and to extend the benefits and exemption of Earnest Money Deposit (EMD), Bid Security, Cost of Tender forms and Security Deposit etc to all startups.

PhonePe also crossed the 2 Mn transaction mark last month at its offline organised outlets and is all set to scale up to 10 Million by December.   PhonePe is also deploying an additional 50K POS devices across cities by the end of this month.

Freshworks has opened a second office in India, at Bengaluru. This will serve as the second engineering site and tap into the talent pool of the region to scale capabilities across the board. It is also launching a unified Marketplace platform. This will allow developers and companies to easily build apps that work with Freshworks’ products.

The service will enable affordable and convenient mobility while addressing last-mile connectivity in the city. 50 bikes to be available for service by end of the month. With this move, Agra will become the fourth city in Uttar Pradesh and seventeenth city in India to avail the Ola Bike service.

SmartLinks is an offering to help MSMEs scale their businesses by exercising better control over payment processes and business operations. The move aligns with the company’s vision to digitally empower India’s MSME sector through hassle-free and affordable solutions, aiming to take the customer base from 5 lakhs to 25 lakhs by 2020.The announcement also marks the 6th year anniversary of the company.

Available on iOS and Android, the app received 5.5K downloads in India within the first night of its launch through iOS and remained on the top position. SQUATS is now expecting 20K-30K downloads by the end of the first month of the FITTR launch. The app offers automated diet charts, BMR analysis, quantified food details, weekly diet chart planner along with healthy food recipes. Once the user feeds in the required data like his/her age, weight and other health details, the app automatically generates a plan based on the information shared.

Browser Security Plus is a browser management solution that helps organisations secure their corporate data in the cloud and protect their networks from web-based cyberattacks. Available immediately, Browser Security Plus provides organisations with a layer of management capabilities for browsers and their add-ons to maintain robust enterprise security.

India’s first underwater robotic drone developed at Maker Village, which can send real-time video, of ships and other underwater structures to help with their repair and maintenance,  was launched and handed over to the Naval Physical and Oceanographic Laboratory (NPOL) of DRDO earlier this month. The first commercial Remotely Operated Vehicle (ROV)/ underwater drone, EYEROVTUNA,  was developed by EyeROV Technologies. NPOL, a laboratory of Delhi-headquartered Defence Research and Development Organisation (DRDO), made the first order of the product.

The tech company from Europe developing “AI Growth Cloud”, has signed a partnership agreement with Indian company M/s Hagen Impex Pvt. Ltd. The new Synerise Partner supports the vendor’s planned business activities in India, as well as implementations and integrations of Synerise’s AI Growth Cloud in companies that want to boost their digital presence and revenues.

Capgemini and Amazon’s cloud computing division Amazon Web Services (AWS) have announced a strategic initiative to accelerate enterprise digital transformation via Cloud technologies. With a focus on the European market, the group initiative will help clients enhance business insights, agility, security and cost-effectiveness to drive improvements in their business performance.

The company currently provides an e-Cash on delivery (eCoD) payment solution, PayPhi, which offers a cashless payment option to consumers at the time of delivery.  It plans to launch the new feature in the next six months.

GrabOn has recently moved into the Gift Cards space citing a massive 3X year on year growth of the gift card industry as a lucrative opportunity. This new venture is expected to bolster the profit margins of GrabOn by 20%, pushing them and the coupons & deals space towards a brighter future. With an aim to win over 40% of the Gift Cards space by 2020, GrabOn hopes to establish itself as an irreplaceable shopping companion for every Indian shopper in the next five years. GrabOn, a bootstrapped startup in the coupons and deals space also celebrated its 5th anniversary on 20th September 2018.

Andromeda announced a strategic alliance with US-based fintech company Biz2Credit, which recently marked its foray in India. The collaboration will facilitate Andromeda to leverage Biz2Credit’s financial services technology and patented analytics platform to deliver an innovative and convenient lending experience for borrowers in India.

Google Brings Google One To India

Google is bringing the recently launched cloud storage subscription program Google One to India over the next forthcoming weeks. Google One was first launched in May this year and provides expanded cloud storage to customers along with the ability to for users to share their storage plan with upto five family members.

Essel Group, Bridgestone and TATA Consulting Engineers have been added to its customer base. These recent customer wins reinforce the technological prowess and service level quality that Yatra provides. With its PaaS (Platform as a Service) offering for Large and Medium Enterprises and its Self-Booking Platform for Small and Medium Enterprises (SME), Yatra is addressing the entire gamut of the corporate travel market in India.