Pranab Barua, who heads the retail and apparel vertical of the Aditya Birla Group, is likely to head the operations 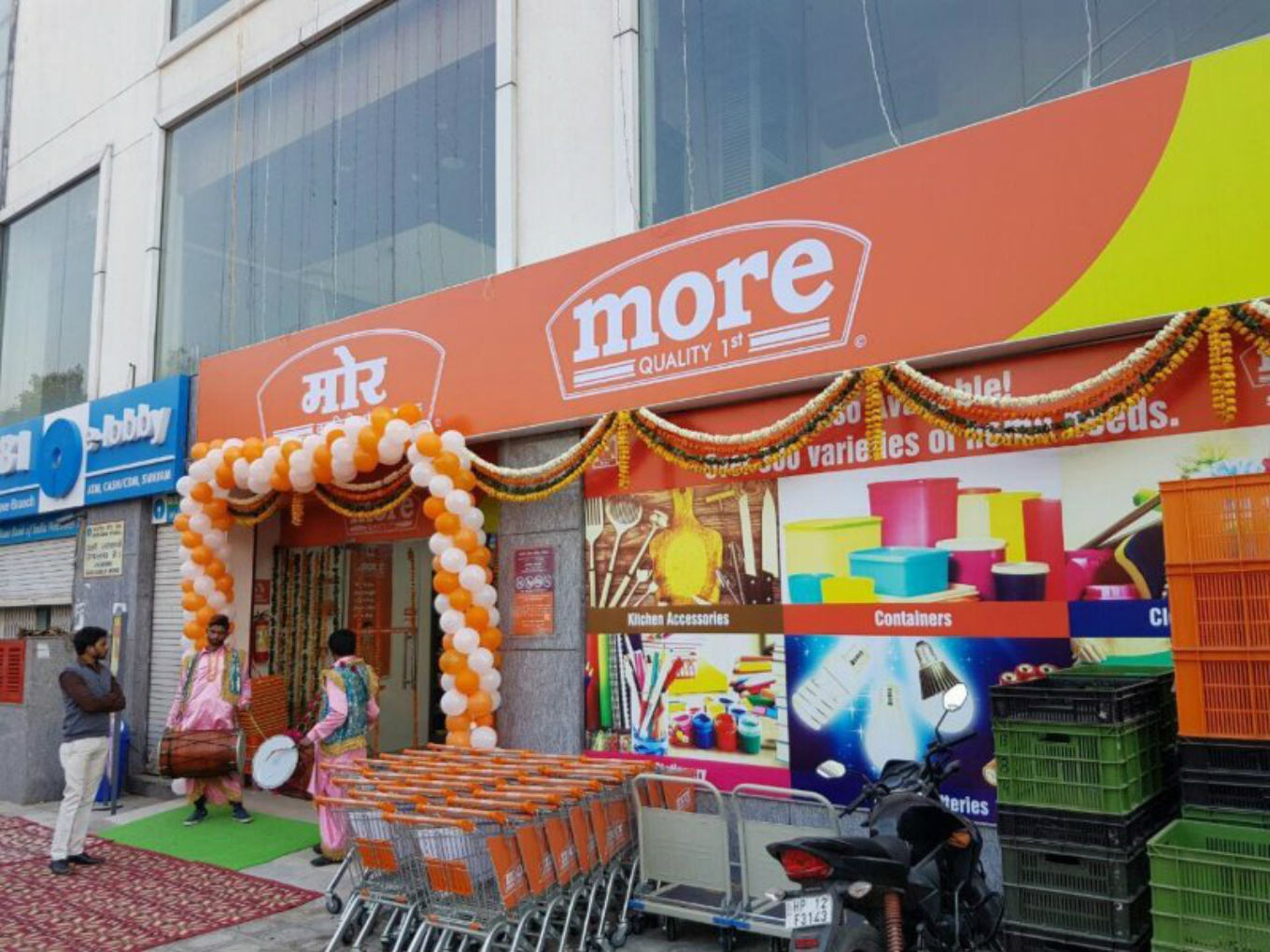 In what seems like a major boost to global ecommerce giant Amazon’s plans of dominating the retail market in India, reports have surfaced that Aditya Birla Group’s retail chain More has been acquired by Amazon and private equity fund Samara Capital.

CNBC TV18 cited sources as claiming that the Samara Capital-Amazon consortium will buy More at an enterprise value of $581.4 Mn (INR 4,200 Cr), with Samara Capital acquiring 51% of the company and Amazon buying the remaining stake.

Further, Pranab Barua, who heads the retail and apparel vertical of the Aditya Birla Group, is likely to head the operations of the entity.

The Aditya Birla Group confirmed the development to Reuters. However, email queries sent to Amazon and Samara Capital by Inc42 didn’t elicit any response till the time of publication.

Reports on Amazon forming a consortium to acquire food and grocery supermarket chain More first surfaced a month ago. It was then suggested that Amazon, along with Goldman Sachs and Samara Capital, would form a consortium to acquire More. It was also reported that the deal would value More at $644.09- $715.66 Mn (INR 4,500-5,000 Cr).

The idea was to float a separate company or a special purpose vehicle in which Amazon would pick up a 49% stake as a strategic partner. It was also speculated that the final structuring exercise was already on, ahead of a formal announcement.

Notably, the acquisition will effectively wipe out the entire debt in Aditya Birla Retail Ltd (ABRL)’s book, which stood at about $565.3 Mn (INR 4000 Cr) as of March 2018. The deal will be carried out through an existing facility management backend firm.

It was also suggested that since the backend company, in which Samara and Amazon are investing, has no restrictions on FDI, the deal should not run into any hurdles. This means that once the deal is done, ABRL would not have to take approvals from individual state governments to operate More’s stores.

The reports also said that with Samara acquiring a 51% stake in More and Amazon wanting the remainign 49%  —which is just short of the permitted 51% in multi-brand retail FDI — there was no space for Goldman Sachs in the deal.

Why Does Amazon Want ‘More’ In Its Kitty?

Despite recording continuous losses, More is the fourth-largest supermarket chain operator in India. There are 493 supermarkets and 20 hypermarkets under the More brand across the country, covering more than 2 Mn sq ft of retail space.

However, More lags behind the Future Group, Reliance Retail, and DMart in terms of the number of outlets.

In the last few months, reports have been also doing the rounds that Amazon is in talks with Kishore Biyani’s Future Retail and Spencer’s Retail.

More complements Amazon’s plans to venture into food retail in India — a plan that has hit a major roadblock due to policy ambiguities, even though Amazon had received in-principle approval to invest $500 Mn in a subsidiary that was allowed to sell locally produced and packaged foodstuff, both online and offline.

In the wake of global retailer Walmart’s acquisition of Flipkart, Amazon has been wracking its brains hard on how to expand its retail presence in the country. And More, with its large chain of stores across the country, fits the bill to serve as the catalyst for this expansion.