Samara Capital and Amazon are not acquiring More, but are co-investing in a company called Witzig Advisory which has agreed to acquire More 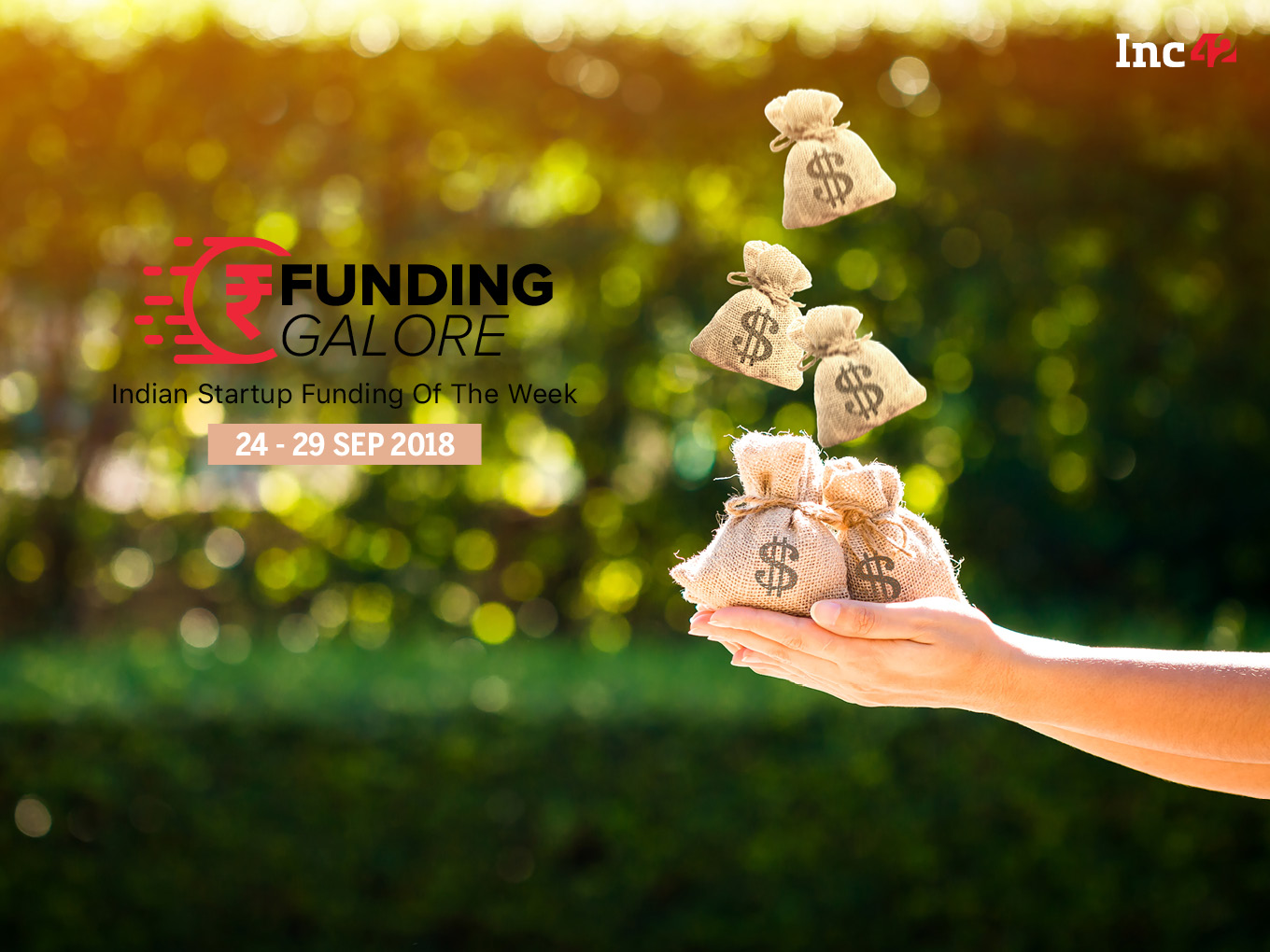 One of the biggest funding this week was raised by hotel chain OYO securing a total of $800 Mn in its latest financing round led by SoftBank Investment Advisers (SBIA) through SoftBank Vision Fund, with participation from existing investors Lightspeed India Partners, Sequoia Capital, and Greenoaks Capital. OYO also confirmed that it has received a commitment of an additional $200 Mn from undisclosed investors, bringing the total to $1 Bn in this round. JPMorgan is acting as the exclusive financial advisor to OYO in this fundraising. Reportedly, the company has been valued at $5 Bn with this funding round.

In another major development, Paytm’s parent company One97 Communications finally approved the investment of $300 Mn from Berkshire. The documents from the Registrar of Companies show that in lieu of the investment Berkshire will subscribe to 1.7 Mn equity shares of Paytm. The investment comes as first for Berkshire in an Indian company.

Further, the recent reports of global ecommerce giant Amazon and private equity fund Samara Capital’s acquisition of Aditya Birla’s retail chain More had surfaced in last one month and have been successfully closed as well. However, here’s a twist. Samara Capital and Amazon are not acquiring More. The companies have “agreed to co-invest in a facilities support and management and value-added services company called Witzig Advisory Services Private Limited.” Following this investment, Witzig has agreed to acquire the grocery and retail stores chain More. It is to be noted that Paurush Roy is also a Director at Samara Capital.

Apart from these, this week 13 startups raised around $106.3 Mn funding and six startup acquisitions took place in the Indian startup ecosystem. (The startup funding calculations are based on the startups that disclosed funding amount.)

PharmEasy: Mumbai-based healthtech startup PharmEasy raised $50Mn in a Series C round of funding led by Eight Roads Ventures India, the proprietary investment arm of Fidelity International Ltd (FIL); F-Prime Capital; Fundamentum Advisors, an investment firm backed by Nandan Nilkeni and Sanjeev Aggarwal; and San Francisco-based hedge fund Think Investments. Existing investor BVP also participated in this round, which was executed by investment banking firm Avendus. PharmEasy plans to use the funding to build a larger consumer base and work towards improving its technology capabilities.

Kredent InfoEdge: Kolkata-based fintech company Kredent InfoEdge secured $1.1 Mn (INR 8 Cr) in Pre-Series A funding from renowned stock market investor Ramesh Damani and Singapore-based hedge fund manager along with another undisclosed investor. The startup has already received $688.8K (INR 5 Cr) in its kitty, while $413.3K (INR 3 Cr) is still under process. The company plans to use the funds to introduce new and innovative products that will help the participants to build a career and the investors, traders and professionals to profit from the markets.

NetraDyne: The Bengaluru and San Diego headquartered NetraDyne raised $8 Mn in funding from Reliance Industries for 37.4% stake in the company.  the investment was made through its subsidiary Reliance Industrial Investments and Holdings (RIIHL) which has subscribed to 4.06 Mn shares (4,058,647 shares) at INR 1.9711 per share. With the investment, Reliance is looking at potential synergies with digital services and communications initiatives of RIL and its subsidiaries, apart from commercialisation benefits in India. NetraDyne was one of the Inc42’s 10 Indian AI startups to watch out for in 2018.

Later this week, Netradyne raised another round of financing wherein it secured $21 Mn as part of a Series B funding round. The funding round was led by Microsoft’s corporate venture arm M12 (formerly Microsoft Ventures) and saw participation from Point72 Venture and existing investor Reliance Industries. M12 will join the company board and “bring additional resources and expertise focused on scaling the company”, according to a company statement. The company plans to use the funds raised to make a sizable investment in the application of AI and deep learning in new industry segments.

Licious: Bengaluru-based gourmet meat delivery startup Licious raised $25 Mn in Series C growth round of funding led by Bertelsmann India Investments, Vertex Ventures Southeast Asia and India along with UCLA. Existing investors including Mayfield India, 3one4 Capital, Sistema Asia Fund and InnoVen Capital also participated in the round. The company will use the newly raised funds to expand to new cities, fostering the value-added product category, and strengthening the supply chain.

SenseHawk: San Francisco, Mumbai and Bengaluru-based cloud-based enterprise platform SenseHawk raised $2 Mn in Series A funding from SAIF Partners and other angel investors. The company plans to use the funding for business development and engineering. Expansion of business outside of India, the US and Australia will be a key focus in addition to the strengthening of existing contracts.

Goals101: Delhi-based fintech and marketing technology startup Goals101 raised $3.5 Mn in a Pre-Series A funding round from US-based venture capital firm Nexus Venture Partners. With this funding deal, which was completed a few months ago, Nexus became a minority stakeholder in Goals101. The funds raised from the round were utilised to improve Goals101’s technology and data science capabilities and also to expand its geographical reach to Malaysia, the UAE, Qatar, South Africa and Kenya.

Bounce: Bengaluru-based dockless two-wheeler rental service Bounce raised $3 Mn in venture debt from venture debt and speciality lending firm InnoVen Capital. The startup plans to use the funding to further boost Bounce’s expansion plans and establish a pan-India presence. The startup plans to work on improving its delivery models and expand to other major cities across India by 2020.

Stanza Living: New Delhi-based student accommodation platform Stanza Living raised $10 Mn (INR 73 Cr) in a funding round led by Sequoia Capital with participation from existing investors — investment firms Matrix Partners and the California-headquartered Accel Partners. Stanza Living will leverage the funding to expand to multiple markets and strengthen its core leadership team while onboarding specialised talent across functions. The startup will also utilise the fresh capital to bolster its technology development, which helps it drive effectiveness into project management and efficiency in business operations while enabling it to offer personalised service delivery.

Bonbeno: Delhi based pet care products platform Bonbeno raised an undisclosed amount of funding to scale up their business. It plans to launch a mobile grooming service where one can order their service via phone.

Docturnal: A Hyderabad-based company focused on non-invasive screening solutions for Tuberculosis, Docturnal raised funding from Mumbai Angels Network (MA Network). With the funding, it is looking to build the team, technology and deploy the product for clinical trials across several hospitals in the country. 11 Investors from the MA Network are investing in the company including Akshay Mittal, Abhijeet Birewar and Shantanu Agarwal.

Spoofin: A video-based social network that allows users to create and share parody videos, Spoofin raised a bridge round funding from Mumbai Angels Network. Spoofin had raised its first round of funding from the MA Network and several other individual investors in 2017. The startup plans to use freshly raised capital towards growth and fuelling expansion in customer acquisition and technology. It is also planning to launch new versions over the next three to four months. Five Investors from the MA Network have invested in the company including Jatin Aneja, Mridul Upreti and Purple Patch Ventures.

Strom Motors: Mumbai-based smart urban mobility startup Strom Motors (E14 Technologies Pvt Ltd) has secured angel funding from Indian Angel Network (IAN). The round was led by IAN members Neeraj Garg, Sanjay Bhasin, and Anirudh Agarwal, all of whom will also be strategic members of the Strom Motors’ board. The investment will help Strom Motors to consolidate its leadership position in the technology-enabled urban mobility industry, improve product sales, accelerate its geographical expansion, and increase its consumer base across markets.