In lieu of the investment, Berkshire will subscribe to 1.7 Mn equity shares of Paytm 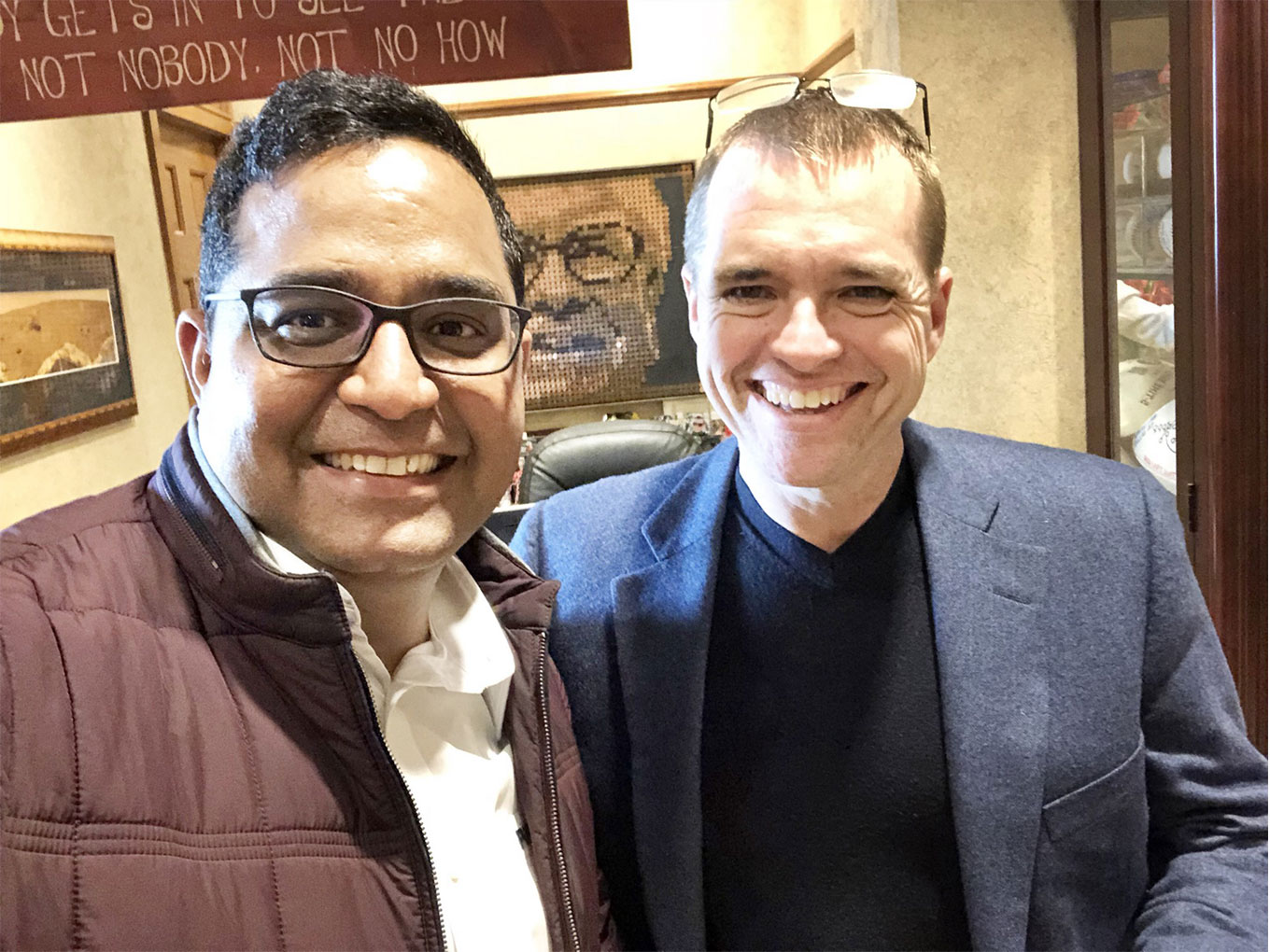 The documents from the Registrar of Companies show that in lieu of the investment Berkshire will subscribe to 1.7 Mn equity shares of Paytm.

The board has also resolved that Paytm founder Vijay Shekhar Sharma, chief finance officer Madhur Deora and senior vice-president of finance Vikas Garg as those responsible for negotiating this deal on behalf of the company.

The investment comes as first for Berkshire in an Indian company. Berkshire has now confirmed $300 Mn investment acquiring 1.7 Mn shares for $176.18 per share. The company has taken a 2.9% stake in Indian payments giant.

Vijay Shekhar Sharma had announced the deal in a blog post saying that US-based investment firm Berkshire Hathaway is now a part of Paytm’s journey.

As part of the deal, Todd Combs, investment manager, Berkshire Hathaway has joined Paytm’s board of directors, which also includes Pallavi Shroff and Mark Schwartz as independent directors.

Earlier, reports had surfaced that Buffett, through his US-based holding company Berkshire Hathaway is in talks to pick up a 3-4% stake in the company through a primary subscription of shares for about $286.81 Mn-$358.37 Mn (INR 2,000-2,500Cr) in One97 Communications.

It was being speculated that the deal could value the company at about $12 Bn.

The Noida-based company has recorded 200 Mn customers and a gross transaction value (GTV) of $20 Bn (March 2018), registering over 1 Bn transactions per quarter.

With a valuation of $10 Bn (as of January 2018), Paytm, which started out with digital payments, has been rapidly expanding its portfolio. It has expanded to ecommerce with Mall, started its own Payments Bank, and has also ventured into event ticketing services, wealth management, insurance and gold services.

Here’s a quick update on happenings at Paytm:

As Berkshire joins Paytm in its growth in India, the company’s global expansion looks promising.

Update: September 27, 6:05PM
The story has been updated to include that Berkshire Hathaway has confirmed $300 Mn in One97 Communications, the parent company of Paytm, acquiring 1.7 Mn shares at $176.18 per share for 2.9% stake.