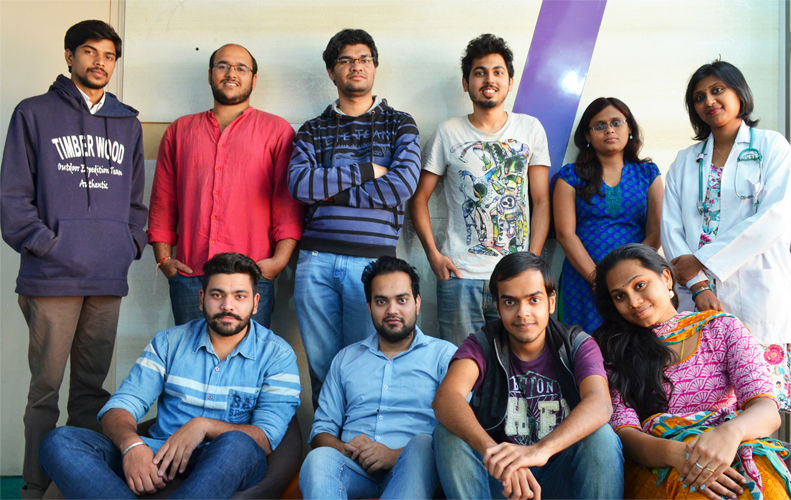 The online healthcare industry in India has taken a sudden boom with multiple players burgeoning in the sector. According to IBEF, the healthcare market in India was close to $100 Bn in 2015, it is expected to reach $280 Bn by 2020 at a CAGR of 22.9%. However, still a large portion of patients either neglect, or self–treat their medical problems, for multiple reasons, including the lack of availability of doctors in the neighbourhood. In fact, only 2.3 Bn consultations take place on average every year, as opposed to the expected estimate of 6.5 Bn.

Launched in August 2015, JustDoc, connects patients and doctors over a video call for any medical consultation at any time of the day from over a 100 quality doctors from top hospitals such as like Apollo, Fortis, Manipal and AIIMS. Unlike Skype, while consulting on JustDoc, one doesn’t need to download any heavy desktop application. Apart from that other features like – online payment, ability to attach medical reports and fallback on mobile phone call (in case of poor internet connection) are also integrated in the system.

The startup is presently targeting five specialised areas which include General Medicine, Psychology, Gynaecology, Dermatology & Paediatrics. It plans to add more areas over the span of time. With its pan India presence, it is also providing patients in Tier II and Tier III cities an access to a lot of top doctors who are concentrated in metro cities.

“Many patients travel to big cities to access good doctors from Apollo, Manipal, Fortis and others. What if the patient gets to speak with the same doctor sitting at home. Around 70% of problems can actually be solved remotely without visiting a doctor for example – follow-up consultations, review on medical reports, most of the cases in Dermatology, Psychology, General Medicine etc,” Jugal said.

Abhishek Goyal, Co-Founder, Tracxn, said, “Service Quality in offline hospitals is not very exciting today – so there is a good opportunity to disrupt it and move it to digital medium. Along with “Primary Consultation”, a large fraction of “Second Opinion” and “Casual Health Queries” are significantly underserved globally. So there is an opportunity for someone to come and make a large impact. We were very excited about early signs given by JustDoc team and decided to join their journey.”

Owing to the increasing mobile penetration which is expected to have 236 Mn mobile internet users by 2016. JustDoc launched its android mobile app last month, which so far has received decent response from the users.

The startup is now in the process of partnering with several top government and private hospitals.

On the monetising front, it charges INR 249 per consultation.

The newly raised funds will go in building product and hiring and customer acquisition as well. The startup plans to reach 500 consultation per day in the next 3 months.

Pranav Pai, investing on behalf of Mohandas Pai, said, “JustDoc is driving a platform approach to solve this problem for both sides of the equation – the patients and the doctors – by involving multiple stakeholders to arrive at a global optimum. A comprehensive solution in this space will require convenient access and secure records storage over multiple consultations on the one hand while helping doctors and clinics to optimise their time to serve more patients consistently and on priority on the other. JustDoc can bring about real and tangible improvements to hundreds of thousands of people’s lives every day, and I am happy to be part of their journey.”

Startups like Lybrate, Ziffi and Qikwell are healthcare aggregator platform that connects doctors and patients through its platform. Whereas, startups like  PlexusMD, Curofy and DocPlexus are online networking healthcare platforms that connects healthcare professionals and organisations to exchange news, information and research in medicine.

However, JustDoc faces stiff competition from Gurgaon-based, Doctor Insta, which operates as a “Video-Medicine” or rather video consultation platform. It also provides online consultation but in general medicine, pediatrics, psychology and nutrition. The startup raised $500K in pre series A funding from angel investor Rishi Parti and the US-based VC firm, BrahmaX Ventures, in December 2015. On the other hand, MeraDoctor is another healthtech startup that virtually connects doctors and patients through live chats. The startup raised (INR 7 Cr) in pre series A round of funding led by Ronnie Screwvala’s Unilazer Ventures, in December last year.