Funding Galore: Startup Fundings Of The Week [9 May – 14 May]

Funding Galore: Startup Fundings Of The Week [9 May – 14 May] 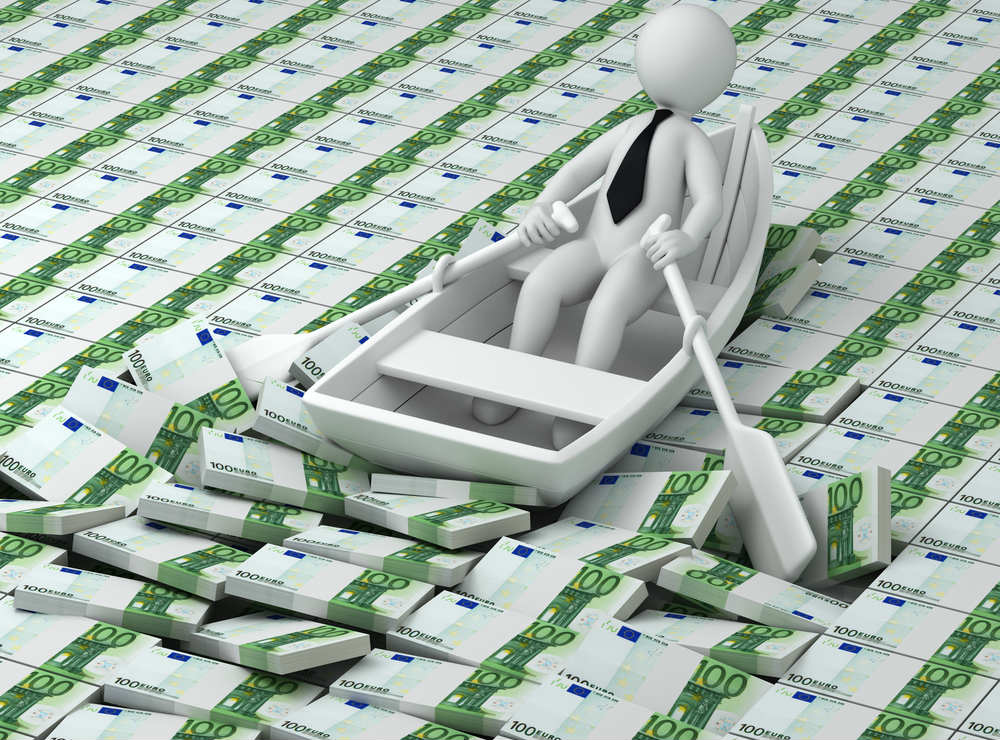 Capital Float: Online lending platform Capital Float raised $25 Mn (INR 170 Cr) in a Series B round of funding led by US-based Creation Investments Capital Management along with SAIF Partners, Sequoia Capital and Aspada Ventures. After the latest funding round, the company is valued at over $100 Mn. The startup plans to use the newly raised funds for ramping up its proprietary credit underwriting engine, penetrating newer segments, including travel and driver financing, as well as introducing new product lines.

Unacademy: An online platform for free education, Unacademy, raised $500K in its first round of external investment led by Blume Ventures and angel investors such as Rajan Anandan, Sumit Jain, Aprameya Radhakrishna, Sujeet Kumar, Phanindra Sama among others. The startup will use the funds for product development and scaling the platform for thousands of educators.

Zenify: Home aggregator and rental management startup Zenify raised $900K in Pre-Series A round of funding from High Networth Individuals (HNI). The startup plans to utilise the capital in further expanding its range of services in India and strengthening its team to compliment their capabilities.

Einsite: The startup that designs Internet-of-Things (IoT) based solutions for the construction and mining industries from its development centre in Hyderabad, raised an undisclosed amount of seed funding from KPCB Edge. The current round of funding in the form of uncapped convertible notes in the range of $100K-$200K will help Einsite get its product ready for the market by early 2017.

Stayzilla: Hotel booking platform  Stayzilla raised over $13 Mn in Series C round of funding led by its existing investors Matrix partners and Nexus Ventures. The funding round is reported to be split into three tranches of $8.8 Mn (INR 58.5 Cr), $1.9 Mn (INR 13 Cr) and $2.4 Mn (INR 16.3 Cr), between November 2015 and March 2016. The company plans to utilise the raised capital to improve product, technology and marketing initiatives for the alternate stay business.

Dream Wallets: Crowdfunding platform Dream Wallets secured an undisclosed amount of funding in seed round led by Rakesh Gupta and Aditya Aggarwal along with other investors who participated in this round including Siddharth Banerjee, Vikas Ranjan, Anshul Jindal, Sunil Koul, and Sanjeev Agrawal. The platform will use the newly raised funds to double up business development team, investment in technology, and for creating awareness about the crowd funding concept.

Fractal Analytics: Data analytics company Fractal Analytics raised $100 Mn (INR 667 Cr) from Malaysian sovereign wealth fund Khazanah Nasional Berhad. This round valued the company at around $300 Mn (INR 2,000 Cr). It will use the funding to accelerate its growth and invest in areas of artificial intelligence (AI).

Faircent: Peer-to-peer (P2P) lending platform Faircent raised an undisclosed amount of funding in Series A round led by JM Financial Products Ltd., a subsidiary of JM Financial Ltd.  The startup has diluted  9.84% of its stake in the deal. The startup plans to utilise the newly raised capital to further refine its tech-enabled risk mitigation algorithms through big data analytics.

HealthifyMe: Health and fitness app HealthifyMe raised $6 Mn (INR 40 Cr) in Series A round of funding led by IDG Ventures India, Inventus Capital, and Blume Ventures. The startup plans to use the newly raised capital to further develop its digital coaching platform and to accelerate growth in India.

Swiggy: Food ordering app Swiggy raised an additional $7 Mn (INR 47 Cr) from its existing investors Norwest Venture Partners, DST Global and Accel Partners. The new round of funding has valued the startup at $130 Mn (INR 865 Cr). With the funding, the startup plans to deep dive into its eight operational cities and maintain its market leadership position.

Locus: Logistics management startup Locus raised $2.75 Mn in Series A funding led by Exfinity Venture Partners. Other investors who participated in the round were Blume Ventures, BeeNext and Rajesh Ranavat.Its existing investors also participated in this round. With this Balakrishnan V joins the Locus board.

Momzjoy: An ecommerce portal designed to offer fashionable and stylish clothes for moms-to-be Momzjoy won the pitch on the Angel Summit stage. For winning the startup pitch, Momzjoy received INR 25K From KGS. The startup is currently aiming at scaling the business. Wockito, a business card management app was the runner up.

Galleri5: photo discovery platform Galleri5 has raised an undisclosed amount of funding from Redbus founder Phanindra Sama and TaxiForSure founder Raghunandan G. The startup said that it closed the round October 2015 and is utilising the funds for content development, hiring talent, marketing strategies, and talent acquisition.

Schoolwear: School products marketplace. Schoolwear.in raised $1.5 Mn in seed funding from the promoters of Mumbai-based publishing firm Navneet Education Ltd. The startup said it will mainly use the funds to launch a range of school products including uniforms, footwear and accessories across 500 schools in 15 cities by the end of this year. The company is mainly targeting Maharashtra, Gujarat and Goa states for expansion.

Derbii: Cab pooling app Derbii, run by Winwincab Rides Pvt. Ltd, raised an undisclosed amount of seed funding from Accenture managing director Anurag Chauhan. The startup said that it will use the new funds to improve its technology, get more users, and increase the number of cabs on the road.

Wow Express: Logistics startup Wow Exress raised $2 Mn in Pre Series A round of funding from US-based investor. The startup plans to utilise the funding in expanding to other geographical locations and enhancing its technology.

Online jewellery retailer BlueStone is in the process of raising around $30-40 Mn in Series D round of funding from existing investors including Kalaari Capital and Accel Partners.

Car rental startup Carzonrent is in talks to raise $20-$30 Mn fund from PE investors. It is banking on its self-drive business Myles to lead into the  unicorn status in the next few years.

With this, TinyOwl and Runnr are planning to merge in an all stock deal. Both companies with common investors – Sequoia & Nexus, aim to come out as an integrated hyperlocal delivery service, to win more customers and expand their business.

Also, Fashion ecommerce portal Freecultr is in final stages to be acquired by Arvind Internet. The sources close to the development confirmed the acquisition revealing that most of the employees have been asked to leave the company. The core team and founding members will join Arvind as the part of the deal.