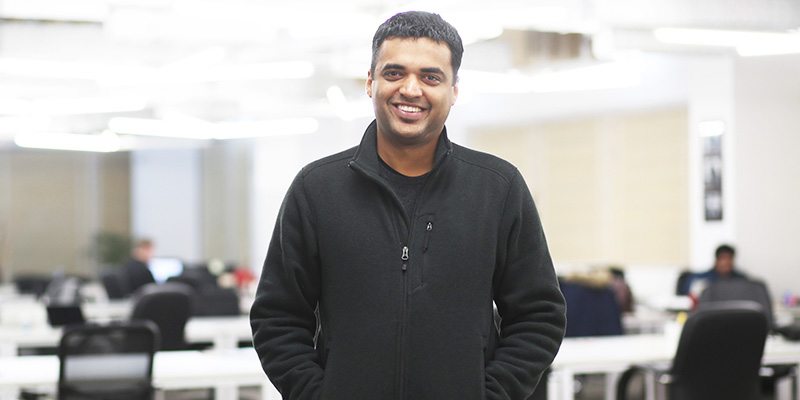 May is fast proving to be the month of markdowns for Indian startups. In less than a week after Fidelity Rutland Square Trust II and Valic Co. marked down their stake in Flipkart by 20%, it is now the turn of HSBC’s brokerage arm to slash down the paper valuation of restaurant-discovery platform Zomato by 50% to $500 Mn from the earlier valued $1 Bn.  This is about half the valuation at which the restaurant search firm raised its last round of funding in September.

“Zomato is present in 23 markets so early on and none is profitable, which implies that to address both the investments in last-mile delivery and losses in international operations, fund-raising will be a continuous phenomenon, suggesting current valuations don’t make much sense. We do a discounted cash flow (DCF) analysis and value the business at 50% lower to the $1-Bn valuation.”

InfoEdge which holds nearly 50% in the Gurgaon-based Zomato and also runs sites like Naukri.com, 99acres and Jeevansathi among others, however disagrees with the markdown. In a statement to Mint, Sanjeev Bikhchandani, founder and executive vice-chairman of Info Edge, said, “We respectfully disagree with several of the points raised by the HSBC report. Zomato’s “revenue has more than doubled in the last nine months and continues to head north at a good clip. Costs have been rationalised and burn is down by more than 70% from the peak. The company has plenty of cash and its unit economics are really good.”

Interestingly, in the same report, HSBC has also lowered the valuation of another InfoEdge investee company PolicyBazaar by 10% from the current $200 Mn.

However, the note by analysts Rajiv Sharma and Darpan Thakkar have a negative view and explain in detail why the brokerage firm affected the markdown. The notes say, “Competition will always find it easy to take share via other routes, particularly online last-mile delivery model. We understand that last-mile delivery is not easy but unless Zomato leads in this space it will find it tough to retain market share. Particularly, we have Swiggy in India which is very active in the space and has been getting funding at regular intervals.” As per the analysts, restaurants that pay for advertising only account for around 6-8% of Zomato’s overall database and the nascent online food ordering business will take time to develop into a strong revenue stream.

Meanwhile Zomato also disagrees with the brokerage firm’s negative view. Founder Deepinder Goyal has come up with a detailed blog post titled Unicorn Or Not  in which he spoke about Zomato’s GMV, ad sales profitability, and refuted arguments made by the report.

Nobody who knows our business has marked down our valuations. In fact, our existing investors are bullish about us, and are willing to back us further, if needed. And they have categorically said that our valuations are justified. Especially because we are more than doubling year on year, and the next year looks even more exciting for us. But external perceptions of valuations are determined by the state of the market, and the availability of facts to the person who is analysing these numbers.

In the last round, Zomato raised $60 Mn funding in September 2015, largely from Singapore’s Temasek Holdings Pte and existing investor Vy Capital, with the company being valued at about a billion dollars. The company, in which Info Edge owns about 47%, has raised about $225 Mn since inception in 2008. The markdown interestingly follows a spate of rough events at Zomato, which since the last year, has had to lay off 300 employees as it restructured its business, close operations in a few cities such as Lucknow, Kochi, Indore and Coimbatore, and even saw top talent leaving the company. The company ordered the food ordering segment in April 2015 last year and has been fighting it out with competitors such as Bangalore-based Swiggy and Rocket Internet-backed Foodpanda to gain market share in a category which has very high user acquisition costs.

Food technology sector has been witnessing a lot of churn with slowdown in funding and many startups either shutting down or getting acquired or downsizing as capital becomes scarcer. Case in point being food-tech startups Dazo and Eatlo which shut down operations last year and Internet-first kitchen Spoonjoy, which scaled down its operations in Bangalore and shut down in Delhi. Similarly, Foodpanda reduced its workforce by 15% in December in order to move towards profitability combined with adjustments to its business model. Likewise, TinyOwl fired around 160 employees last year, shutting operations in four cities. It is said to be in talks with B2B online service provider platform for hyperlocal logistics services Roadrunnr for a merger.

The battle in the food ordering space now looks limited to three players—Zomato, Swiggy, and Foodpanda. And if latest findings from Gigato, a mobile app and platform that allows app publishers to reward its users based on the data usage incurred on the app, are to be believed, Foodpanda dominated the food delivery space with 57 % people using the app to order food, followed by Zomato at 14% and TinyOwl at 12%.

Risk from formidable competition is something the report also stressed on. It said, “If companies in the online food delivery business, in particular, gain market traction, Zomato.com’s advertising business model could lose business. As a result, we think the company needs to develop a profitable online delivery business itself (and not outsource) at least in its top markets to complement restaurant search. This implies that Zomato.com will have to keep raising funds and investing for some more time to come, which would dampen profitability for a couple of years,”

In his blog post, however Deepinder allays these fears saying Zomato is far from done. He says, “ There’s something that we say often – “we are only 1% done”. We are truly 1% done, and if we continue to focus on execution, the noise will die down very soon.” It will be interesting to see Zomato’s 99% as the battle in the food ordering space intensifies.