A Trail For All Cities: The Journey Of Trell From An Instagram Handle To A Visual Blogging Platform With Over 30K Users

A Trail For All Cities: The Journey Of Trell From An Instagram Handle To A Visual Blogging Platform With Over 30K Users 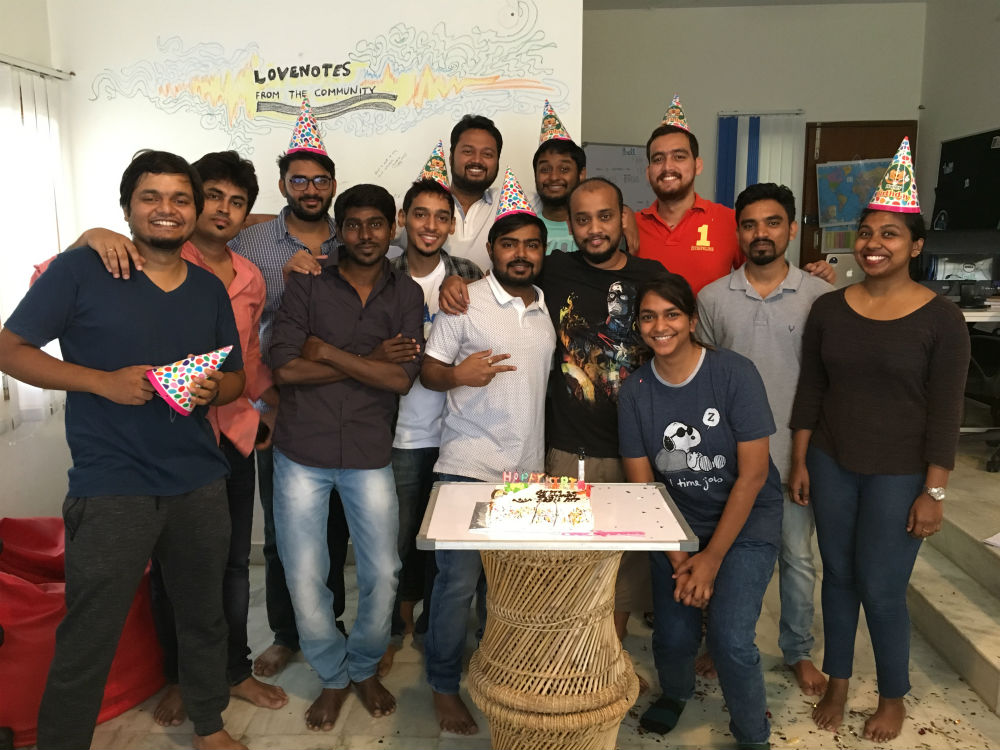 “What you seek is seeking you.” For Pulkit Agrawal, Co-founder and CEO Trell, a visual blogging app which started its journey from Instagram, that search started around three years back in Mumbai.

It was the time of Mumbai’s most famous festival Ganesh Chaturthi and Pulkit was looking for a good pandal to go to. He reminisces, “I had been in Mumbai for four years but I never got the chance to see good Ganesh Chaturthi celebrations apart from the famous ones. I didn’t know how it was celebrated in the local streets. Even on the Internet, almost everyone talked about those four-five famous pandals which everyone knows of.”

So Pulkit resorted to a local Mumbai friend who took him to those unheard of pandals which no one apart from a local would know of! For him, those culturally rich pandals on myriad themes like Swachh Bharat Abhiyan, Bollywood stars’ whereabouts, splendid Tamil architecture, Ramayana skits, were a revelation. When he asked his friend how she knew about these hidden gems, she revealed that information about such places is only available with localities and they would not share it anywhere online unless they are into blogging. More so, blogging is difficult and tedious for people who are not into writing and do not have time to write long-form content.

And that sparked the idea of filling this gap of sharing local interesting knowledge, even for people who are not into blogging. Pulkit explains, “So we wanted to solve this problem of how we can make it easier for people to blog and make it more fun. The idea was to make blogging ‘fun’, ‘visual’ and ‘intuitive’ for everyone including the teenagers so that they could use it easily to start sharing these local titbits and inspire journeys for people like us.

Thus, Trell (TRail experiences and tELL your friends) was born in November 2016. The team noticed that on Instagram there were lots of handles like Mumbai foodie were picking up quite well. They had more than 200,000 followers and getting a lot of likes and comments. So they first decided to start on Instagram to test waters, to see how people are discovering new things through such handles. 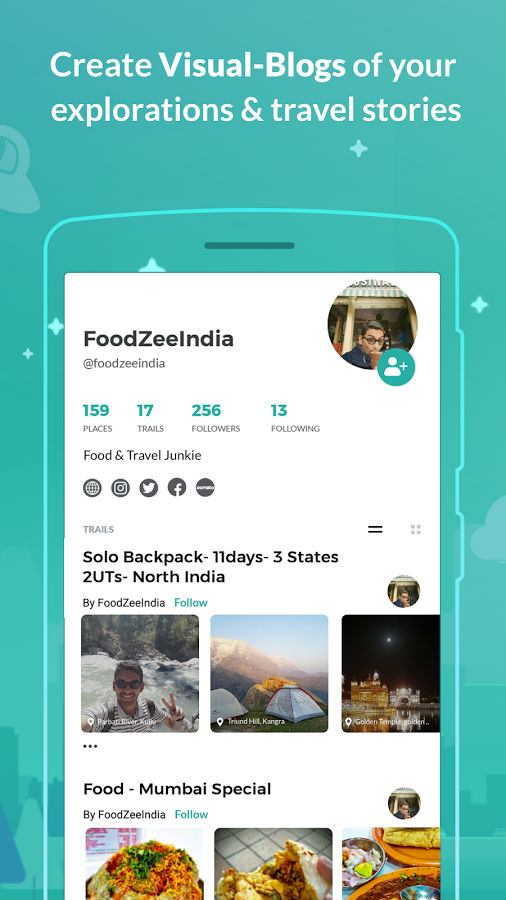 The visual blogging platform started off first as an Instagram handle (@trellingmumbai) in Mumbai and posted about exclusive and relatively unknown things in the city. Within four months, Trell started going viral with more than 40,000 followers. For Pulkit and his co-founders Prashant Sachan, Bimal Kartheek Rebba, Arun Lodhi and Nirav Sheth, that was a validation for the fact that there is a need for something like this. The team also started hosting meet-ups like photo walks or food ones and roping in some of the really good food, travel influencers. This helped them understand how these influencers are using Instagram to their advantage.

Interacting with more than 1000 bloggers and travelers personally led them to realise their needs, restrictions of existing platforms and gaps in the ecosystem. As a result, the team discovered that writing in English is not natural to all, so most were more inclined to using visual mediums. Thus, by combining these learnings from both the consumer’s and the creator’s end, they came up with a platform.

Trell is typically a visual blogging platform where people can create these visual stories, incorporate visual tags to make it easy to share their story. The location-based storytelling platform helps people create beautiful collections of their travel stories, favourite food places, and other explorations. It helps them in discovering new experiences around them through their peers, which they can save in a self-reminding bucket list. The startup launched the Trell app in July 2017 which is now is accessible on Android, iOS and Web. Trell’s initial focus was on Instagram, where it rapidly grew to more than 100,000 followers. Today that number stands close to 300,000. Post launching the latest version of the app two months back, the visual blogging platform now claims to have amassed more than 30,000 users who are using the platform actively and have created posts related to more than 25,000 locations. As of today, Pulkit claimed that there are roughly 80,000 visual blogging posts on the platform. 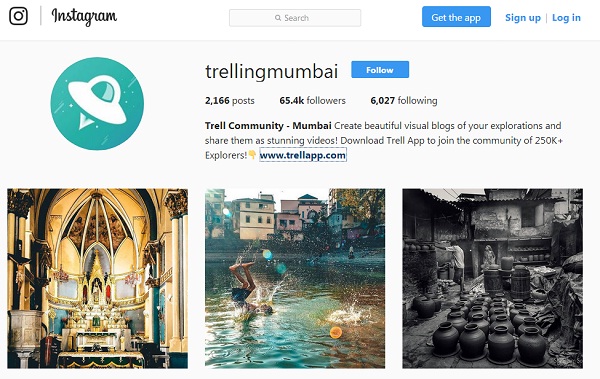 Trell reveals that people are not using it a normal blogging platform, but are rather talking about different things such as beautiful bungalows in Indiranagar (Bengaluru) or something beautiful in their community parks. The team claims the community in total has followers spread across 15 cities and reaches out to people with 5 Mn+ weekly impressions on Instagram.

Trell gives travelers and foodies an avenue to share their explorations as beautiful visual blogs called “Trails”. All trails are Google searchable which ensures the discovery of these visual blogs & people as they expect from a traditional blogging platform.

The startup is currently bootstrapped but in advance talks with some prominent investors for closing an angel-funding round. As per Pulkit, the funding will enable Trell to focus on enhancing the app experience and fuel user-base growth going ahead.

Trell Makes To ‘Top 20’ for the Worldwide Mobile UX Awards

As far as monetisation is concerned, Trell started monetising from its Instagram handle. And the same avenues are being leveraged on the platform as well. For instance, though the Instagram handle, it was able to get some of the advertisers to advertise on the handle or basically do influencer marketing. The startup also held various competitions and meetups for various brands.

In addition, Trell is also focusing on the data about the users and how to personalise it. So on the platform, it has an action button called Tryout. If someone likes some post about a place, one can tap on Tryout. It bookmarks the post by adding it to a self-reminding bucket-list. So whenever he/she is around that place, it will remind him/her that the place is in his/her bucket list. This is something the startup can again leverage for advertising. Also, the startup will explore in-app native advertisements and revenue through promoted places and business claims. 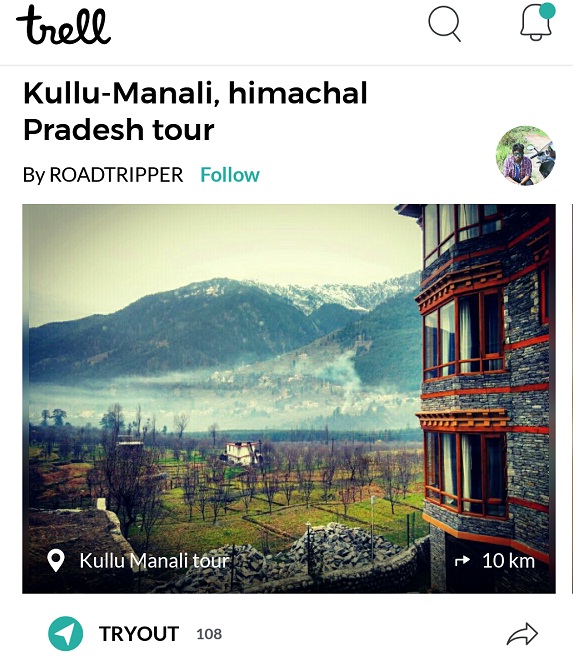 Along the way, Trell also got selected in StartupBootcamp’16 – (Europe’s Largest Accelerator) as “Top 10 promising startups worldwide”, Nasscomm’s 10K Program and FBStart’17 for the same. It is also the only Indian Startup which recently got featured in ‘Top 20′ for the Worldwide Mobile UX Awards which includes other heavyweights like Crunchbase, Wattpad, EventBrite etc recently got awarded for offering the best user-experience in Social and Communications category. 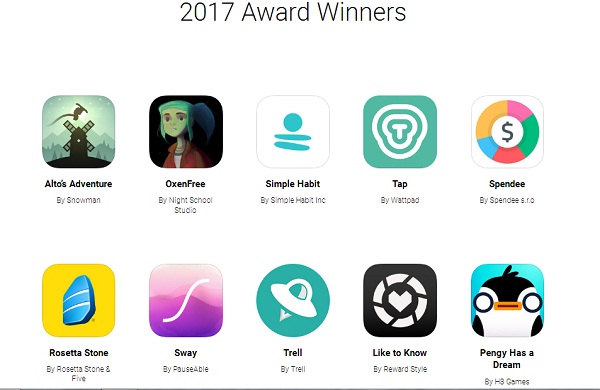 The Other Visual Discoverers

Pulkit states that Trell is not trying to compete with Instagram or any other social network because Trell doesn’t see itself as a social network. “We see ourselves as an interest-based network wherein people are coming and blogging about stuff they have been already doing,” he says. He points out that there will be very less non-useful content on Trell and more of interest based content on Trell. This contention is based on the feedback from the users also; who Pulkit claims do not compare it with Instagram or any other platform. Specifically, because Instagram is about your highlights of the living moment, whereas Trell is about the things that you explore on the basis of your interest.

However visual discovery is a growing space and Instagram and Pinterest remain one of the big contenders in this space. Another Bengaluru-based startup galleri5 also focuses on the same themes, enables users to find amazing photos of things they love, such as amazing places to travel to, interesting activities to try out, tempting culinary dishes to experiment and any other thing that might inspire someone. Hence Trell is not the only Indian startup surfing the visual discovery space. Meanwhile, in the discovery space, there are many others like Little Black Book.

Trell’s focus meanwhile is on how it can grow the community further. In that respect, the 10 member team is now trying to grow the community in Bengaluru specifically locals and travellers by organising meet-ups and competitions. As of now, most of the content on the platform is currently related to Bengaluru, then Mumbai, and then pan India.

The team believes that with increasing penetration of AI and IoT in this space, will help people further to ease the problem of visual discovery.

“The visual discovery space will become very interesting. If you see, right now even a class four or five student has a cell phone in his hands. He/she might not be able to write but is able to click photographs. There is the incredible potential that has got unlocked because of visuals and mobile. And on the other hand, there are still things going the traditional way. For instance, blogging, which is still desktop based. We see an interesting evolution that visual discovery will bring and we definitely want to be a part of it.”

As per Pulkit, the visual blogging platform has its sights set on the huge potential of the O2O Indian market with the total size of $92.5 Bn. With major expenditure in O2O space (~80%)  for brands being on marketing/advertising and data analytics, Trell aims to leverage this opportunity. However that being visual discovery and blogging is a vast space full of big contenders. Today, over 2 Bn photos are uploaded online every single day, with almost 90% of content being user-generated.

Instagram, Pinterest are some of the heavy-weight and heavily funded players in this space. By focusing on the mobile platform, Trell has its fundamentals in place for growth as the number of smartphone users increases. Smartphones which are projected to reach over 500 Mn customers in India by 2018 is going to see an app explosion soon. Last year, Indians downloaded 6.2 Bn apps through Google Play, up from 3.6 Bn in 2015, according to a recent report by App Annie. That marks the first time India seized the top spot for Android-app downloads, toppling longtime leader US. Trell’s timing is ripe but how far can even the visual blogging platform rise out of the shadow of its own more popular Instagram account to leverage this boom will be interesting to watch out.