Mumbai – Startup Underperformer Or Dark Horse In The Making?

Mumbai – Startup Underperformer Or Dark Horse In The Making? 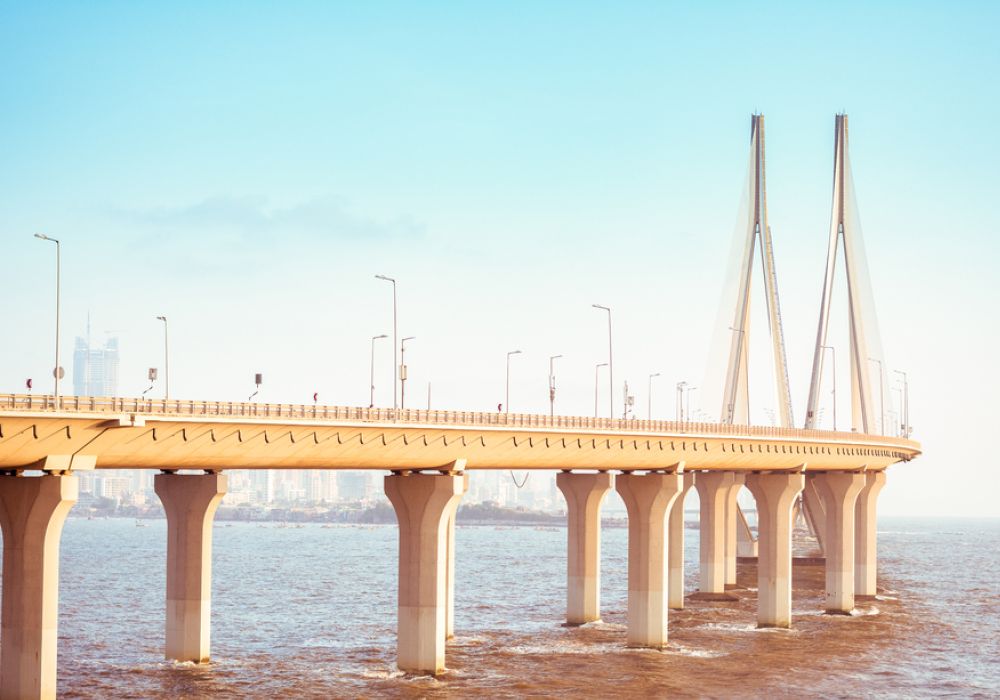 Startups in India are usually synonymous with two cities. Firstly, Bengaluru – with its glut of superlative tech talent – is the hub that springs to mind. Following closely, is Delhi/NCR with its uncanny, entrepreneurial, risk-friendly youth. Startups are businesses at the end of the day, and the city that had always been at the epicentre of Indian business cultivation is Mumbai. But the perception today is that the Maximum City seems to have lost it’s place in this new-age world of unconventional startup undertakings, preferring to cater to legacy businesses of old, some of which are exiting the city for nearby greener pastures such as Navi Mumbai and Pune.

Is this perception justified? We, at Inc42, answer with a firm nay. And we have facts to back this claim up.

Numbers Do Not Lie 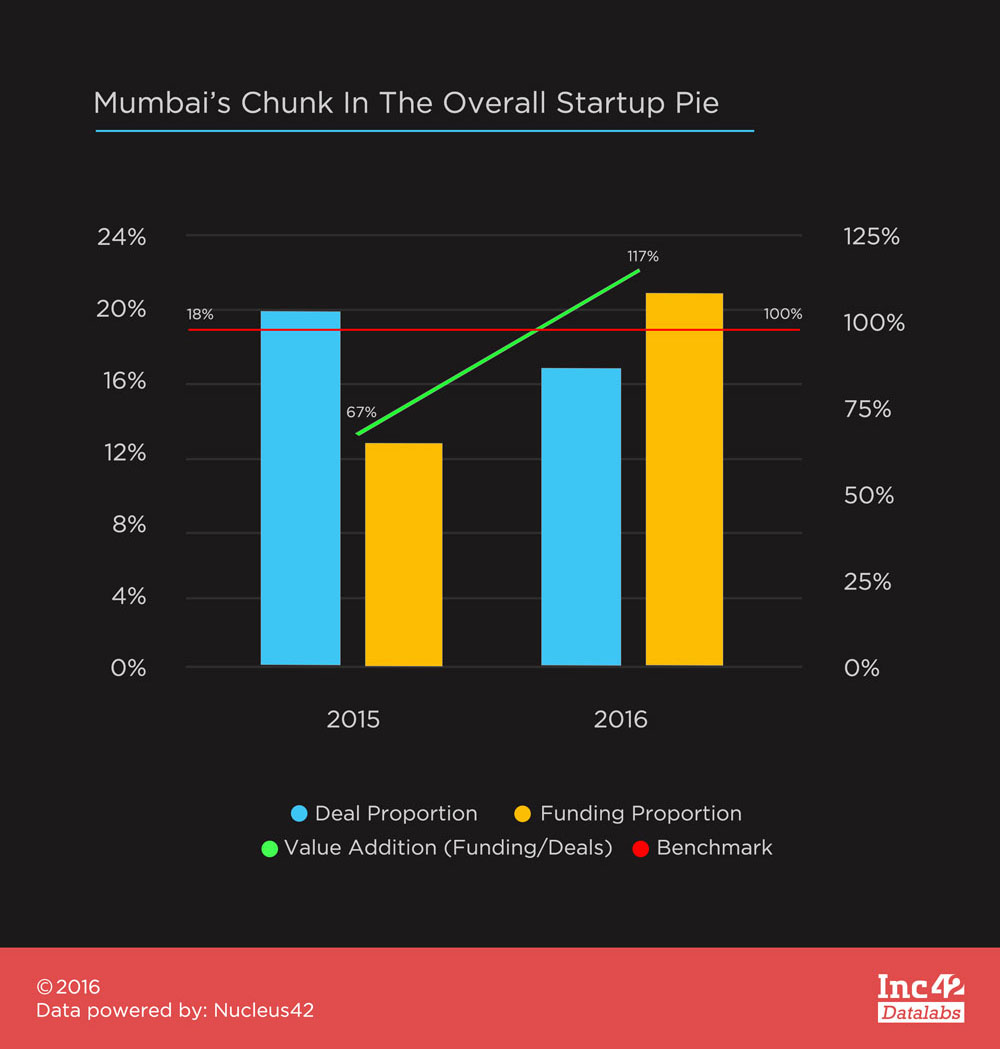 The city grossed an extremely respectable 20% of the entire startup deal flow in 2015 but could not maintain the same proportion in terms of funding amount. However, in an overall relatively slow 2016, Mumbai has come into its own, with grabbing 17% of the deal flow and a sizable increase in proportion in funding value. With $866.36 Mn in funding, the city was apportioned 21% of the total funding size of the Indian market in 2016.

However, the highlight of Mumbai’s performance is the value addition per deal. This figure answers the question of how much does each deal contribute towards the overall funding pool. Under 100% is less than average and over is above average.

This is the key metric where Mumbai has surpassed its metropolitan rivals in 2016, with each deal contributing, on an average, an additional 17% compared to the mean of all cities combined. What is even more heartening to see is that, this jump is almost 2x times as what was last year. 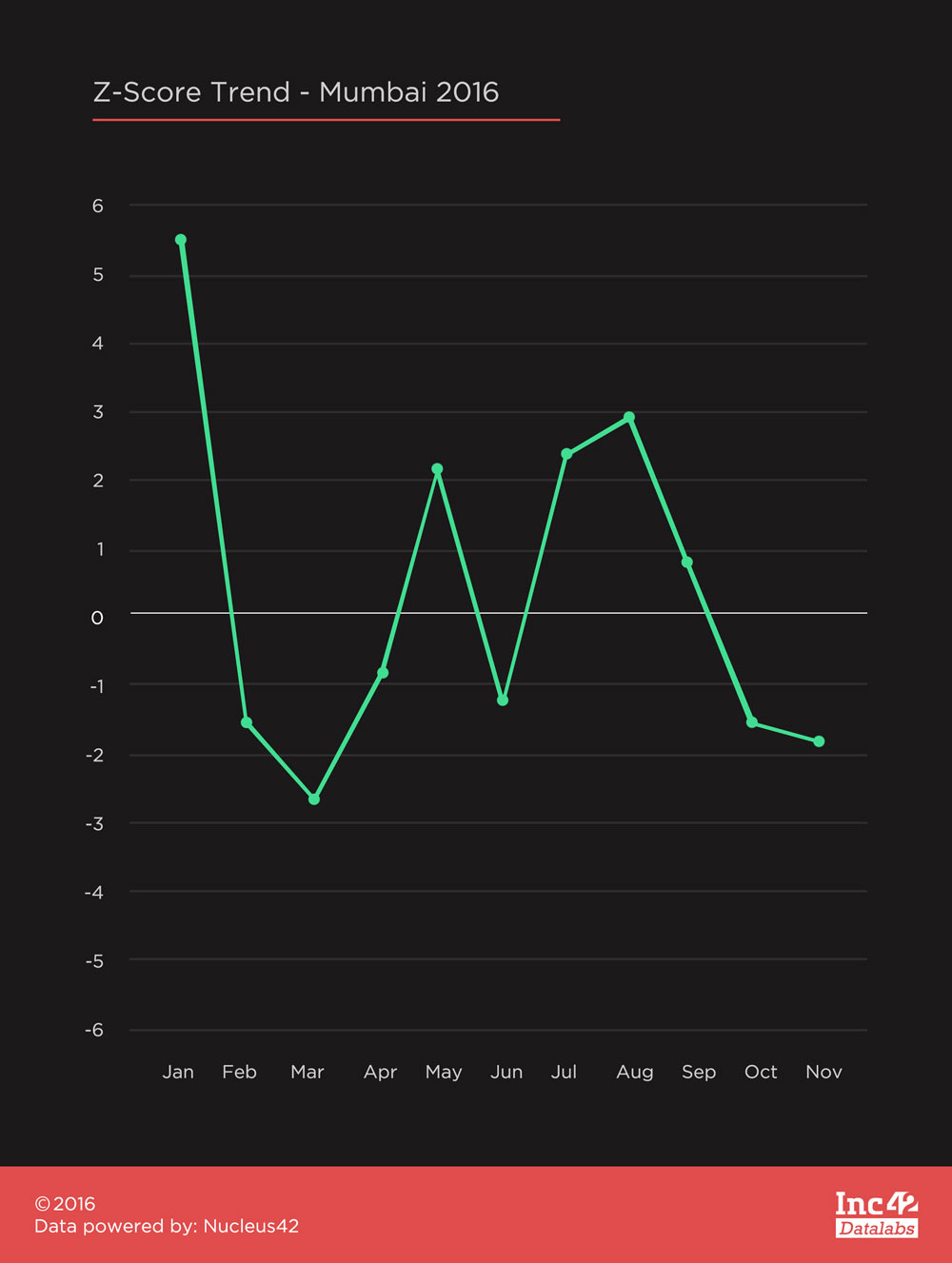 Startups in Mumbai, on an average, have been bagging a larger value ticket than their peers in other cities. The reason for this usually boils down to the quality of startups or their perceived value, which investors seem to believe is better than other cities.

These figures are an important testament to the city’s potential and fintech and media/entertainment companies mushrooming in an extremely favourable environment, we expect Mumbai to keep the momentum going in the coming year.