Why did Google make the Viral Ad, “Reunion”, for Promoting “Search” in India where it has over 97% market share?

Why did Google make the Viral Ad, “Reunion”, for Promoting “Search” in India where it has over 97% market share? 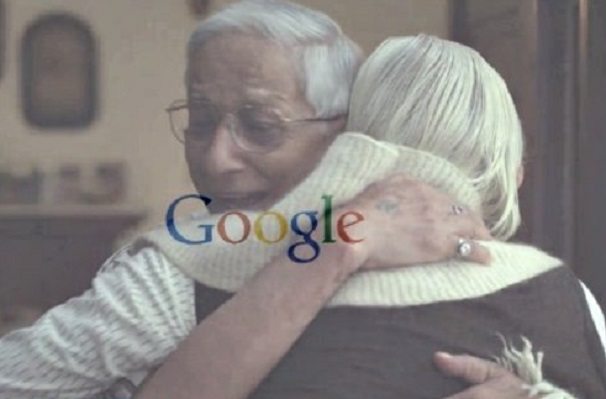 The answer lies in the future not the present.

Google just released a beautiful ad few days back telling a fictional story about how two old men who were great friends before the Indo-Pak partition and got separated on each side of border because of the painful event, get to meet each other after 60 years, with a lot of help from Google search.

For those of you who haven’t seen it, here’s the “Reunion” ad which has already gained over 5 million views in 6 days since it was released.

Now, 3 million views is a good number to gloat about but as Ramesh Srivats said on twitter cheekily, what’s the point of making such a costly three and a half minutes long ad film when Google anyways has a 97% market share in search in India.

The answer lies in threats that Google sees in a future where a search query starting with a browser visit to www.google.com URL itself may be irrelevant in the fast emerging world of connected smart mobile devices. As is apparent from chart below, Mobile is already 62.5% of traffic in India compared to 37.5% for desktop — So, Google knows that more and more of its target users are on mobile and not on desktops. But even on mobile, the dominant use case is shifting towards access from smart devices rather than from features phones.

How vertical apps on smartphones & tablets chip away at Google search

On smartphones & tablets, the dominant form of content consumption is via apps and not via a mobile browser. The reason being that the experience of a web service via a native app is much better than on a mobile browser, and thereby most users shift to an app usage paradigm. So, even though Google might have a 97% market share in browser search, the whole concept of “search” itself may be changing and Google is not necessarily competing with a Bing or Yahoo in this new world but with apps satisfying a vertical need or category demand.

So, whereas earlier a search for Restaurant for an evening-out with friends might have started with “Restaurant in South Delhi serving Chinese food” on desktop browser, today a user is more likely to do it via Zomato app (a Yelp like service in India) while being on the move. Similarly, a query for “buy Samsung Galaxy Note 3″ might have been easier to type on a desktop browser but on a touch smartphone, it’s much more difficult to type and thus a user would prefer to open an Amazon or Flipkart mobile app and reach to Galaxy Note 3 via just 3-4 taps on small mobile screen (Home->Mobiles->Samsung->Note 3) since the experience is much more visual and faster.

In this new world, Google is trying to in-build as many services as part of its search engine where Google gives you the best contextual information on your home screen based on your location, time of day and previous history information that it has on you using Google Search, Gmail, Youtube, Chrome, Google+ and Google Maps. It’s all part of a product called “Google Now” which Google is integrating deep into Android and is part of Google’s iOS search app which users would experience more and more going ahead.

Even though the Google search “Reunion” ad starts with a desktop experience of Google, it quickly shifts to a mobile only experience where the younger generation kids are firing up Google from their mobile devices and are also experiencing these newer integrated services such as flight information and weather in display card forms. Eventually, the idea is to tell users that Google will take care of all the information you need, whenever you’ll want it wherever you’ll want it — you don’t need to install or open that Weather or OTA (online travel agents like MakeMyTrip, ClearTrip, Goibibo) or maps app on your smartphone. And hence, the need for this ad right now as Android is starting to take off big time in India and a lot of these users are mobile-first users who’ve probably never used desktop in their lives. If these new users start their web journeys with vertical apps instead of Google, their chances of coming back to Google would be very difficult.

The ad, even though has a good emotional track, is actually trying to crack Google’s biggest worry — that consumers would start using apps instead of Google’s services to get to their destinations on mobile. The approach is correct but increasingly it’s a tough battle in which the playing field might not be to Google’s advantage.

About The Author – Himanshu Gupta