Indian startups this week have raised over $130 Mn across 27 deals. Most investments were seen in the ecommerce, enterprise tech and fintech segment

Snapdeal plans to go for IPO at a valuation of $2.5 Bn; MapMyIndia has filed for its DRHP with SEBI and will be selling 7,547,959 equity shares

In one of India’s biggest fintech deal, PayU has acquired BillDesk for $4.7 Bn 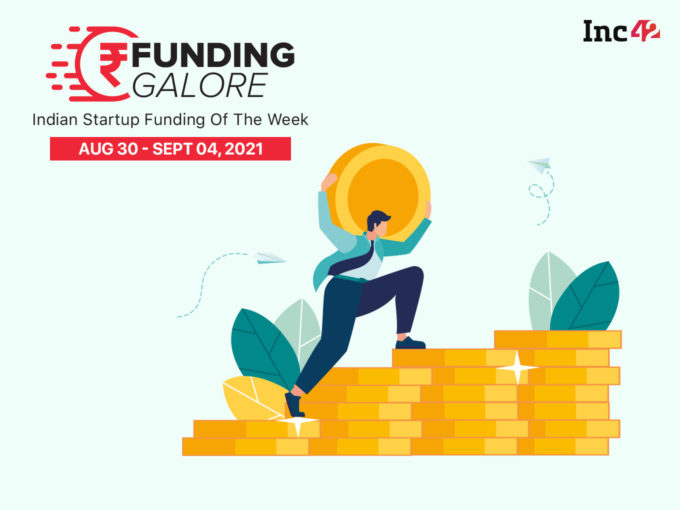 Funding into Indian startups has declined over the past few weeks, with this week also bringing a sharp drop in total funding raised and the number of deals. With over 27 funding rounds, Indian startups have raised over $130 Mn this week, compared to $228 Mn raised last week and  $743 Mn raised in the week before that (August 16-21, 2021).

The biggest round this week was raised by Skit, formerly Vernacular.ai, which secured $23 Mn in its Series B round WestBridge Capital, Kalaari Capital, Exfinity Ventures, and others.

D2C health brand Soothe Healthcare completed its Series C round and raked in $13.6 Mn to fuel its growth plans and accelerate domestic manufacturing.

Further, Mumbai-based fraud detection startup IDfy has made filings to raise $12 Mn from TransUnion International and Blume Ventures. Y Combinator-backed Bikayi raised a $10.8 Mn Series A round led by Sequoia Capital India and will be looking to boost product development, acquisition and talent hiring.

Out of the 27 deals this week, most investments were seen in the enterprise tech (6), fintech (6) and ecommerce (6) sectors. Here are all the funding rounds disclosed this week:

Snapdeal is reportedly in talks for filing an IPO that could rake in $400 Mn. The Softbank-backed ecommerce platform is said to be looking to list on the Bombay Stock Exchange at a valuation of $2.5 Bn.

Snapdeal now joins the lists of startups such as hospitality unicorn OYO, cab-hailing service Ola, along with Walmart-owned Flipkart which are now in talks to go public next year.

MapMyIndia has filed its draft red herring prospectus (DRHP) with SEBI. The mapping tech startup will be selling 7,547,959 equity shares to raise funds in the public offering.

In the IPO, MapMyIndia’s executive director Rashmi Verma will be offloading up to 3,070,033 shares. The startup’s early backer Qualcomm is looking to sell 2,026,055 equity shares and Japanese map publisher Zenrin is looking to offload up to 1,027,471 equity shares.

Ola Brings In CitiGroup & Kotak Mahindra To Manage Its IPO

Ola will be seeking a valuation of more than $8 Bn in the IPO and is likely to file its draft red herring prospectus (DRHP) before the end of the year. Last month, Ola’s founder Bhavish Agarwal had revealed Ola’s plan to go for an IPO next year, followed by the public listing for Ola Electric.

Investment giant T Rowe Price, which invested in Paytm in 2019, has marked up the share price of the company by over 16% from the original price it paid during its investment.

For the quarter ending in June 2021, at least two mutual funds priced the fintech giant’s shares at $295 compared to the original $254. This is approximately a 57% increase compared to the valuation in the year-ago quarter, when shares were marked down to $188.

With this deal, PayU and BillDesk will together own a wide market share in the online payments and billing providers and become one of the biggest entities in this domain globally, in terms of total payment volume. The deal is awaiting its approval from the CCI.

Billdesk is the fourth major acquisition by PayU after CitrusPay, WImbo, and PaySense.

Reliance Retail has become the largest shareholder and taken sole control of Just Dial Limited by acquiring a 40.98% stake in the company.

Upskilling platform Scaler Academy (formerly InterviewBit) has acquired edtech platform Coding Elements in an all-cash deal worth $1 Mn. Both the companies have been in talks for a month after Scaler ventured into data science and machine learning courses. The acquisition will add product-based and strategy-rich courses to Scaler’s portfolio.

Venture capital firm Accel has announced the launch of Accel Atoms, its pre-seed accelerator programme, where it will invest up to $250K in early stage startups through uncapped convertible notes.

Venture debt firm Trifecta Capital has announced its third venture debt fund with a corpus of INR 1,000 Cr ($133 Mn). ‘Trifecta Venture Debt Fund – III’ will also include a greenshoe option of INR 500 Cr ($67 Mn). The firm is, however, yet to announce its first close and is currently in the process of raising funds.